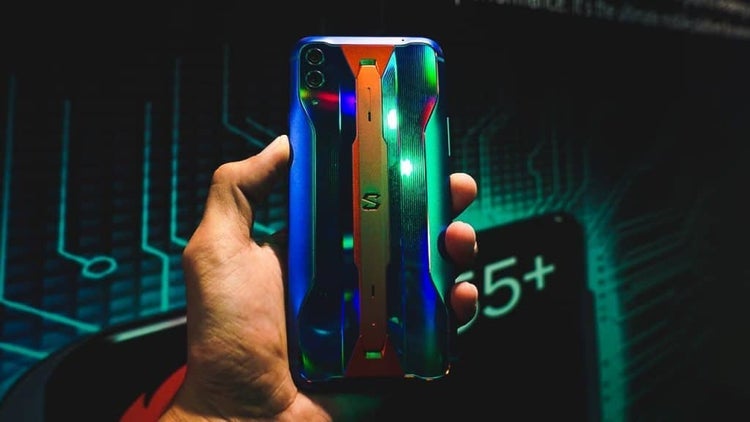 As the launch date coming near and near the most exciting Xiaomi’s black shark showed it’s live pictures in the video. The Xiaomi Black Shark 3 will arrive on March 3, but today, the company also opened pre-registrations and published a couple of teasers, revealing the design of the phone.

It is now clear that the phone will offer a 90Hz screen with a touch sampling rate of 270Hz, the fastest touch probe so far on a smartphone.

There is also an impressive 24 ms single-finger touch response delay, while the multi-finger touch log is recorded at 28 ms. This should be sufficient to minimize entry delay and ensure a smooth and optimal gaming experience.

The video also gives us an idea of ​​the front of the phone that reveals a design similar to the previous one. We have a 3.5mm audio jack on the top and dual front stereo speakers. No notches, no cuts.

And in regards to the subsequent design, it seems to be in line with the current design language of the series: LED illuminated logo along with other LED accents and what appears to be a combination of glass and aluminum for the rear panel. We will soon discover more about the phone.

The Black Shark 3 will feature Qualcomm’s all-powerful Snapdragon 865, a QHD + display with a refresh rate of 120Hz. In addition, rumors suggest a 5,000 mAh battery with 65W fast charge support. Soon we will know more about the smartphone.