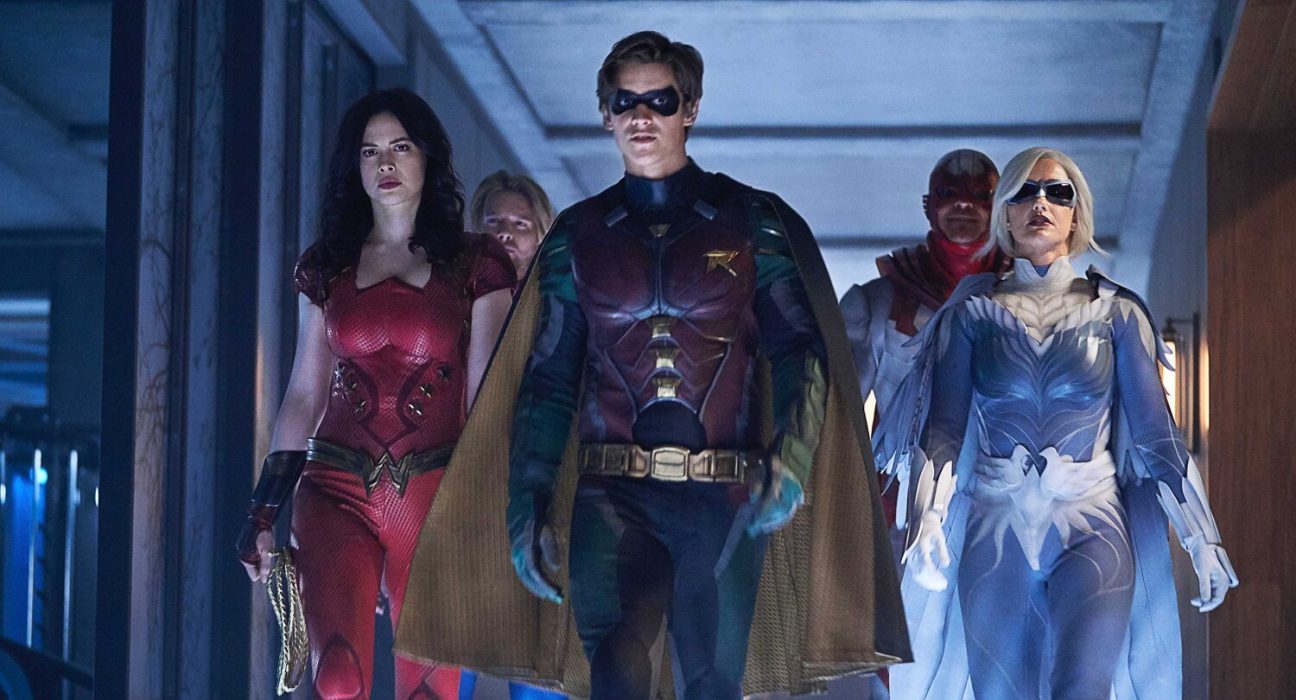 The shooting of Titans Season 3 wrapped up abruptly due to coronavirus. The global pandemic plagued Hollywood, and Titans didn’t remain untouched. But there is exciting news for all the fans out there! DC’s ‘Titans’ is hoping to start rolling the cameras soon and would do so as soon as the lockdown ends.

Its creator Akiva Goldsman has sent the word out that the series looks forward to starting shooting again. DC Universe’s flagship was renewed for a third season last year ahead of season 2 finale, expected to be released in fall 2020. However, corona came, and the shooting was stalled. Nonetheless, Akiva is optimistic about the show getting back to running as and when the restrictions are lifted.

The producer Greg Walker added, “Everything is a bit slowed down, obviously. Titans Season 3 is planning to go in front of the cameras as soon as possible.”

What The Titans Is All About?

Titans season 1 got a mixed reaction from the audience. However, the series indeed found itself in season 2 when it added Game of Thrones star Lain Glen.

Will The Season Get Delayed In Its Release?

The Titans Season 3 was scheduled to come around by mid of 2020. However, due to the lockdown, it might get delayed. Although no official announcement is made, it is but evident that the show would not come up at the expected time.

The producer Greg has expressed his frustration with this. But he also said that we really could not do anything. The show would get back to sets as soon as possible.

Season 2 had a splendid end with the death of Deathstroke and the arrival of Blackfire on Earth. And now, season 3 has to match the set benchmark. However, it is reported that the viewers were not exactly satisfied with the season. This might bring the revival of a few dead characters in Titans Season 3.

The third season of the popular series would probably work on the character of Beast Boy. It is one of this series’ most talked-about personalities. Beast Boy’s ability to select the form of animals can bring a shift in the outlook of the series. We’re anticipating a role for Beast Boy in the third season of the titan.

In a similar vein of surprises, Donna might be back sooner than expected to make Dick leave Robin’s original identity. A lot of surprises are waiting for the viewers as Titans season 3 appears on screens.

The American Superhero TV-Series has left a mark on its fans with its impressive storyline. We can hope that this lockdown gives the writers time to refine and perfect their plotlines for season 3. We probably might witness one of the best seasons of Titans then.

Stay tuned with us as we keep updating you with the latest news!