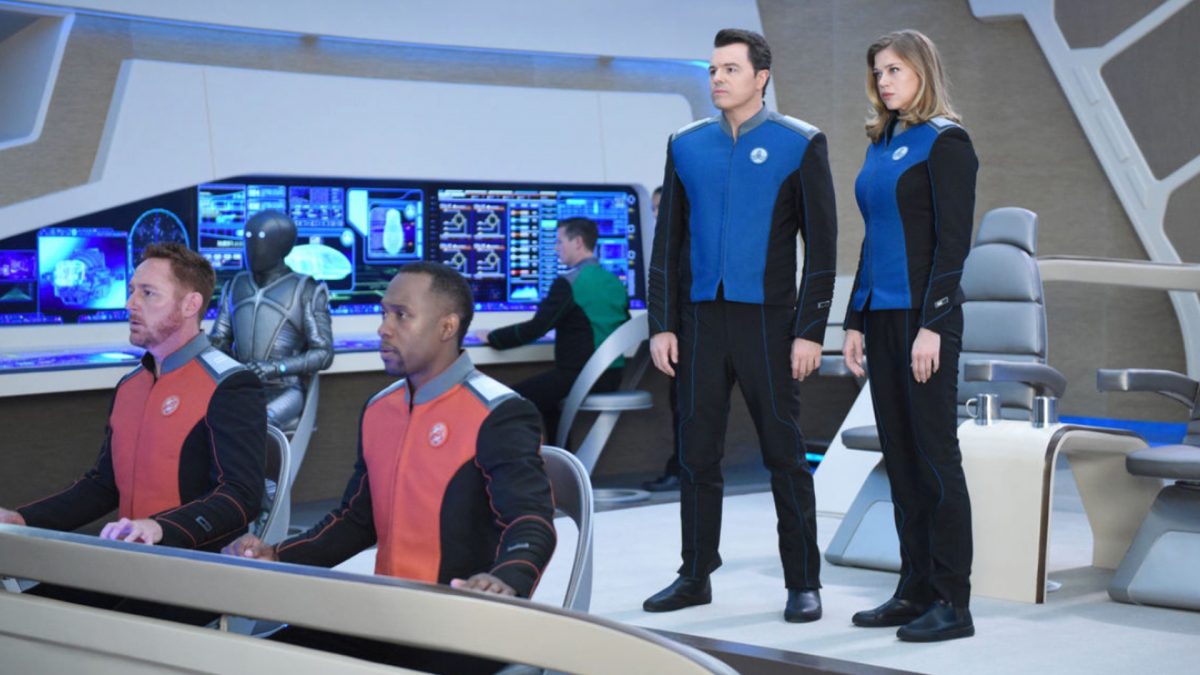 The Orville Season 3: Two seasons of The Orville are out. With these two seasons under the belt, fans are desperately asking for what could happen in The Orville Season 3—happening or not? It is a big question. There is good news, more of The Orville is coming. However, there are changes in where you watch it. Hulu is the new home for the tv show. Created by Seth MacFarlane, the show will now stream as Hulu Original. What could be coming up? When could the series premiere, are a few questions that top the list. Here is everything to know about The Orville Season 3

Is The Orville Season 3 Renewed?

All the Orville fans, it’s time to rejoice. The Orville Season 3 is officially happening. Now, the show wouldn’t disappear forever. However, there is a slight change. The show is leaving FOX and joining Hulu. Hulu has picked up the series for a set of 11 episodes. This time the show will have a longer run time, adding 10 minutes to each episode. MacFarlane had announced this new deal at San Diego Comic-Con back in July 2019. The cast and the crew will not have to face any problems as Fox and Hulu are both Disney Productions.

While not many details about what could be coming up in Orville season 3 is out, Goodman has dropped some hints. First, they will deal with the repercussions that Isaac’s decisions might have caused. That wasn’t addressed in the second season, so Orville Season 3 might answer them. In an interview with Trek Movie, Goodman said that they would continue to make standalone episodes. However, they will dive deeper into the Union. They will explore the aliens and their own characters.

Along with Isaac’s storyline, Orville season 3 will also answer many other questions that the second season of the show might have left dangling. MacFarlane says that they are taking “up the stakes.” They will expand the characters and the storylines Goodman added. There will be more of a serious element. The show can’t always be fun space action. They will now link it somehow to the current society and social mores. The emotional stories will drive the show, he said.

The latest updates around The Orville Season 3 is that we will get to see new cast addition. Anne Winters is joining the cast of The Orville Season 3 as series regular. She is coming in to play a character called Charly Burke. The actress is famous for her works in ABC’s Grand Hotel, Netflix’s 13 Reasons Why, and Go90’s Zac and Mia. She has also been a part of FX’s Tyrant, ABC’s Wicked City, and Freeform’s The Forster. She recently appeared in movies- Mom and Dad, and Night School.

The show is created by Seth McFarlane. He continues to be the face of the show. Adrianna Palicki, Penny Johnson Jerald, Scott Grimes, and many more actors will join him in the show. In the second season of The Orville, fans had to bid goodbye to Halston Sage. The actress played Lt.Alara Kitan. The character was then replaced by Lt. Talla Keyali, played by Jessica Szohr.

When Will The Series Hit Screens?

In a statement, McFarlane has said that the show is evolving. It is becoming more ambitious, production-w ise. So, they knew they wouldn’t be able to deliver the episodes until 2020. It became very challenging for the network; hence they had to shift from FOX to Hulu. Then they decided that the show will hit the screens in the second half of 2020. However, taking into account the production halt due to the COVID-19 situation, it looks like The Orville Season 3 will premiere sometime in 2021.

This delay is indeed heartbreaking, but we all have to be hopeful. As soon as things get under control, the show will resume production. Updates will keep coming up as the productions start. We will keep passing them to you so you stay tuned with us.