Home Entertainment Matthew Perry: Amazing Transformation In All These Years, From Fame To Addiction To Getting Back On His Feet
Entertainment News

Matthew Perry: Amazing Transformation In All These Years, From Fame To Addiction To Getting Back On His Feet 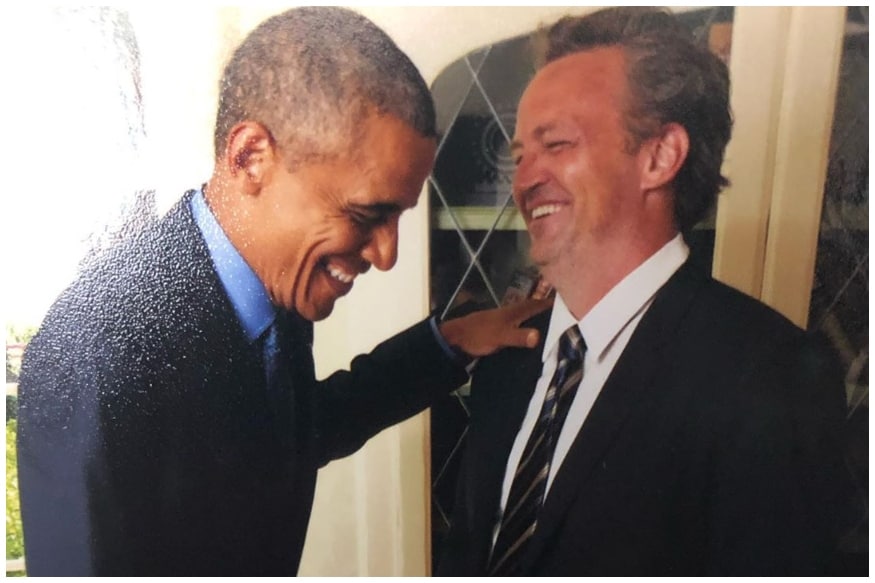 Born on August 19, 1969, Matthew Perry grew up in Williamstown and Los Angeles. His father- John Bennett Perry, was also an actor and split up with his mother- Suzanne, when Matthew was only an infant. Perry has been a part of many films and shows. However, the actor became very popular for his character- “Chandler Bing” from the sitcom “Friends.” He had started his career earlier in life.

Growing up, Perry had two passions, acting, and tennis. The actor initially grew up in Ottawa, Canada. At the age of 15, he moved to L.A. to live with his father.

Matthew played the character Chazz Russell in the tv series Second Chance. Later on, the show was called Boys Will Be Boys with a change in plot. The show then focussed more on Chazz and his friends’ adventures. Then in 1988, Perry made his screen debut in the film- A Night in the Life of Jimmy Reardon.

Matthew Did A Lot Of Television In the 1990s

In the 1990s, Matthew Perry did many tv shows. He played a rookie cop- Billy in the sitcom ‘Sydney.’ The show, later on, premiered on CBS in 1990. At the same time, he was also a part of many other tv shows and movies, including- Call me Anna that released in 1990, Deadly Relations in 1993, and Parallel Lives in 1994.

In 1994 Perry found his big break. He bagged the role of ‘Chandler Bing’ in the popular sitcom ‘Friends.’ Chandler was a witty and sarcastic character who shared his apartment with an aspiring actor- Joey. Matt LeBlanc, Courteney Cox, Jennifer Aniston, David Schwimmer, and Lisa Kudrow were also the lead roles in the show. The show proved to be a huge hit.

The Hit To The Bottom

The show became hit. Matthew finally had the popularity he dreamt of. The actor says that he was in the white-hot flame of fame. They were everywhere, all the time. That is the time when his personal life wasn’t very easy. The actor says that from outside everyone thought that it was all easy and he had got everything, but it was very lonely. He got addicted to drugs and alcohol.

When the actor was addicted to the pills, he went to rehab in 1997. He spent 28 days in the facility. However, he couldn’t stay sober for long. In May 2000, he was admitted to a medical center in L.A. for pancreatitis. He had inflammation of the pancreas because of alcohol addiction. That could have been deadly for him. That was his wakeup call, and then he dealt with the addiction and won the battle.

While Perry was working on ‘Friends,’ he was working on many other projects at the same time. He had been a part of many comedies that include Salma Hayek, Fools Rush In, Almost Heroes, and Three to Tango. However, none of these movies could be big names. Then, The actor did find some commercial success when The Whole Nine Yards released in 2000.

Matthew Perry later got back on his feet and reprised his role as Nicholas Oz Oseransky in 2004. He played a role in the movie ‘The Whole Ten Yards,’ a sequel to ‘The Whole Nine Yards.’ After that, he bagged the lead role in ‘The Ron Clark Story’ in 2006. His performance in the movie was critically acclaimed. In 2011, Matthew starred in a television sitcom- Mr. Sunshine, as Ben Donovan.

Work In The Past Decade

Matthew has been a part of several projects in the past decade, including ‘Go On.’ The show ran from 2012 to 2013. Then he was a guest-star in CBS drama- The Good Wife. Later on, Perry made his British TV debut in 2014. He appeared in ‘The Dog Thrower.’ He was also a part of ‘The End of Longing.’

Matthew was supposed to be a part of the friends’ reunion with the whole original star cast. However, now, with the global pandemic, that has been shelved. Now, the actor is trying to be safe and in the epidemic. He keeps updating his fans about his days on his Instagram.