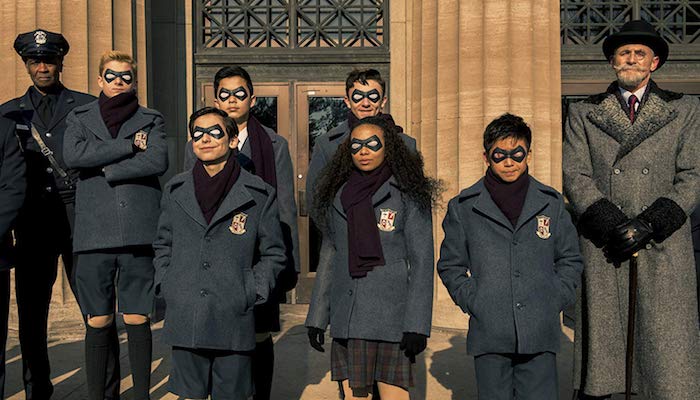 Netflix’s The Umbrella Academy is returning for its another super-exciting season. Just now, Netflix officially released the first few images of the second installment. With the end of the first season, viewers were left high and dry. Although, the upcoming season will undoubtedly uncover all the secrets ahead. We have gathered some news regarding The Umbrella Academy Season 2, know below.

The Umbrella Academy is a superhero web series based on the comic book of the same name. Created by Steve Blackman, Jeremy Slater, the show revolves around a dysfunctional family. The Umbrella Academy has received positive reviews from critics and many praises ever since its debut last year in April.

The show is about a family of adopted sibling superheroes who reunites to solve the mystery of father’s death and the threat of an impending apocalypse. The first season of Netflix’s moody superhero drama, The Umbrella Academy, ended with a not-so-positive note, Hargreeves did not save the world. After loosing powers, Vanya spurs the end of the world. Let’s see what the second season will bring for its fans.

Netflix has released the first look as well as the official synopsis of the second season. The second season will see Hargreeves siblings scattered throughout the 1960s in Dallas. Five lands in the middle of another apocalypse, and yet they have to find the way to gather together. Their reuniting will help them to go back to the present day. However, some have been stuck in the past for years. They have built up their lives and moved on; they are the only ones who survived this uncertainty.

While hunted by a trio of Swedish assassins, they will find a way to stay out of the mess. The show features stars like Ellen Page, Tom Hopper, David, Robert Sheehan, Aidan Gallagher, Emmy, and Justin. More magic and more drama are ahead to come.

The World Is Not Saved!

Hargreeves did not save the world. Steves Blackman talks about where Hargreeves exactly went in an interview with The Hollywood Reporter. Steve wanted this part of the show about Hargreeves to be the best cliffhanger. He stated that the apocalypse in snot solved. Therefore, the world is not protected from a lot of drama ahead. Although this part is not mentioned in the comic book, they wanted it to be Netflix’s original cliffhanger. Further details of what happened to Hargreeves will be revealed with the coming of The Umbrella Academy Season 2. Moreover, we have seen before the cast members gathering on a video conference, announcing the release date of the show.

The official trailer of the second season is yet to come. But, some of the photos from the upcoming season are out on the web. The Umbrella Academy Season 2 will release on July 31, 2020. This new season of adventure will be available on Netflix worldwide. Therefore, get ready for more drama and thrill ahead. Till then, stay safe and be in the virtual touch with us.