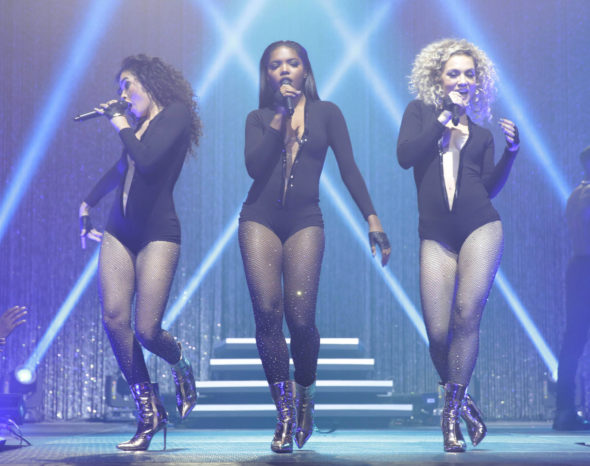 Fox’s musical drama Star has had a runtime of three seasons. All the show fans are eagerly looking ahead for Star Season 4. The show follows three very talented singers running from their past and trying to start all over. The trio is ambitious of fame. While they go through the cutthroat music business, they learn it isn’t at all a cakewalk. The show first premiered in December 2016. Fox’s other show- Empire took on as the lead-in of Star. The show stars Queen Latifah, Jude Demorest, Brittany O’Grady, Ryan Destiny, Quincy Brown, and Amiyah Scott. While Star was airing, Amiyah Scott came out openly as the third transgender person to play a lead trans character on a TV drama series.

Created by Lee Daniels and Tom Donaghy, Star exists in the same musical universe as Empire. In the second season, the shows even crossed over. Star includes many huge names as guest stars, including Naomi Campbell, Lenny Kravitz, Gladys Knight, Tyrese Gibson, and Big Boi, among others. Paris Jackson made her acting debut through the series. As we look forward to Star Season 4, Here are all the details about-

Even after all the efforts by creator Lee Daniels, Fox has canceled the musical show- Star. Daniels took on to Instagram to share the unfortunate news. He posted a video speaking about the cancelation.

Followers can see the creator saying that he has some bad news. The show isn’t happening. Daniels says that he tried his best. They had incredible people, so many that he cannot even list everyone. He will have to write a letter to name everyone. The creator continued to say that, in a nutshell, ‘Star‘ is not happening. He said he just wanted all fans to know that he tried his best. Counting other shows like Precious or Empire, Butler, and Monster’s Ball, the next is Star

. Creator says that the show will now exist as being a part of his work. He thanked all the fans for their support and love.

Why Did Fox Cancel The Show?

In an interview with Deadline Charlie Collier (Fox Entertainment CEO) revealed that they had to keep one show between Empire and Star. Star’s cancellation came as they prioritized Empire as it was on for its sixth and final season. Collier called the cancellation of the musical drama a tough choice. But, they wanted to give Empire a send-off it deserved.

Speaking on Fox’s behalf in a press call, Collier says that they looked at their priorities. He went on to say that it was challenging for them to move Empire to the 9 pm slot because Star was always the lead out from the show. They didn’t have a 10 pm slot, so that was another tough choice they had to make while choosing between Star and Empire.

Honestly, Star’s cancellation wasn’t unexpected. Recently Fox has picked up many new dramas. The musical drama- Star ranked solid but could not grab great ratings. Along with that, the production of the show is very expensive. Star’s International sale has particularly very difficult. All this only added the cancellation of Star Season 4.