Fear The Walking Dead Season 6: Release Date Out! Will Morgan Jones Return In The Upcoming Season? 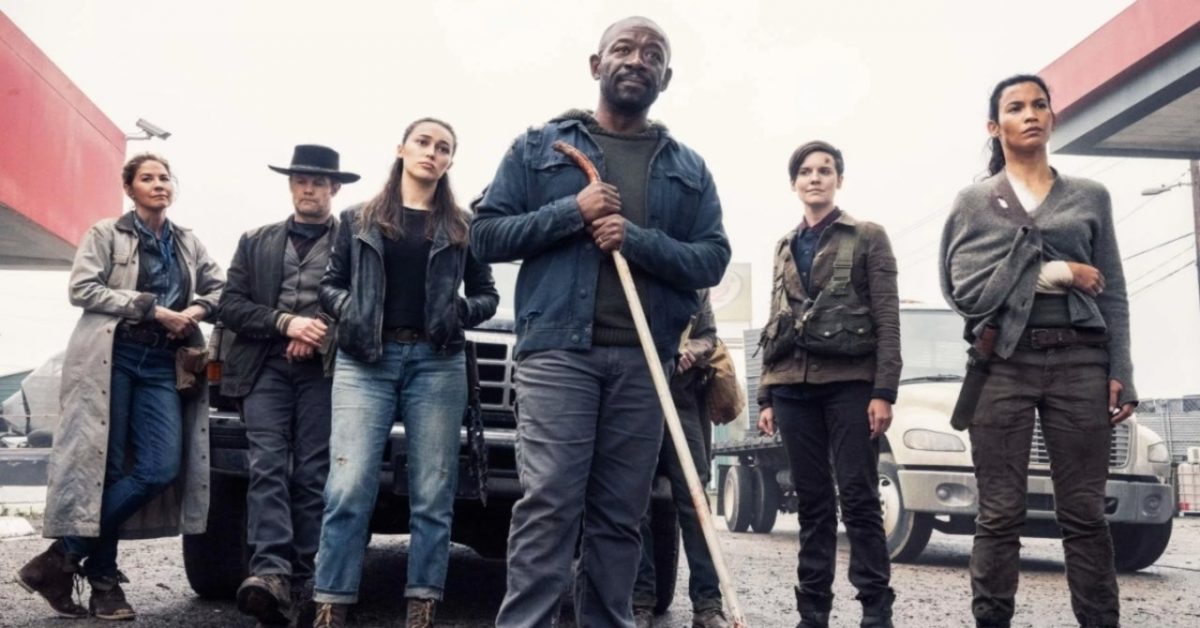 Scott M. Gimple, The Walking Dead Universe’s chief content officer recently announced some major detail about Fear The Walking Dead Season 6. However, the last season left everyone in shock when Morgan Jones left alone to die. Jones, as Lennie James has been a significant part of the series since he arrived. However, the previous season has seen him shot dead. But was he dead? Nobody has seen his body after the group left him to die. He had survived many such incidents before, but will he be able to do this time again is a big question. Now let’s see what happens next.

Fear The Walking Dead, created by Dave Erickson and Robert Kirkman, is a post-apocalyptic horror drama series on AMC. The series is based on Tony Moore, Robert Kirkman, and Charlie Adlard’s comic book series of the same title. It also serves as the prequel series of The Walking Dead. The series follows Madison Clark’s (Kim Dickens) dysfunctional mixed family trying to rebuild civilization after the devastation. She is a high school guidance counselor living with her drug addict son Nick Clark (Frank Dillane) and daughter Alicia Clark (Alycia Debnam-Carey). The group is joined by Madison’s fiancé Travis Manawa (Cliff Curtis), an English teacher with his son Chris (Lorenzo James Henrie) and his mother, Liza Ortiz. Later other survivors from the apocalypse also joined them.

Scott M. Gimple, The Walking Dead Universe chief content officer, officially announced that Fear The Walking Dead Season 6 would premiere in 2020. This announcement came before the fifth season wrapped up airing on AMC. Recently, the chief content officer clarified that the upcoming season of this horror series would premier on 11 August 2020 at 9/8c.

What Will Happen With Morgan Jones?

The trailer saw Morgan in the blood-red eye, which is quite disturbing. It means he would appear in the sixth season, but for how many episodes? The series is based on humans transforming into zombies (called walkers). So, while looking at the teaser, it seems that Morgan will start turning into a zombie. But watching him killed like this is not what fans imagined.

In an interview, co-showrunner Ian Goldberg has spoken about Morgan’s fate in the upcoming season. He said it’s pretty shocking to see how Morgan survived this time. Although he had endured many scary threats before, it’s still the biggest test for him all the time. But there’s a little hope that Morgan is still human and would continue his battle. Ian said: “We’ve seen Morgan survive some pretty scary things in the past, but this might be the biggest test he’s faced yet.”

The series creator released the first look of the sixth season. In the teaser, the survivors are struggling to fight and hide from the dangers awaiting them in every corner of the path. However, it’s unclear whether they could make it and achieve their mission, while everyone is against them. Further, the trailer teased “the end is the beginning,” which means Morgan would return with another task to achieve. However, at the end of the trailer, Morgan has seen in the blood-red eyes wide open. It’s pretty clear that something terrifying might happen in the upcoming season.