90 Day Fiance: Brittany Accepts She Acted ‘Selfishly’ During Her Middle East Visit, Changing Her Heart About Converting to Islam? 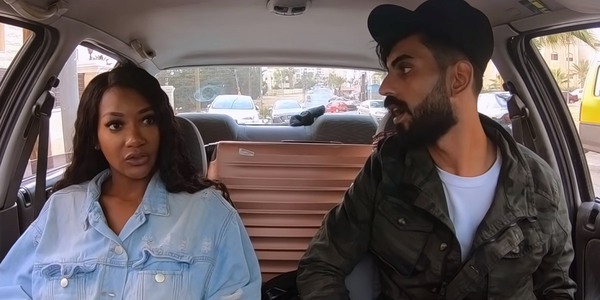 Brittany’s trip to Jordan started off way too rocky than expected. However, looking back, the 90 Day Fiance: The Other Way star considers her trip a success. When she first landed in Jordan, Yazan’s behavior reminded her of her ex. At the time, she thought that things might not necessarily work out. Let’s take a look at her thoughts on the cultural shock she got when the reality TV star was visiting Yazan in Jordan.

Brittany emphasized that Google searches about another country doesn’t help much when a foreigner has real-life experiences over there. When she met the people and experienced various situations first-hand, it was different.

The Florida native is grateful to the production. Brittany thanked the cameras for capturing both the great and bad moments. She added that she appreciates the playback. Brittany admitted that at ties she was really selfish and failed to disregard other people’s feelings. Thus, watching it all on TV again is a wonderful learning opportunity for her.

She also stated that there are some things she finds funny. Most of the things she or other people have said are somewhat unbelievable to her.

90 Day Fiance: The Other Way, Brittany and Yazan’s Tumulous Relationship

As soon as Brittany arrived in Jordan, Yazan was upset with her for hugging the crew members. She also bought some alcohol which further annoyed him. He thought that she was disrespecting his culture. However, according to Brittany, since she is not a Muslim, it’s not mandatory for her to follow all the rules.

She also stated that if Yazan keeps reminding her of her ex, soon she won’t want to do anything with him. The cultural gap was massive. But the couple somehow managed to stay together. They were once sitting in a car arguing over whether Brittany should change for Yazan. Even though she was adamant about taking a stand for herself, Yazan wasn’t taking her seriously. In fact, he laughed to her face right in the middle of the argument.

When Brittany went to Yazan’s place to meet his parents, they said that she has to stop using social media and change herself to marry Yazan. They also wanted her to convert into Islam. As if that wasn’t enough, Yazan’s mom started to yell at Brittany at the top of her voice. It looked like she lost her patience and ended up calling Brittany a prostitute. Thus bringing her to tears.

What do you think of the cultural gap between Brittany and Yazan? Let us know in the comments below.