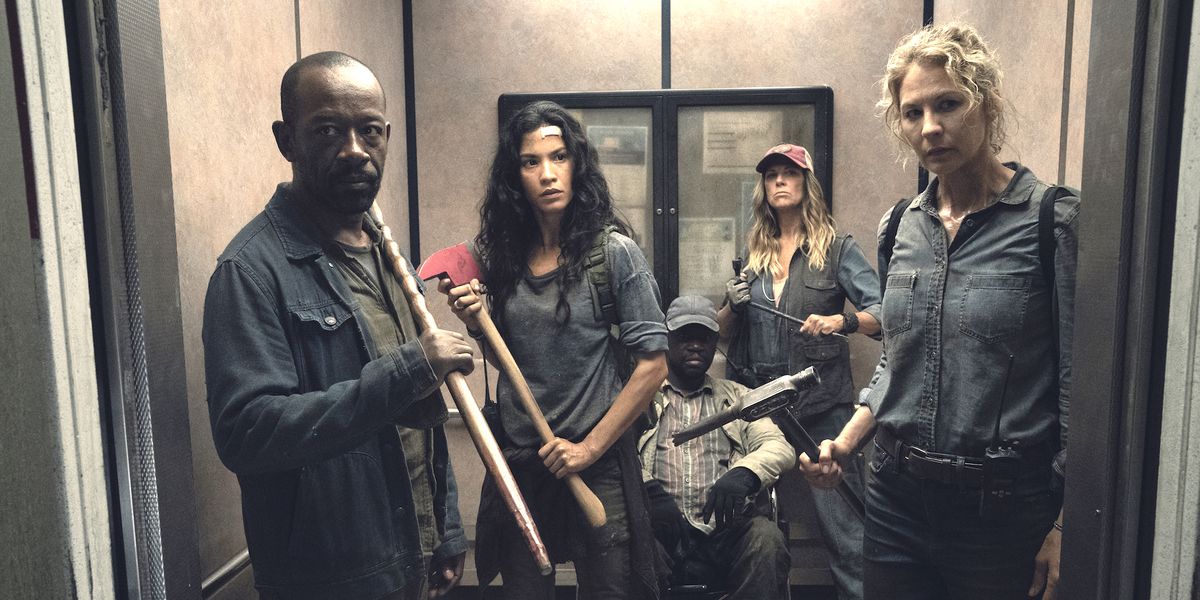 Fear The Walking Dead, created by Robert Kirkman and Dave Erickson, is a zombie apocalypse drama on AMC. It is adapted from Charlie Adlard, Tony Moore, and Robert Kirkman’s comic book series of the same name. The series follows a group of survivors from the aftermath of the zombie apocalypse. That includes Madison Clark’s (Kim Dickens) and her fiancé Travis Manawa’s (Cliff Curtis) family. Later many more survivors joined their group, that struggles to survive from the zombies who eat humans and living creatures. However, after years, everything is changed, and they must learn new survival skills to adapt to the circumstances.

In the San Diego [email protected] virtual event, the series executive producer Scott M. Gimple revealed that the sixth season would contain multiple time jumps. Thus, giving an opportunity to Fear The Walking Dead to diminish the gap between both the series. The length of John Dorie’s (Garret Dillahunt) beard in the sixth season trailer focuses that some time has passed now, since the Pioneers and Virginia (Colbie Minifie) kidnapped Morgan’s group and parted them.

Further, the co-showrunner revealed that the upcoming season would follow the anthology approach. That will tell the individual cast stories in a different time frame that is divided by the Pioneers. For instance, John’s story arc could take place six months after the fifth season. Whereas the next episode would move a further ahead in time. So, each character’s story arc would portray in a different time slot.

It makes sense that the sixth season would follow a multiple time jump throughout the series. However, all these different time frames are to catch up with its parent series. After all, there’s a seven-year difference between them. Further, it would be challenging for Morgan and its team to reunite again. But, it depends on Fear The Walking Dead, from how far they want to keep Morgan and the group separated. However, if they proceed in that way, AMC can smoothly move its characters in all the three The Walking Dead shows whenever needed.