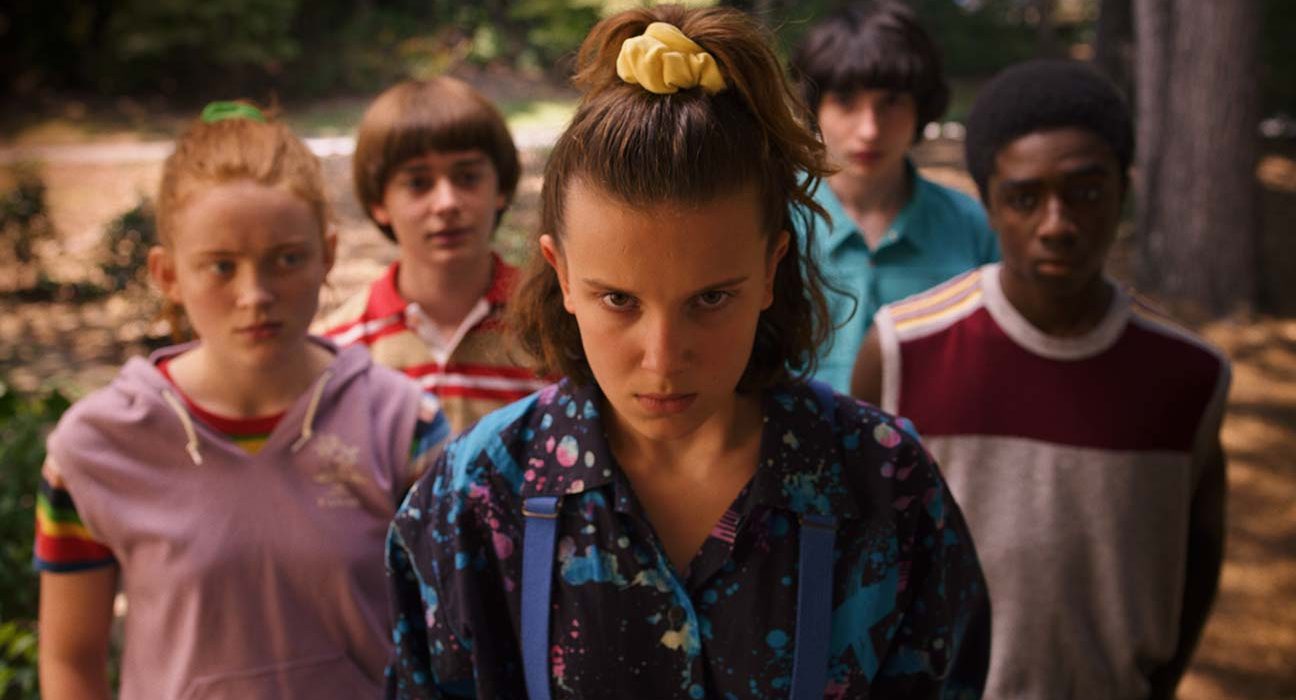 Stranger Things star Natalia Dyer has recently spoken about Stranger Things Season 4 filming delay. The filming had begun for the fourth season. However, it’s currently on hold due to the global pandemic. But things are on the brighter side, and it turned as a good fortune for Stranger Things Season 4 as it became profitable for the writing team. Stranger Things captured the world with its spooky concept when it debuted back in 2016 on Netflix. Soon it became the biggest hit on the streaming platform to date. But, reschedule in the filming dates has made the fans a little disappointed. Nevertheless, Natalia has something good to relax your mind.

Stranger Things, created by the Duffer Brothers, is a science fiction series on Netflix. The series set in the fictional town of Hawkins, Indiana, in the early 1980s. The within reach Hawkins Laboratory supposed to work on scientific research for the United States Department of Energy. However, they secretly work on supernatural and paranormal activities. Accidentally they created a portal to another dimension called the Upside Down from then strange events begin in Hawkins. At the early stage, a creature from the dimension and captured a young boy Will Byers. Later such cases increased when more people from Upside Down influenced Hawkins people’s life.

Stranger Things Season 4 was running ahead of its schedule before the current pandemic hit the world. It caused many fans wondering about how this delay could impact the fourth season’s premiere. Fortunately, Dyer clears the air hinting the fortune that the production delay has brought. She exclaimed that it turned advantageous for the writers’ team as they got plenty of time to work on the script.

In an interview with The Hollywood Reporter, Dyer discussed that they usually receive only the first few scripts, and the team has to continue writing during the schedule period. And it takes a lot of time to draft a script. So, it’s quite like parallelly doing writing and enacting together. But, this time, the writers’ team had enough time to jot down their thoughts. Now, when filming begins, it would go smoother than ever. Dyer said: “I think it’s maybe been a blessing for the writers. In some way, because they had the time just to sit down, think, and create.”

In June, Stranger Things writer team took to Twitter and announced that they finally finished scripting for the fourth season. Well, it’s undoubtedly a beneficial side for the writers’ group. Since they got plenty of time which they required to bring their creation on papers. However, the storyline of the entire season is yet to disclose. But, they reveal the first episode title as “The Hellfire Club,” the title already suggests that massive problems are on their way.

The last season’s surprised elements and an array of twists and turns were an awe-struck moment for its devoted fans. One such shocking moment was when Jim Hopper (David Harbour) died (maybe). Though the plot details are still a mystery. But, considering the teaser that released earlier, it confirmed that fan-favorite character is still alive. Indeed, Hopper is still alive, but hidden somewhere in Russia.

Further, the series creators teased that many guest stars would appear in the fourth season. Like Cary Elwes, Paul Reiser, and Sean Astin, many more are on their way to enter this madness. The creators have yet to announce the guest stars’ details, including the characters they would portray.