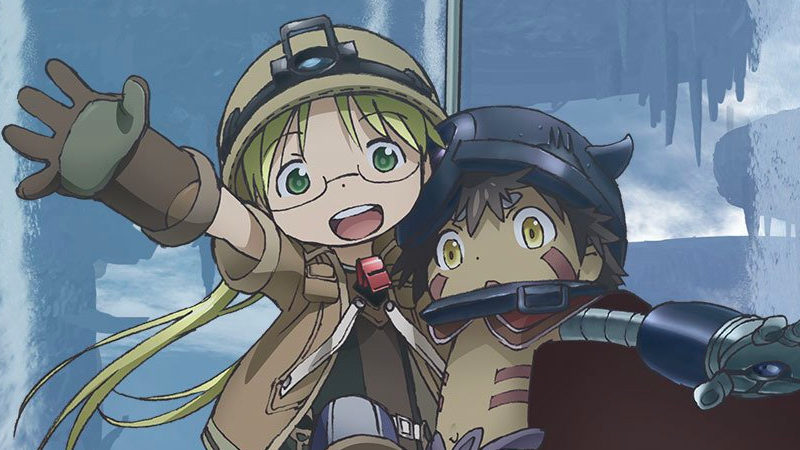 Despite getting multiple movie sequels, fans of this popular anime are still craving for Made In Abyss Season 2. The anime series debuted back in 2017 and took no time to become our favorite. However, its producers preferred releasing movie adaptations over a second season. Fortunately, Studio Kinema Citrus has finally confirmed the sequel this year. When will the new episodes premiere? What’s in the future of the show? What will be the plot of the new season? Here’s everything you need to know about it.

Made In Abyss is Akihito Tsukushi’s popular manga series that began serialization back in 2012. As of July 2020, a total of nine volumes of the manga have been published in Takeshobo’s digital publication. In 2017, it was picked up for a 13-episode anime adaptation by Kinema Citrus. The anime series received critical acclaim and a fanbase of millions from all around the globe.

Hence, soon after the first season’s debut, its studio announced the renewal of a sequel. However, unlike what fans had expected, it came in the form of an anime film. The sequel film called Made Abyss: Dawn Of The Deep Soul, debuted in theatres in January 2020 and continued the story of the first season. Before that, Kinema Citrus had already released two compilation films (of Season 1) on the big screen in January 2019.

Made In Abyss Season 2: Finally Renewed!

After a long wait, Kinema Citrus has finally renewed the second season of the anime. The end credits of the Dawn Of The Deep Soul movie featured a ‘To be continued’ message. The next day, on January 18, 2020, the anime’s official website confirmed the news. They released an announcement trailer revealing that the latest sequel in the series is now confirmed for production.

Well, a small section of the MIA’s fanbase argues that this new sequel could be a movie too. However, as per speculations, the manga’s upcoming story arc is too vast to be consumed in a film. Hence, in order to cover reach a suitable stopping point, the next sequel should likely be a series instead of a movie.

When Does S2 Productions Begin?

Is There Enough Source Material For Made In Abyss Season 2?

Kinema Citrus has finally confirmed the renewal of the second season. However, the studio is yet to begin its productions. One of the main reasons behind the delay is due to the lack of source material. Until recently, the creators of the anime did not have enough manga chapters to create a full installment. Fortunately, now that Volume 9 has been released, the studio will only need one more manga volume.

The first season of the TV anime covered the plot of 26 manga chapters (halfway through Volume 4). Whereas the Dawn Of The Deep Soul movie featured the Bondrewd story arc that ends will Chapter 38. With the recently released Volume 9, the manga now contains a total of 55 chapters. This leaves us with only 17 chapters for the second season.

Kinema Citrus will need one more manga volume to produce Made In Abyss Season 2. As of now, Volume 10 is expected to come out sometime around the middle of 2021. Hence, the productions of the new installment might begin after the tenth volume is launched.

What Will Be The Plot Of Made In Abyss Season 2?

The upcoming installment is expected to continue the story of the Dawn Of The Deep Soul movie. Hence, it will probably feature the Capital Of The Unreturned in the sixth layer. Our leading characters, Riko, Reg, and Nanachi, enter the sixth layer via the altar following Meinya. Not long after they make their last dive, they find themselves stuck in the Narehate Village of Ilblu, populated by the Hollows. The four of them discover mysteries, terrors, and bewildering truths as soon as they reach the deepest depths of the Abyss.

Made In Abyss: Dawn Of The Deep Soul Movie Delayed In The US!

The latest Made In Abyss movie made it to the Japanese theatres back in January 2020. The English dubbed and subbed versions of the same were expected to premiere in the US between April 13 and 15, 2020. However, the screenings have been canceled due to the tragic COVID-19 outbreak. As of today, theatrical screenings of films are still prohibited. Hence, the anime movie may not debut in the US anytime soon.

Sentai Filmworks has licensed the series and films for their English dubbed and subbed version for release in North America, UK, and Ireland. As of now, they haven’t announced the new US release date of Made In Abyss: Dawn Of The Deep Soul movie. As per the current situation, it’s hard to say when theatrical screenings will resume. However, we hope that things work out towards the end of this year. We will update this section as soon as the rescheduled date arrives.

Will There Be More Movies In The Franchise?

Well, facts say that all three movies of the Made In Abyss franchise were profitable for its producers. In fact, the films managed to gain positive critics and audience reviews. Hence, Kinema Citrus might not give up producing MIA movies until and unless they don’t have enough source material.

As of now, any future anime movie has not been confirmed by the studio. Although, it’s likely that fans might get a few sequel or spin-off films in the coming years. In fact, like the first season, Kinema Citrus might produce another compilation film of Made In Abyss Season 2. However, a compilation movie will only release after the second season concludes.

Made In Abyss Season 2: Release Date

Kinema Citrus has only confirmed the sequel, as of now. The second season’s productions might only begin after the launch of Volume 10 of the Made In Abyss manga. Mangaka Akihito Tsukushi releases only one volume of his manga every year. Hence, the tenth volume might release sometime around the middle of next year. Therefore, Made In Abyss Season 2 is likely to debut in 2022. Keep an eye on this corner for all future updates about your favorite anime.

Did you like the latest Dawn Of The Deep Soul movie? What are your expectations from Made In Abyss Season 2? Tell us in the comments below.