Home Entertainment Cobra Kai Season 3: First Look Out! Who Is The Mysterious Man? Delay And All Details To Know
Entertainment News

Cobra Kai Season 3: First Look Out! Who Is The Mysterious Man? Delay And All Details To Know 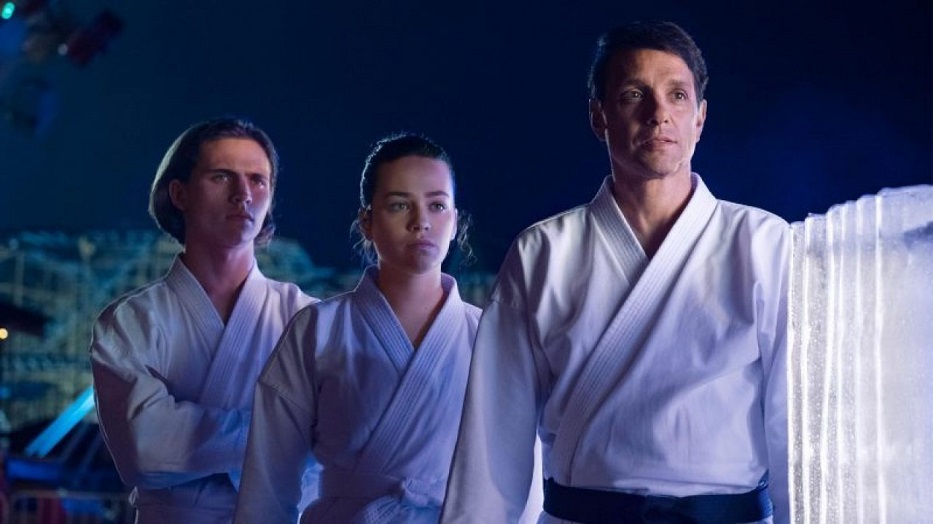 We have brought some big news for the fans of Cobra Kai. Netflix has released some pictures from the upcoming Cobra Kai Season 3. Indeed the show is in action. But, it will undoubtedly face delay in coming up on the web. Know the future scenario.

Cobra Kai is an action drama series based on The Karate Kid movie. The plot follows 34 years after the defeat of Johnny Lawrence. He had a don, Robby Keene, to whom he abandoned after the death of his wife, Laura. Johnny protects an asthmatic boy from the bully. Further, the kid’s mother asks him to teach her kid karate. This came as a chance for Johnny to relive his past. We see his institution growing in the passing time.

Moreover, family issues go on side by side. Robby makes plans to take revenge from his father. The plot more or less revolves around the primary relationships. The show includes heartbreak, love, action, family drama, and other issues of life. We have to see further what new element will Cobra Kai Season 3 brings to the show.

Cobra Kai just came up on Netflix. To celebrate the coming of the show, Netflix released the Karate Kid anthem. It also revealed the first look of Cobra Kai Season 3. We see the relationship between Daniel and Miyagi. At the end of the teaser, we hear Daniel saying that Miyagi treated him like a son and can not keep the secrets away from him. But then we hear another sound saying, ‘are you sure about that?’ Daniel is left with nothing but love and respect. But will this love be turned down?

Who Is The Mysterious Man?

Who is the man behind that mysterious question, which was put at the end? It seems like Chozen is going to return to Season 3. However, it can be true, but there isn’t any official announcement. Moreover, the tune in the teaser from Karate Kid 2 makes it possible for Chozen to return.

Yes, everyone is facing delays during this situation. However, Season 3 won’t be coming up on the web before 2021. That makes sense because of the worldwide lockdown. Things and even life are facing the pause button. Therefore, fans have to wait a bit longer to see some new season coming up. The show might not be able to keep up with the pace. For instance, there is a slight possibility as well if it starts working soon. If you haven’t watched the first two seasons, this is the perfect time for it. Go ahead, watch as much as you can.

It’s been clear that the show won’t come up this year. We speculate Cobra Kai Season 3 to release by mid or the fall of 2021. The makers have a lot to cover. However, the third installment will clear all the cliffhangers of the previous seasons. There are a lot of stories left; therefore, be excited. Till then, stay in touch for further updates.