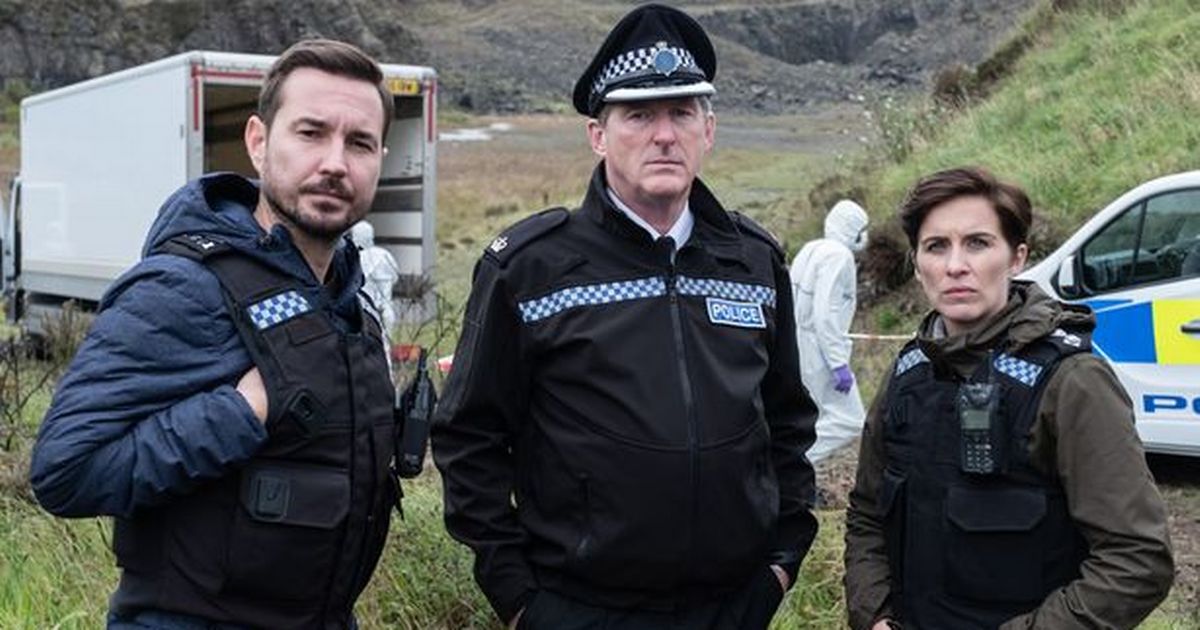 The most-awaited rogue police show is on its way with some new questions aligned in Line Of Duty Season 6. The heart of AC-12 is set to return with a guest star Kelly Macdonald. However, the shooting for Line Of Duty Season 6 delayed merely after four weeks of filming, due to the ongoing pandemic. But, there is no need to get disheartened, as the series is ready to resume the filming very soon. Now, hold your breath as the creator Jed Mercurio recently revealed that he had taken off to Belfast for further shooting. Meanwhile, Martin Compston teased some delighting news.

Line Of Duty, created by Jed Mercurio, is a police procedural drama series on BBC Two. It follows John Corbett (Stephen Graham), an undercover officer who would leave no stone unturned to catch ‘H,’ the corrupt officer of Organized Crime Group (OCG). However, with time, it discovered that Corbett has some connections with AC-12 Chief Ted Hastings (Adrian Dunbar). Soon it reveals that Corbett’s mother worked as a police informer and had some sort of relationship with Hastings. However, when Corbett was close to unmasking Hastings, the OCG discovered Corbett’s a mole. So they cut his throat. But, how OCG found Corbett secretly investigating is still unclear.

Line Of Duty Season 6: When To Expect?

Earlier, we expected Line Of Duty Season 6 to premiere in 2020. Since filming for its sixth season began in February. However, due to the COVID-19 outbreak, the producers decided to postpone filming soon after its four weeks into filming. In May 2020, Jed shared his confusion on The Andrew Marr Show. He confessed that he was in doubt whether to resume filming this year or later in 2021. However, in June, he seemed a little hopeful on the A Stab in the Dark podcast.

There he shared that they (BBC and the production house) are discussing when they could resume their work. Since there are so many problems still left to settle on the industry basis. These include finance, insurance, and social distancing guidelines that are mainly imposed on filming. But, they are hoping to finish filming this year if they received all the required things, said Jed.

Filming About To Begin

Fortunately, in August, Jed announced that they are working towards the tentative date for resuming productions. To which he added, they wanted to finish filming before Christmas. Further, on August 27, Jed tweeted that he took a flight to Belfast to quarantine before resume filming. So, probably filming would begin within a couple of weeks. Meanwhile, Compston revealed that they finished scripting. Thus the only thing left is filming. So, we could expect Line Of Duty Season 6 to premiere in 2021.

The core AC-12 members would reprise their roles once again. This includes Adrian Dunbar as Supt Ted Hastings, Martin Compston as DS Steve Arnott, and Vicky McClure as DI Kate Fleming. Along with Shalom Brune-Franklin as Our Girl, Prasanna Puwanarajah as Doctor Foster, and Andi Osho as Kiri. It seems Perry Fitzpatrick will also join them in the chase with Aiysha Hart as Murder Squad cop DS Sam Railston and Taj Atwal as PC Tatleen Sohota.

Who Will Be The Guest Lead?

Well, the Scottish actress Kelly Macdonald would play the guest lead DCI Joanne Davidson’s character. Joanne, the senior officer of an unsettled murder, whose unique execution leads doubts towards AC-12. Regarding that, Jed Mercurio stated that they are glad that Kelly would join Martin, Adrian, and Vicky in this investigation.

As of now, nothing has been revealed yet. But, Martin stated that they got the second chance to portray it. However, they had filmed some scenes of the first two episodes before the production went on hold. Martin confirmed that they received only the first four scripts to date. Jed hasn’t revealed anything about the fifth and sixth chapters. So, it’s thrilling to know what will happen in the climax.

Will They Address The Pandemic?

Martin revealed they were discussing the pandemic since it affected the filming severely. When they began filming back in February, there was no mask and nothing dangerous disease like this. However, now things have changed. But, they don’t want to compromise with the script. So, it’s more likely that a few things would depict social distancing in the next season while shooting outdoors, if possible.