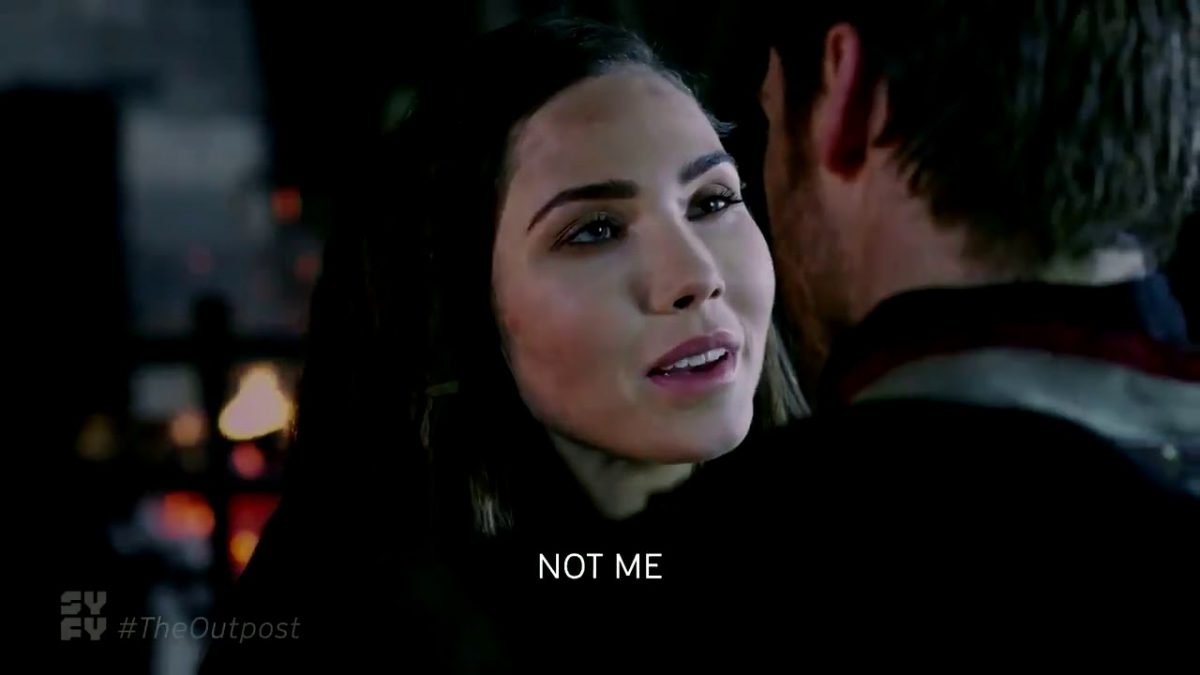 The CW has recently revealed the first look of The Outpost Season 3, which is likely to air soon in early October. However, you’ll be glad to know that Talon is returning for her revenge. But, this time, she’s not alone. She’ll get help from some outer forces. Further, she would discover her real friends who genuinely want to help her despite their different races. The path won’t be easy for Talon, as she would find some trouble dealing with the group. Stay with us to know what happens next in Talon’s way.

The Outpost, created by Kynan Griffin and Jason Faller, is a fantasy-drama series on The CW. It follows Talon (Jessica Green), the only survivor of the Blackbloods race who’s in the quest to find the killers of her family. Years before Talon traveled to an ungoverned fortress, her family and the entire village were brutally killed by the mercenaries. So, she decided to track down the killers to punish them. However, on her journey, she discovered that she possesses some supernatural powers. That she needs to learn to control quickly before it can bring chaos in her life. The show gained a positive response from the audience and the critics. Also, back in 2019, the show won the Saturn Award for its Best Fantasy Television Series performance.

Although the production for the third season had been postponed due to the ongoing pandemic. But, the current season is all set to come back on time. The news recently came up that The Outpost Season 3 has wrapped up filming in Serbia and ready to land on your screen. Therefore, the fans don’t need to wait much for the next season of the show.

The CW has recently revealed the first look from the first episode titled “For The Sins Of Your Ancestors.” In which, Talon will have a hard time dealing with Zed’s (Reece Ritchie) human forces who work in the mining camp. Meanwhile, a sassy genius will loot Janzo’s (Desai-Barochia) lab. However, Talon gets help from a dark Priestess to unite her race, Blackbloods.

The Outpost Season 3: What To Expect?

After calling Zed and his Blackblood ally to save their place, Talon discovers that her own people betrayed her. She further struggles to reunite with her human friends and Blackblood heritage. While the evil Lu Qiri helps Zed accomplish his master plan, the Outpost people were forced to enslave to work as miners. However, they are on a quest to find the dark riddle.

Talon Will Know More About Blackblood

After summoning Blackblood Priestess Yavalla, Talon learns more about her race and the lies of her own people. But, she soon knows new power that threatens all the living creatures. In the upcoming season, Talon and her friends would fight, sacrifice, and suffer to save each other from the enemies. Further, Talon would learn about her family from the dark Priestess, which will help her reconcile her races and the human world.

All the main cast would reprise their role for the upcoming season of the show. These include Jessica Green as Talon, Jake Stormoen as Captian Garret Spears, and Anan Desai-Barochia as Janzo. Along with them, Imogen Waterhouse would join as Gwynn Calkussar / Rosmund. Aaron Fontaine as Tobin, Izuka Hoyle as Wren, and Recce Ritchie as Zed would join them as well. Further, Jaye Griffiths as Yavalla, Adam Johnson as Munt, and Georgia May as Foote would also join the cast.

The CW’s fantasy show has lined up to premiere soon this October. As the show wrapped up it’s filming for the third season, so fans don’t have to wait long. The Outpost Season 3 would premiere on October 8 at 9 pm on The CW.