Home Entertainment Goblin Slayer Season 2: Will There Be A Second Season? All The Latest Details!
Entertainment News

Goblin Slayer Season 2: Will There Be A Second Season? All The Latest Details! 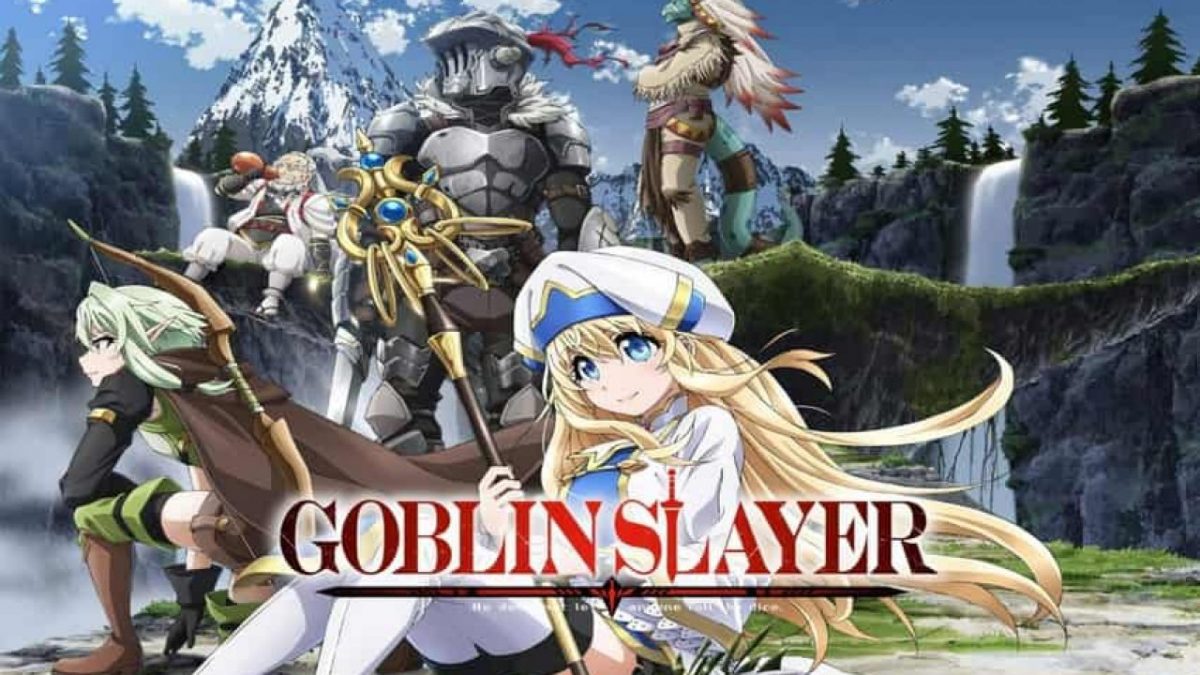 Goblin Slayer Season 2 is one of the most anticipated anime series of recent years. The creators dropped a movie earlier this year, which increased the fans’ hopes that the anime will return very soon. It has almost been two years since the fans last saw any Goblin Slayer episode, and now they are getting desperate to see its further installment. Otakus and weebs all over the world are curious to know the fate of the protagonists and if he will be able to slay all the goblins successfully.

Goblin Slayer is a Japanese dark fantasy anime series. It is the remake of the light novel series of the same name by Kumo Kagyu. White Fox Studios created the anime adaptation of the series. It made its debut on October 7, 2018. The last and twelfth episode of the inaugural season was aired on December 30, 2018. The anime series received a great response from the fans as well as the critics. And ever since the end of the debut installment, the fans are craving to see more of it. So, will there be a second season of this anime? Continue reading to know.

The finale episode of the debut season hinted that the anime would return for its second season. However, the creators never renewed the series officially. They neither canceled nor renewed the anime for its second installment. Therefore the fate of Goblin Slayer Season 2 is still up in the air. The movie created by the same production house didn’t perform anywhere near the anime series. And that created a doubt in the mind of the fans about the return of the anime. The first season of the dark fantasy anime came with only twelve episodes—no wonder why its fans are aching to see more of the series.

Goblin Slayer has been involved in some controversies with its very first episode. The story showed that a young priestess had entered an overaged party of people who are going on an event to save a group from a nest of goblins. But, something goes incongruous in their mission, and they fail to stock up their essential supplies. The main controversy regarding the anime began because of its graphics. Some scenes are too dark for the viewers to watch and digest. Goblin Slayer has also shown several violent sexual scenes, but they were toned down quite a bit after the controversy.

Is There Enough Source Material For Goblin Slayer Season 2?

The inaugural season of the anime adapted the first two volumes of the light novel series. The recently released film picked up the story from the fifth volume of the series. Therefore the creators have more than enough source material to create Goblin Slayer Season 2. It is likely that they will pick up the plot from the third and the fourth volumes of the light novel series. The upcoming season might also include some chapters from the sixth and seventh volumes. White Fox has enough source material to create two seasons of the dark fantasy anime.

White Fox is one of the busiest and well-established animation studios in Japan. The studio is behind the production of the anime series like Steins Gate, Akame ga Kill, Re Zero, and many more. Along with it, White Fox is also known for its brilliant animation in the debut season of Goblin Slayer. The studio is usually busy with a lot of projects. After the debut season of the anime, the studio released a lot of other films and series, including Goblin Slayer: Goblin’s Crown.

The studio is currently busy with the second season of Re: Zero -Starting Life in Another World. And it is likely that after wrapping up their current project, the studio will start working on Goblin Slayer Season 2. The fans have a lot of expectations from the anime series, and the creators can’t afford to lose the quality of animation in the second season. Therefore they will take their time in its production.

The main manga has published nine volumes of the series so far, with the latest one being released on February 12, 2020. The authors are still working on all three manga. The story still has a lot left to tell. Hence the fans can expect the upcoming volumes to release very soon.

Right after the completion of the debut season of the dark fantasy anime, the creators ordered a film, which was released earlier this year. All the original staff made their return for the film, which premiered on February 1, 2020. It adapted the fifth volume of the light novel series, which focuses on the Noble Fencer’s redemption against the goblins.

The Goblin Slayer, the Priestess, and his team save a young swordswoman. Being a survivor of sexual assault, the Noble Fencer plans to seek her vengeance and reclaim a sword that the goblins took away from her. In the method, they soon realize that the goblins have now grown much smarter than before. Hence, the fight becomes more difficult this time.

The plot of the film was interesting, for sure. However, it failed to match the level of the anime series. According to the fans, the film did no justice to the character development of Noble Fencer. Hence it received not so excellent ratings from the fans as well as the critics.

The Goblin Slayer franchise has generated a lot of profit to date. The sales of manga and the light novel series are right on point. White Fox also made a great amount of money with the debut season of the dark fantasy anime series. The only negative thing is the performance of the film. It only managed to earn 1 million USD, which is quite low for a franchise as popular as this.

Except for the film, all the other things in the franchise has received a great response. Goblin Slayer Season 2 is already one of the most anticipated anime shows of recent times. Therefore the creators will certainly try to advance with the series not only because of its rising demand but for the profit the creators will make from it.

Goblin Slayer Season 2: Will The Anime Ever Return?

Its almost been two years since the release of the inaugural season of the anime. If it has been a US TV series, then things might have seem problematic for it. But its normal for anime to take a longer time than usual. The busy schedule and the production time increases the wait of the fans even more. We have seen the return of the anime even after the long gap of five or six years. Therefore the fans don’t have to lose hope this early.

Additionally, the credit scene of the debut season finale hinted at the return of the anime. There was a message which confirmed that the anime would return for Goblin Slayer Season 2. Plus, the creators have more than enough source material to create another season. The story of the light novel series is also progressing. Hence there is no reason for the creators to end this anime now.

Over the course of two years, the demand for the second season of the anime is increasing continuously. The fans started getting desperate to know what will happen next in the story of the series. Its demand is at its peak right now, and the fans can expect to hear the official announcement of Goblin Slayer Season 2 very soon.

Along with the light novel and manga series, the authors are also publishing two side manga of the series. We have seen a movie in this very year which didn’t perform well. But it won’t stop the creators from using the source material. There is a possibility that the fans will see a prequel or spin-off series. Or the creators might also use the remaining chapters to make some OVA episodes.

It is likely that White Fox will continue to animate the series for its further installments. And if everything goes right, the fans will also see some OVA episodes along with the second season of the dark fantasy anime.

As mentioned above, the upcoming season of the popular anime series is likely to adapt Volume 3 and 4 of the light novel series. Hence, the season may open with the third volume that emphasizes the Goblin Slayer on a different mission. The Goblin Slayer-san, aka Orcbolg and Priestess, will be off to save kidnapped maidens from goblins lurking in a tunnel. However, this time the goblins have become more intelligent. They now have facilities instead of simple tools.

Goblin Slayer Season 2 will also introduce a new antagonist known as “Dark Elf.” He is also a member of the Evil Sect. Dark Elf plans to resurrect the Demon Lord after collapsing in the battle against Sword Maiden’s party. In the second season, he’ll show up in a friendly gathering in Frontier town to fight with Orcbolg, where we can witness a great battle against the newly convoked monster and Goblin Slayer.

The best part is that the Goblin Slayer will start developing a harem. The fans will see the shy warrior dating some girls in the upcoming installment. Orcbolg already starts to bloom his flower of the harem in his ignorant life for the first time.

In addition to that, he will also search for the existence of the Goblin Vampire. That will definitely add the humorous nature to the dark anime series. And there will be exceptional character development of the hero in the second installment.

The most recent volume of the light novel is a short story just like its fourth volume. Priestess keeps growing and becoming more badass day by day. The viewers have also witnessed a rise in her ranks. Goblin Slayer is really happy and proud of her exceptional development. Cowgirl and Guild girl interacted a lot in the chapter. King and Wizard boy reappeared again. The boys’ trio Goblin Slayer, Spearman, Heavy Warrior on mission together and joined to fighting Beholder. Meanwhile, the girls’ squad (Priestess, HEA, Witch, Female Knight) engage in a siege mission. It’s the central highlight of this volume. It is as entertaining as ever and the viewers will definitely be going to like it.

White Fox already has a set lineup of shows to release in the upcoming months. By looking at the busy schedule of the production house, it seems like the fans wait for a little longer to see the return of their favorite anime series.

All the weebs and otakus are eagerly waiting for the release of the second season of the anime. Hence it is likely that creators will announce its return officially very soon. Goblin Slayer Season 2 might make it on-screen return by the end of 2022.