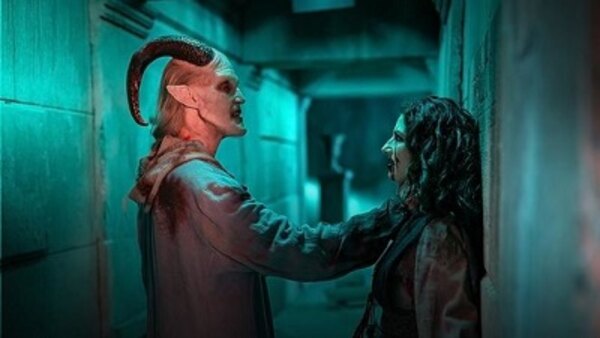 Van Helsing Season 5 is coming soon. This will be the final season of the series that fans have been waiting for about a year. Everyone has high expectations with the show, given that it has taken the time to bring in a justified closure. Inspired by Zenescope Entertainment’s novel series called Helsing, Van Helsing is a fantasy horror drama TV series with Kelly Overton as the lead character. The show debuted in 2016 and has had four successful season.

The show is set in a post-apocalyptic background where Vanessa Van Helsing is the descendant of Abraham Van Helsing. She wakes up from a coma and finds herself in the post-apocalyptic world. The story moves forward three years after an eruption of the Yellowstone Caldera that has covered the whole world in ash blocking sunlight. This has allowed the vampires to overrun the humanity.

Helsing is the only hope as her blood composition has enabled her with the ability to turn vampires into humans. With this special weapon, Vanessa becomes a target. However, she has two humans who keeps her safe in the times. These includes the doctor who save her, and a Marine. What is happening to Van Helsing Season 5? When would it release? Here are all the details.

This comes as good news for all the Helsing fans. Showrunner Jonathan Llyod Walker, who stepped into Neil Labute’s shoes in the fourth season took onto his Twitter to confirm that Van Helsing Season 5 has completed the production, This means fans will not have to wait very long to enjoy new episodes of the show.

In the statement, Daniel March, the managing partner at Dynamic Television said that they are very proud of Van Helsing. They thanked Syfy and the fans who have loved the series. He continued to say that they are very excited to bring the show to end on its own terms. This would give the story, the characters, and all the fans the ending they deserve. Van Helsing Season 5 was renewed back in December 2019 and the fifth season will be the last season of the series.

Everyone We Will See: The Cast

Van Helsing Season 5 will bring in old as well as new cast members. Some of the new faces include Kim Coates, Ali Alieber, and Steve Bacic. Coates will come in to play Count Dalibor, Olivia’s husband. Dalibor will make some disastrous choice even after having good intentions. Ali will play Nina, a vampire with a very colourful past that has something to do with Julius and a hidden deadly agenda.

Bacic will join Van Helsing Season 5 to play the Father. He is a wild vampire who dresses in animal skins and is hidden in an abandoned mine along with a child. Announcing this news, the executive producer Michael Frislev said that they are thrilled to welcome Kim, Ali and Steve to the Van Helsing family.

Kelly Overton, the lead actress of the show was not really in the fore-front of the fourth season because of being pregnant when the season was being filmed. As a silver lining, other characters got an opportunity to get into the fore-front. These characters include Keeya King as Violet, Nicole Muñoz asJack, both of them had their own ties to the legacy. However, fans can expect to see Overton come back in full strength in Van Helsing Season 5.

The creators have always eyed 2020 for releasing Van Helsing Season 5. While everyone thought that the production will delay owing to the COVID-19 outbreak, it looks like things haven’t changed. Executive producer of the show- Chad Oakes in the [email protected] panel speculated that the series would return sometime either late fall or maybe early winter, that is November or December. We will keep updating this space with all the new information about the show as we get it. So, you keep checking regularly.