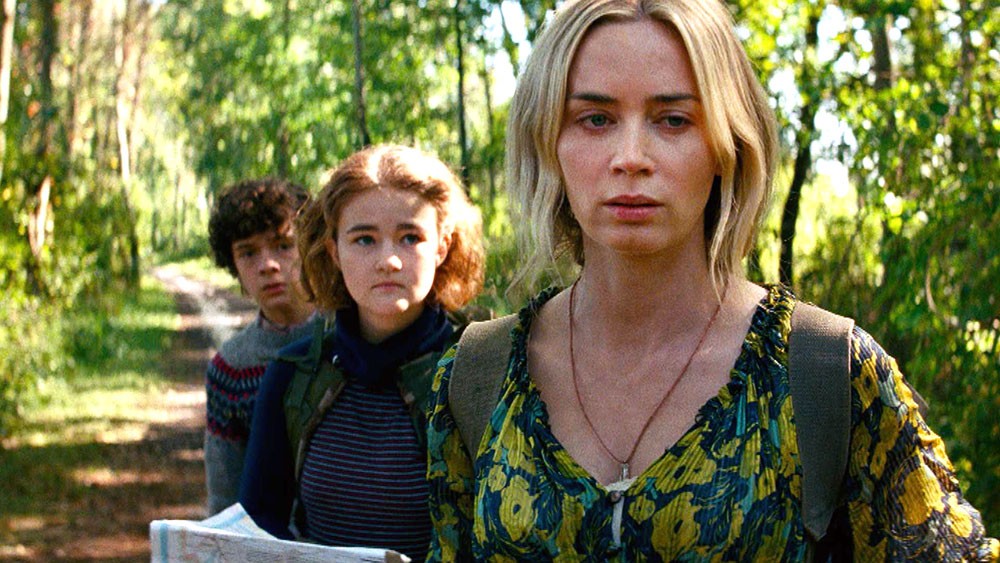 A Quiet Place will once be making its entry in the upcoming year. However, the movie has brought a different kind of horror up on the screen. A Quiet Place 2 will surprise its fans in the same way as before. It’s been hard for the cinema to keep up with the silence. But it successfully worked with the movie and won the hearts of the fans. We are super excited about the coming installment of the movie. So, better tighten your seat belt for the quiet and adventurous round all over again.

A Quiet Place is a post-apocalyptic horror movie. Bryan Woods, Scott Beck, and John Krasinski have pen-down the script. The story revolves around mother, father, and children. Everyone is looking for survival in the story. The sightless extraterrestrial creature has taken over the Earth. They attack the basis of hearing noise. Therefore, to sustain and save yourself, you need to be silent. The family has a deaf daughter Regan, and two sons Marcus and Beau. They talk in sign languages and make themselves reach to a safe location.

Moreover, the family together suffers a lot. They deal with the death and fear of losing and being caught. Indeed, it’s an interesting and mind-blowing movie to watch. Let us further take a deeper look at the impending fate of A Quiet Place 2.

A Quiet Place 2: More Of A Spinoff Than Direct Sequel

As per THR reports, the forthcoming movie will be more of a spinoff than the sequel. However, the story will somehow be connected to that of 2018’s A Quiet Place. But, nothing much about the plot has been unwrapped.

The trailer of the second installment came upon the web way before. There seems to be a new threat to life. However, the plot will follow the first appearance of the horrifying monsters. How will these creatures destroy the humans? The destruction will adequately be brought in front of the impending story. John Krasinski has written and directed A Quiet Place 2. Let us hope for a more thrilling factor to come in the future.

Peaky Blinder’s Cillian Murphy will make his debut in the coming film. He will play Emmett’s role and maybe ominous in nature. Along with Cillian Murphy, Djimon Hounsou’s character might also act as a threat to the human. However, most of the lead faces remain the same.

Is The Movie Delayed?

Many movies and shows had to face either delay or cancellation in the time of coronavirus. However, the prior one seems to have happened with A Quiet Place 2. It was first set to come up on the floor this year in March, which later delayed to September. Moreover, now it has been pushed to 2021. Let us hope the movie may not get further push ahead.

Will There Be More Movies Ahead?

The second will probably not be the end of A Quiet Place. There is undoubtedly going to be more of this horror drama ahead. As per the reports of Vulture, A Quiet Place is going to make more noise in the future.

Even the casts returns or not; the movie will undoubtedly be returning for its third round. Indeed, get excited to have A Quiet Place 3 after the release of the second one.

The movie will release on April 23, 2021. The particular date has been finalized after so many delays. Let’s hope this one to be the final. Till then, stay connected for more spoilers.