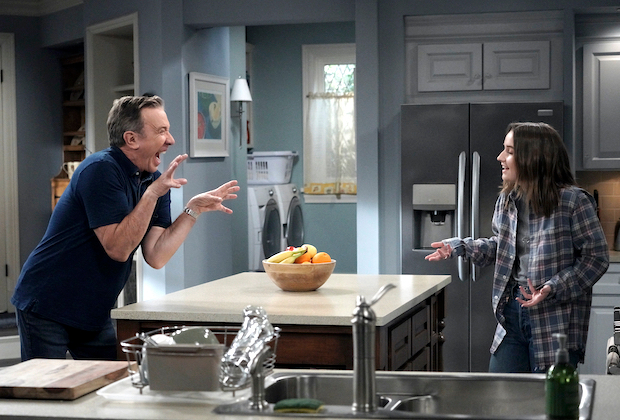 Last Man Standing Season 9 is the final outing of the series. Although, things are not going to change much, apart from that of the season’s release date. The premiere of the show has been delayed to one hour. Additionally, the final season will bring new challenges and changes in the life of characters.

Last Man Standing is a sitcom drama. Jack Burditt is the creator of the Fox series. The series first came up on ABC in the year 2011. It remained on the same platform until season six. Later on, the series shifted to Fox.

The story revolves around Mike Baxter. He is a senior executive and director of outdoor sporting goods. Mike lives with his wife, three daughters, and a grandson in Denver, Colorado. The family furthermore extends as the daughters get engaged with their boyfriends, and further-on marries.

Women dominate the family of Baxter. Therefore, there is more chaos along with fun. Things get tangled in the relationship. But, slowly, everything unfolds itself. Let us further see what newness Last Man Standing Season 9 brings on the floor.

Unfortunately, the ninth season is going to be the finale outing of the series. It was announced back in October. Although, as per him, Tim Allen finds himself to be lucky enough to be part of the sitcom drama.

He says in a statement, “We had all considered ending the show after last season, but together with Fox, we decided to add a year.” Therefore, a full season is added as the ending. It will indeed help the show to provide a proper goodbye to the audience.

The first episode is titled “Time Flies,” whereas the second one is “Dual Time.” The second episode is going to release in the same week. Vanessa wants some home improvement and, therefore, is hiring someone for it.

On the other side, Mike is seen to be struggling with his ideas. He is thinking of starting his video blog. The story will also cover clashes in the ideologies and wants. Therefore, we have to see how the characters manage to cope up with each other.

There hasn’t been any change in the release date of Last Man Standing Season 9. It will premiere on January 3, 2021. But, there has been a slight change in the timing. The season’s premiere episode was about to release at 8:30, which is now pushed to the 9:30 slot.

The network will use the previous slot to release the new animated comedy The Great North. So, stay tuned to the channel for the fun ride. For further information, be on the virtual link with us.