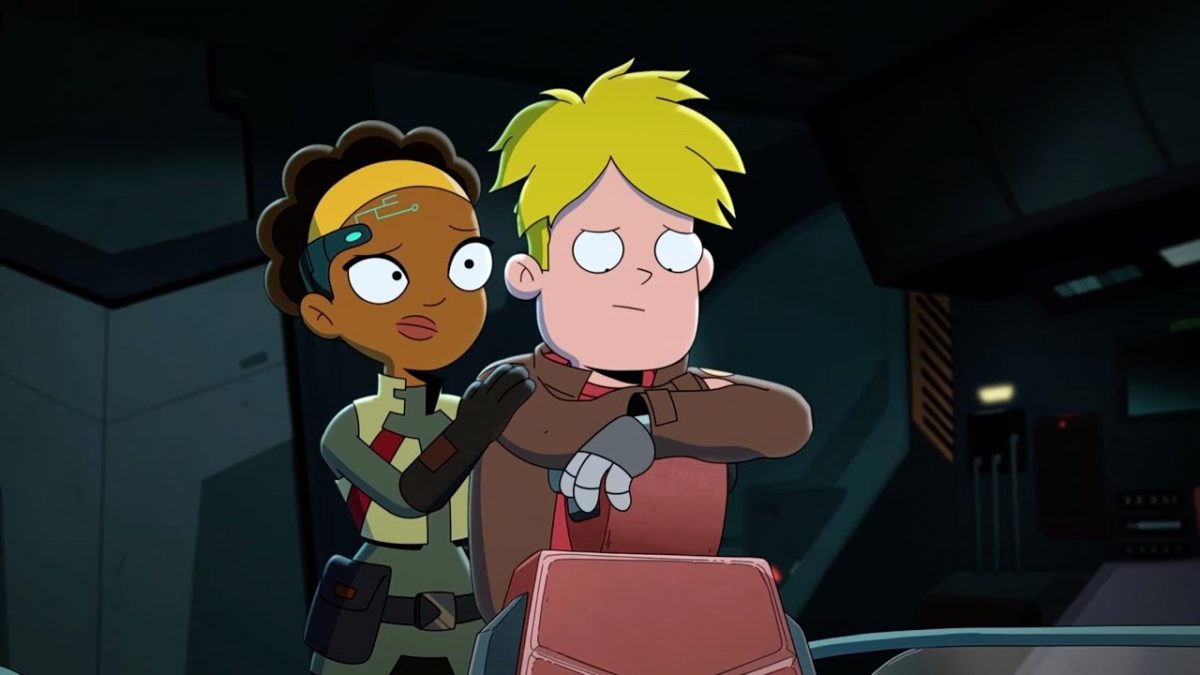 Final Space Season 3 Episode 13, the finale, is here where some profound realization could destroy the bond. Gary and Ash have just started working on their friendship, but the last episode revelation has put their friendship on the brink to collapse. But what will happen when Ash realizes that she has trusted the wrong person? Well, it would definitely turn her world upside-down, leading to transform her into her entirely deadly form.

Final Space Season 3 Episode 13, titled “The Devil’s Den,” will follow the aftermath of Avocato’s confession. Ash has been protecting Little Cato after Fox’s death as he’s the only brother left in her adoptive family. However, Avocato’s confession will force her to kidnap Little Cato against his wills to take him to Invictus. Ash believes that Invictus can only protect him as she doesn’t want Avocato to adopt Little Cato as his son. Meanwhile, Gary and Avocato will risk everything to enter Invictus’s inner sanctum to rescue Little Cato.

Though Ash is against Invictus and his powers yet she will take Little Cato to Invictus’ prison to make a deal. However, unaware of the fact that Avocato killed Little Cato’s parents on Lord Commander’s order who was working for Invictus. Meanwhile, the Team Squad is on its way to enter the Invictus sanctum, which doesn’t feel that easy at all. Ash has already tried to kill Gary in the last episode, and when she will see him again, there’s a slight chance that she would execute him.

But the team might help to distract Ash while Avocato and Gary will try to save Little Cato. Perhaps Invictus might possess Little Cato to kill the obstacles that appear between Ash and Gary. Thus, the team must stay focused on that time. Moreover, we shouldn’t forget that Lord Commander can return to take his revenge.

Final Space Season 3 Episode 12, entitled “The Leaving,” saw the Team Squad planning an exit via the deadly crack of Final Space. However, there they discovered a trans-dimensional bridge by taking a closer look at the machinery. Gary then quickly recalled his time in jail. It, in turn, helped him to charge the parts. Meanwhile, the other members of the group had a secret-spilling moment.

Little Cato asked about his mother and the reason for her death. And Avocato disclosed that she died while giving birth to their child. However, Avocato confessed to Gary that he killed Little Cato’s parents, which Ash overheard. She quickly threw them out of the ship and revealed the truth to Little Cato. However, the group somehow managed to calm her down before finding Invictus.

Final Space Season 3 Episode 13: When Will It Release?

Final Space Season 3 Episode 13, titled “The Devil’s Den,” will serve as the finale of the season. It will air this Sunday, June 13, at 12:30 am ET only on Adult Swim. You can catch the current season on HBO Max after it wrapped up airing on Adult Swim. The online subscribers can also watch the latest episodes on DirecTV, FuboTV, Vudu, and iTunes. So don’t miss it.