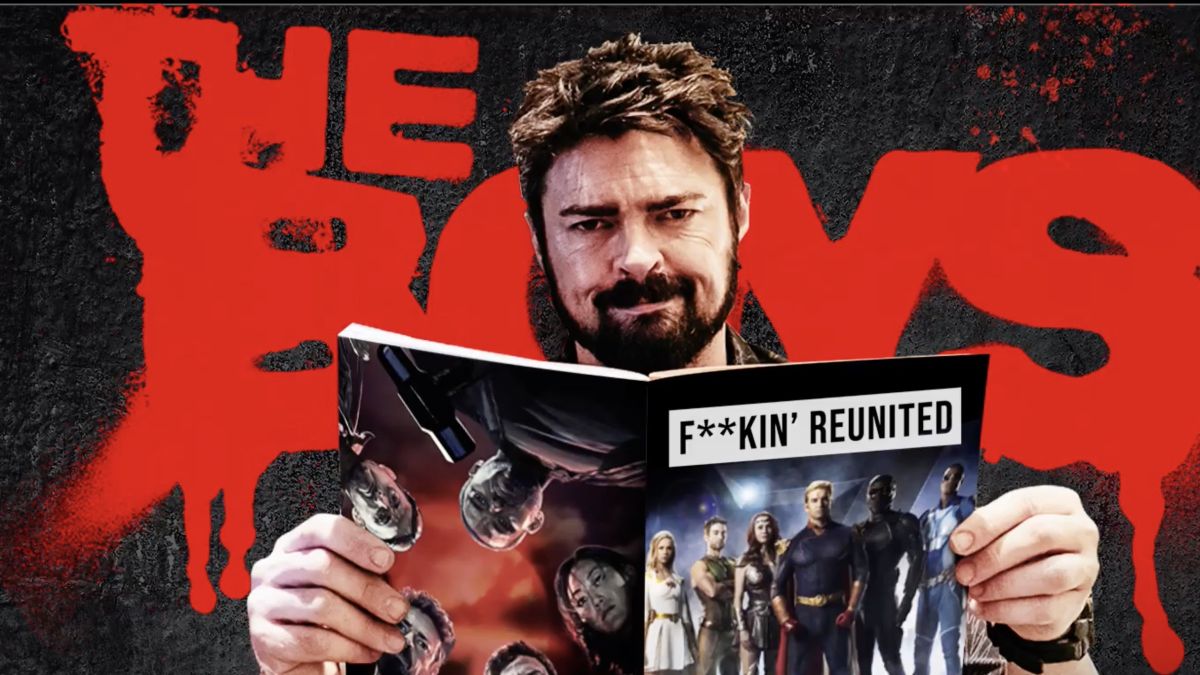 The Boys Season 2 ended on a brutal note leaving Stormfront’s fate up in the air. However, before heading to The Boys Season 3, the Vought News Network has released a video to fill the gap between the second and the third season. And it has revealed what happened in The Boys’ world after the cliffhanger finale. Amazon’s adaption of Darick Robertson and Garth Ennis’ satiric comic book series is already a hit one, and to add more fun, it is bringing a brand new spin-off series ahead of its third run.

Well, in the last season, we saw the evil side of Congresswoman Victoria Neuman (Claudia Doumit). Even it revealed that she also has some superpowers, which she has been using to blow up others’ heads. However, things became more distressing when Hughie asked Neuman for a job. Meanwhile, Homelander seemed at his worst after the Seven’s women beat him and losing his girlfriend, Stormfront. While the Boys were disbanded.

The Boys Season 3: VNN Drops Hints What Is Going On In The Boys World

Yesterday, The Boys dropped a creative video teasing what happened in The Boys’ world when we weren’t around. Vought International shared a Vought News Network video and a Fox News-esque called Seven on 7. The newscaster Cameron Coleman (Matthew Edison) covered the segment, as she explains what’s happening around. Though it provided us a fresh glimpse of what to expect next, yet it isn’t a teaser. Instead, the series has announced its new spin-off series ahead of season 3.

But don’t be surprised! As the spin-off will form the bridge between the second and third seasons. Speaking on which the showrunner Eric Kripke said that through Seven on 7, they will be delving deeper into the balance and fair patriots. These episodes will drop monthly on the seventh day until The Boys Season 3 dropped teasing brand new information as hot takes and commercials.

In the last season, there was a massive blowout for Homelander. However, Vought’s propaganda arm- the news channel VNN, has released some fresh updates to clear his image. Well, not only his image but Cameron also covered six other stories which will indeed surprise you. From Homelander and Stormfront’s romance to the colossal battle, leading to an embracing defeat in the finale.

Meanwhile, Starlight’s pop hit topped the chart for five continuous weeks. On the other hand, the public is still unaware of Neuman’s evil nature. But everyone knows that Neuman has hired Hughie and Coleman’s response on it is the perfect reflection of Fox News. Unfortunately, the broadcast is interrupted by a bedding company, Our Sheets, with some white supremacist undertones.

The Boys Season 3: When Will It Return?

Amazon is yet to announce the official release date of The Boys Season 3. However, Amazon has given a hidden hint here as the spin-off “Seven on 7” will have a total number of seven episodes. It means the spin-off will run until January 2022. So, we can expect that The Boys Season 3 will land seven days after the last episode of Seven on 7. Perhaps sometime in February 2022. Till then, enjoy some hot news with VNN and with us in this space.