Home Entertainment The Orville Season 3: Hulu Chief Teased Next Run Will Return Soon! Will There Be Season 4?
Entertainment News

The Orville Season 3: Hulu Chief Teased Next Run Will Return Soon! Will There Be Season 4? 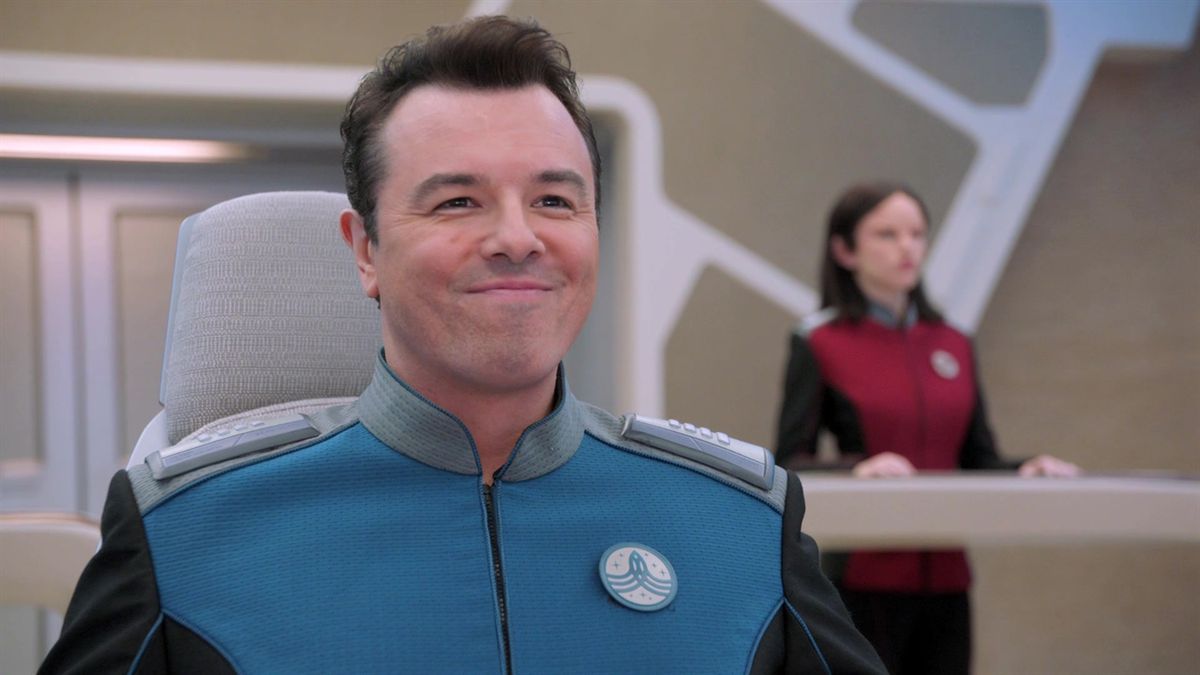 After facing plenty of setbacks, Seth MacFarlane‘s sci-fi drama The Orville Season 3 is finally heading closer to its premiere. Well, MacFarlane’s show moved to Hulu in 2019. Since then, fans have had to wait quite long to see their favorite characters back in action. However, Hulu’s Scripted Original Head Jordan Helman has finally shared the much-needed update regarding The Orville Season 3’s return on Hulu.

Star Trek spoof, The Orville, created and written by Seth MacFarlane, takes place 400 years ahead in the future. It follows the U.S.S. Orville and the exploratory spaceship consists of both humans and aliens. However, during their exploration and visits to other parts of the galaxy, the crew faces several Outerspace dangers, while dealing with their everyday life problems.

The Orville Season 3: Has Production Begun Yet?

Filming for the third run began in early October 2019, but in the wake of the COVID-19, the filming was halted in March 2020. However, the production team never lost hope, as despite facing delays, filming resumed in December 2020. But the filming was soon halted in January 2021 after the surge of new cases. By that time, production for the third season has already reached halfway to its completion.

Once again, filming resumed in February 2021, which is underway as Jon Cassar and MacFarlane are directing the third run. A year ago, MacFarlane shared that although the ongoing pandemic hit the production like other shows, he and his team were working hard.

Little is known to date, yet the showrunner David A. Goodman said that the starting episodes would answer the questions left in the second season. So all those big and small stories they set up in the second run would finally explore now, said MacFarlane. Now each character’s story arc will explore, which will later lead to some emotional and heart-touching moments. Although Goodman didn’t tease plenty of details, yet it seems that the third season would delve deeper into the sophomore’s open arcs.

Speaking with Deadline, Jordan Helman said that the past one and a half years had been complicated when it comes to production. But he has seen the show’s cuts and is excited about what he has seen so far. Howbeit Helman didn’t share the official release date of the third run. Yet, he teased that The Orville Season 3 would return sooner than expected.

Is The Orville Season 4 Happening?

While talking about the third season’s update, Helman also hinted at the possibility of The Orville Season 4. He teased that they have been discussing the future of the show. Although he didn’t confirm anything, yet he left the door open for the potential fourth run. Helman continued that after the show moved from Fox to Hulu, fans of the show will come to the streaming platform and be deeply satiated.

Further, he believes that the show will cater to a new audience. They will feel a unique experience that they hadn’t experience in the past seasons. Thus deeming the fan’s approach and viewership rate, it would become easier for them to decide The Orville’s future. However, at least Helman is keeping the door open for the potential fourth run now.