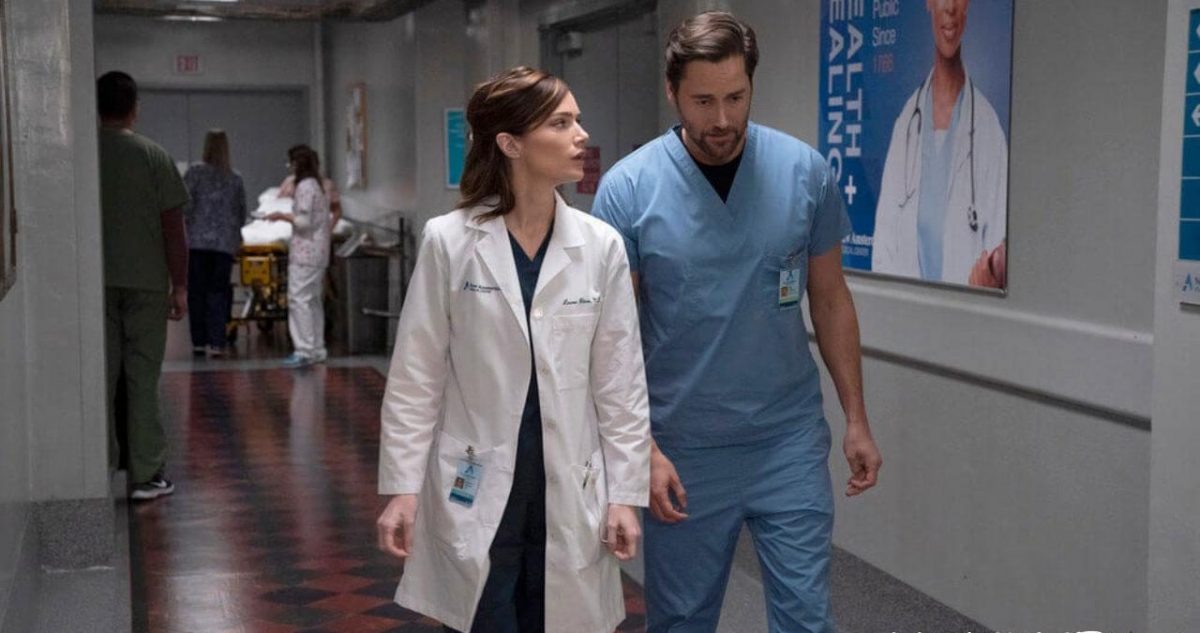 The highly awaited fan-favorite medical drama is coming back soon with New Amsterdam Season 4. And with that, the showrunner David Schulner teases what will happen to Dr. Max and Dr. Helen’s newly discovered romance. The previous season concluded by Max finally kissing Helen, moving forward to a new beginning in season. Exclusively, talking to TV Line, the showrunner also revealed the latest photo and the next season’s poster.

The storyline of New Ambersdam is one of those teasing instances when you can see the chemistry between the two characters, but it just doesn’t happen. Finally, fans felt overjoyed when the previous season concluded, bringing Max and Helen together. And as the premiere date nears, here is everything to know about New Amsterdam Season 4, including the release date, casting news, and more exciting details coming straight from the production.

David Schulner shared details about what is to come ahead in Season 4 of New Amsterdam. He shared that the upcoming season will focus on new beginnings acknowledging that the worst is behind us and the best is ahead in the future. As we have struggled with the pandemic in real life, the previous season depicted the doctors at the show struggling to cope up with the pandemic and bearing personal losses along the way. David added that the upcoming season would be a new start for Max and Helen’s relationship, while Max slowly gets over the loss of his first love.

Schulner also cleared that there is a lot to be unfolded in the upcoming season. He guaranteed that the first thing they did after the door closes in season 3 was not a conversation. A lot of things have been unsaid before that kiss happened between Helen and Ma. Season 4 of New Amsterdam will feature the communication and the duo’s transformation from a colleague to a romantic partner, while Max’s daughter also gets along with Helen. The chemistry between the two is finally ready to unravel in the net season.

The upcoming season is expected to witness a series of conflicts. It will be interesting to determine if Dr. Leyla Shinwari finds out what his girlfriend, Dr.Lauren Bloom did to secure her residency spot at the hospital. The awkwardness between Dr. Floyd Reynolds is expected to continue next Season when Floyd finds out that the man (Claude Baptiste) who gave him the promotion is the one Dr. Lyn Malvo is with, in an open marriage.

Schulner also revealed last spring that the premiere episode title for New Amsterdam Season 4 would be “More Joy.” He shared that the next season will be about recognizing the good things in life and moving on to better times after dealing with the losses that life has to offer. And be grateful for the things we have in life. For Max, it will be having his daughter Luna and finally getting along with Dr. Helen romantically.

Recently, the latest photo of Max and Helen was also revealed, holding each other at their favorite rooftop spot. Earlier, The poster was also released by Schulner, showing the tagline “Love Heals,” which, according to David, will also be the theme of the upcoming season.

New Amsterdam Season 4 will have some new character additions in the show. Michelle Forbes will join the star cast as Dr. Veronica Fuentes, a calm and courageous fixer brought in to reconstruct the hospital. Moreover, Sandra Mae Frank will make multiple appearances as a deaf surgeon, Dr. Elizabeth Wilder. In addition, Chloe Freeman plays as a resident in Dr. Bloom’s Emergency Department.

Season 4 of New Amsterdam will premiere on September 21, 2021, on NBC Network. It would be interesting to note how the chemistry between Max and Helen spreads on the canvas of Season 4 premiering soon. So, don’t miss it.