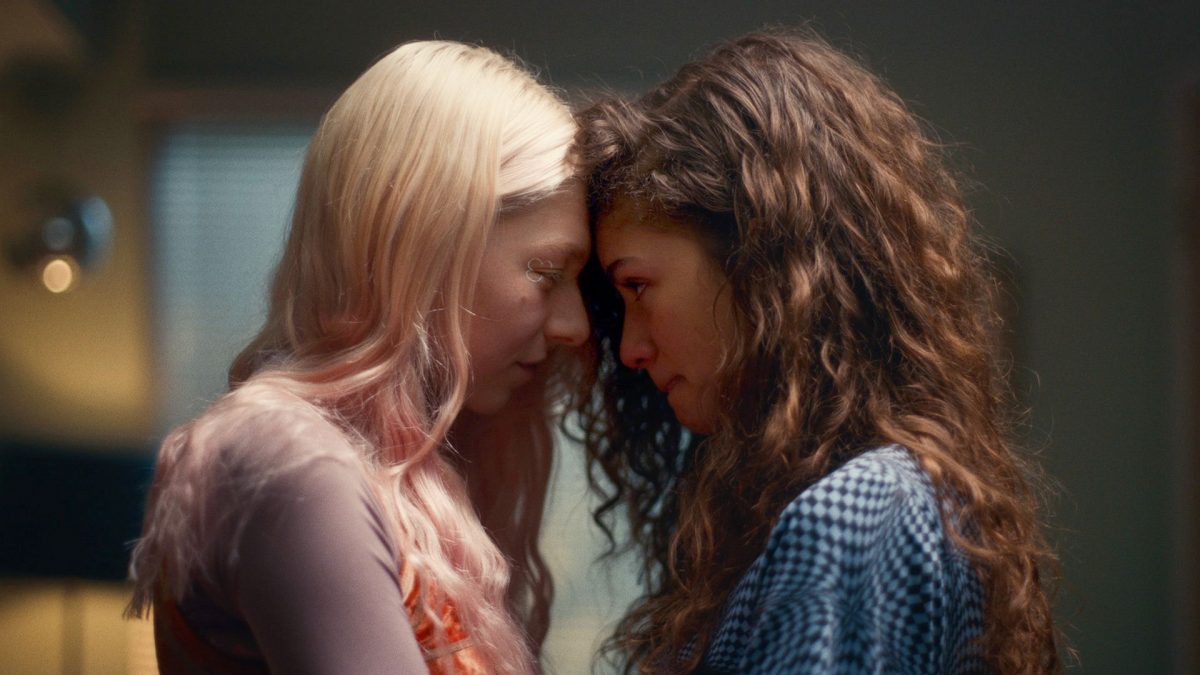 Euphoria’s showrunner Sam Levinson recently called Euphoria Season 2 the brutal season ever which will deeply explore Rue’s life in an awful way. The show debuted in 2019, and soon it became HBO’s Emmy Award-winning show with its boundary-pushing exploration of mental health issues, relationships, sex, drugs, and other teenage life trauma.

It follows a drug addict Rue, who is still in her recovering process. But she soon gets entangled in a series of mishaps. However, in season 2, she would meet some new people who might teach her some brutal and painful lessons.

Euphoria Season 2: Who Will Return?

Of course, Zendaya and Hunter Schafer will return as Rue Bennett and Jules Vaughn for the sophomore run. Storm Reid as Rue’s sister Gia will be joining them, who ensured that she would appear in a greater quantity in the next run. Besides, Sydney Sweeney as Cassie Howard, Barbie Ferreira as Kat Hernandez, and Jacob Elordi as Nate Jacobs will also return. Alexa Demie as Maddy Perez, Maude Apatow as Lexi Howard, and Angus Cloud as Fez will return as well.

Besides them, new faces will also join the show. Variety reported in August 2021 that Dominic Fike, Demetrius “Lil Meech” Flenory Jr., and Minka Kelly have signed to join the cast in the upcoming episodes. However, their role has yet to reveal. But Fike recently confirmed that he would play a “homie” character who loves to spend time with Jules and Rue. But he’s also depraved. Meanwhile, Minka will play a drag-out suburban housewife. Lil Meech will appear as Mandy’s love interest. On the other hand, Kelvin Harrison Jr., who was initially supposed to appear in the first run, will join the ensemble in its sophomore run. But unfortunately, Lil Nas X won’t join the cast as he turned down his role to focus on his new album.

Euphoria Season 2: Has Production Concluded Yet?

The show confirmed on March 16, 2020, that production was currently on pause. However, Kelvin soon told Variety that they already did a couple of table reads, costume fittings, camera tests, and even built the sets. But before the camera could start rolling, the pandemic halted the production. However, the series began filming earlier this spring, and Zendaya revealed that they had finished one-third of their filming in July.

Euphoria Season 2: Creator Drops Hints About The Next Run

In a recent interview, the series showrunner Sam Levinson said that it’s a brutal season. Meanwhile, Sam praised Zendaya for her incredible work in the show. Well, the first season explored the darker side of the high school students. So calling the second season brutal is not surprising at all. However, he said he loves the way Zendaya switched from one phase to another. One moment she’s going through dark places, and soon after a cut, you can see her hanging out with others and cracking jokes, Sam said.

However, he didn’t reveal much about the next run. But Zendaya’s statement in Teen Vogue hints that nothing would be typical for her character. She stated that Rue deserves all of the care. As it sometimes becomes devastating and complex for her to deal with the circumstances. Meanwhile, Barbie told that she wanted to see her character grow and explore the dynamics with her friends. Further, how she could bring confidence into her life would be intriguing to see.

HBO previously shared a teaser where Euphoria Season 2 was slated to return before the end of 2021. However, it’s now removed from the sizzle, as the production is yet to wrap. Currently, HBO hasn’t confirmed yet when season 2 would return. But Euphoria debuted on June 16, 2019, and deeming the release schedule; we can expect that Euphoria Season 2 would air sometime in spring 2022. Till then, stay tuned with us for more updates.