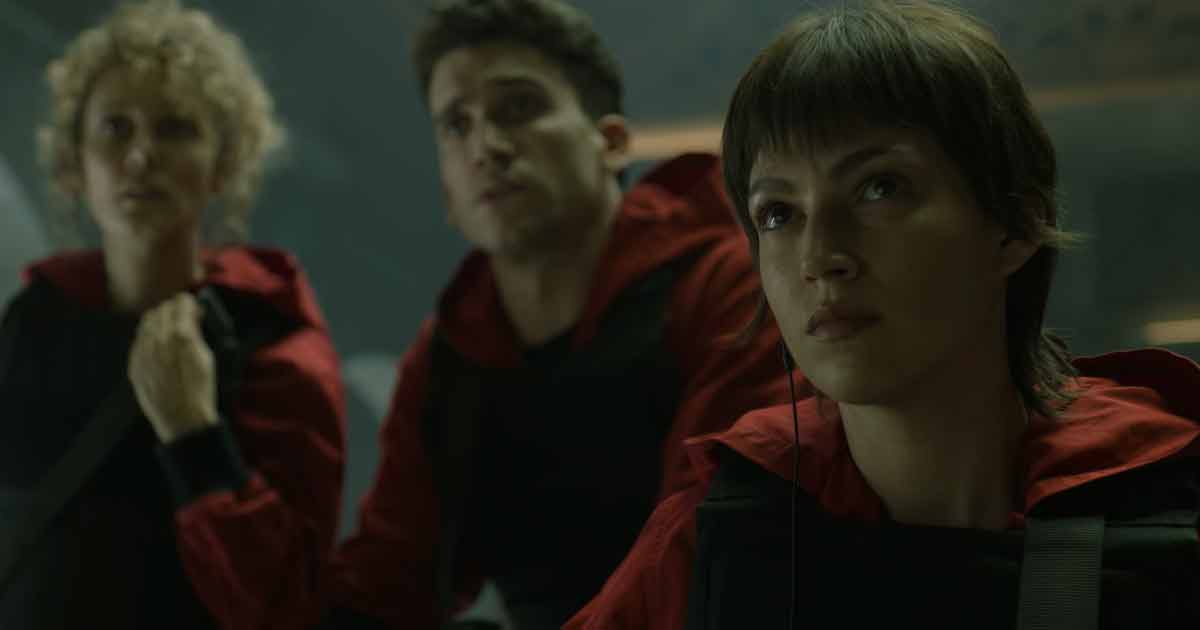 The recently premiered first part has left the fans in awe and hinted at the series’ even grander conclusion in the next part of Money Heist Season 5. Moreover, fans cannot get over Tokyo’s death as speculations about her return from death spread like fire on social media. Here is everything to know about Money Heist Season 5 Part 2.

Will Tokyo Return In Part 2?

Money Heist has always been known for its emotional yet thriller turns throughout the show’s journey. We’ve witnessed some unfortunate encounters like Nairobi & Berlin’s death, Professor getting captured, and many such jaw-dropping moments. However, the skeptic fans of the show did not see this coming. Part 1 finale witnessed Tokyo caught in the corner with nowhere to escape as she lies helplessly shot multiple times when the ferocious arch-enemy Gandia approaches closer to her. As per the plot, Gandia falls prey to Tokyo’s trick when we see unclipped grenades hung around Tokyo. Further, Tokyo winks at her captor, and the bombs explode, ending the journey for her and Gandia.

Meanwhile, fans cannot believe what they witnessed at the end of the first part. Hence, speculations are exploding all over social media about Tokyo coming back from the dead. The fans are hopeful that Tokyo will return for the conclusive part of the series as she’s also the narrator. As the final season kickstarts, we hear Tokyo mentioning, “The day I killed Gandia, all odds were against me.” These words from Tokyo unraveled into a more robust understanding as Money Heist Season 5 Part 2 nears the premiere.

Also, the last few moments saw Rio failing to reach Tokyo as he managed to catch the last glimpse at her. Tokyo made him promise that he would continue living further happily. Moments later, the bomb explodes, presumably shredding Gandia and Tokyo’s bodies into pieces. However, the last moments of Part 1 do not show Tokyo’s dead body. Thus, providing fans one more reason to be sure about her return in Money Heist Season 5 Part 2.

Part 1 saw Tokyo single-handedly taking on Sagasta and his army, including Gandia. While bullets fly everywhere with snipers surrounding the Bank of Spain, Tokyo keeps the fight alive, assisted by Denver and Manila. The two manage to escape, thanks to Stockholm finally gaining consciousness. While Denver and Manila escape, Tokyo falls prey to the enemy’s bullets, unable to move. Tokyo pulls out a crazy plan as she manages to take down Gandia along with her, with a bang shaking the Bank of Spain’s walls. The fans seemed devastated over Tokyo’s death and also questioned her narration. However, fans seem more than sure about Tokyo’s return in Money Heist Season 5 Part 2.

A fan on Reddit commented, “ How can Tokyo die, and we hear her say, “The day I murdered Gandia, all odds were against me.”

Another fan commented, “ Tokyo and Gandia die together, then what was the narration about?”

One Fan added, “ Tokyo will surely return out of the explosion smoke for Part 2.”

Netflix will premiere Part 2 of Money Heist Season 5 on December 3, 2021. Moreover, the fans eagerly anticipate the central character’s return. Additionally, a more thrilling turn of events is expected when the show makes its final appearance. So, don’t miss it.