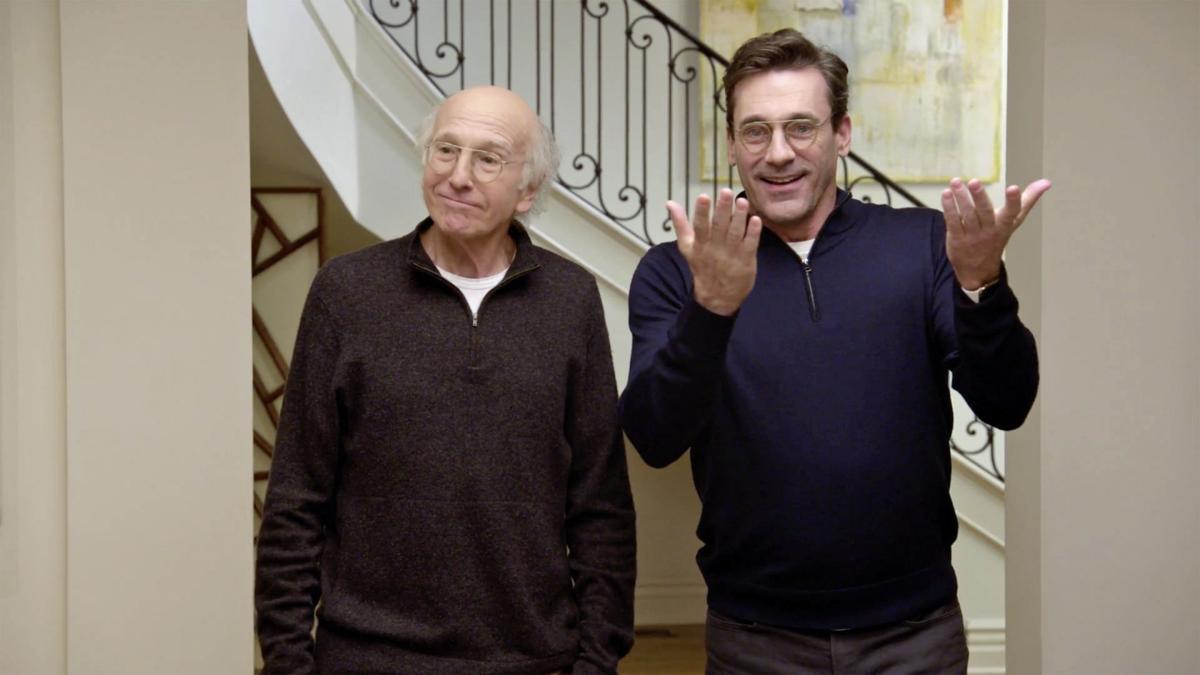 As per the latest reports, Curb Your Enthusiasm is speculated to have begun the filming for Season 12. Recently, Larry King was spotted making appearances at public events like New York Fashion Week and the U.S. Open. However, what attracted attention was his strange gestures that made the fans curious.

Larry was seen covering his ears in public while the crowd enjoyed the show. However, his awkward actions confused the fans, speculating about the filming of Curb Your Enthusiasm Season 12. Larry has managed to take the show ahead for 11 seasons. The fans have loved the show making it a huge success for HBO.

Larry David was spotted sitting at the front seat at a STAUD show during the New York Fashion Week. He was seen covering his years with his head tilted down while the models walked past him. Moreover, Larry David is not known for his public appearances. Therefore, fans started wondering if his appearance meant that the filming of Season 12 is secretly underway. A fan spotted him at the show and posted his video on Twitter.

In another instance, Larry was seen during a match at the U.S. Open. Larry was spotted covering his ears while the crowd was cheering. Another fan shared his video on Twitter. And fans again started speculating on a possible season 12 filming. But, it is not clear if HBO has taken permission to shoot during public events like these.

Further, season 11 of the show will be premiering this October on HBO. And the network has not confirmed Curb Your Enthusiasm Season 12 yet. Although, HBO is known to wrap production and editing before the premiere announcement. Therefore, the possibility of his appearances getting added to Season 11 seems highly unlikely.

Will There Be Curb Your Enthusiasm Season 12?

Earlier, Jeff Garlin teased a possibility of Season 12 while talking to Mediaite. Jeff plays Larry’s manager and best friend in the HBO comedy. He said that there could be another season keeping Larry’s health conditions in mind. Larry fulfills the roles of actor, writer, showrunner, and executive producer in the show. He is seventy years old, and all this work is physically challenging. Jeff further added that Larry probably had two more seasons left in him.

Talking about Larry, actor/ comedian J.B. Smoove shared that the six-year break between season six and seven has certainly fuelled up his inspirations. Morover, he added that Larry is enjoying the production and the fantastic star cast of the show. With time, he keeps up picking challenges and making Curb Your Enthusiasm more binge-worthy and entertaining. Therefore, there is a strong possibility for Larry to return for Curb Your Enthusiasm Season 12 in the future. Unfortunately, Netflix has not decided about the twelfth season. But, fans hope that the streaming service approves another season soon.

Larry’s awkward appearances have thrilled the fans and spiked their expectations for the next run. As we hope for another season, Larry’s recent appearances make life interesting for the fans of Curb Your Enthusiasm. If Netflix renews the show for another season, we can expect the release date to be somewhere around Fall 2022. Meanwhile, season 11 of Curb Your Enthusiasm is slated to release in October 2021. So, don’t miss it.