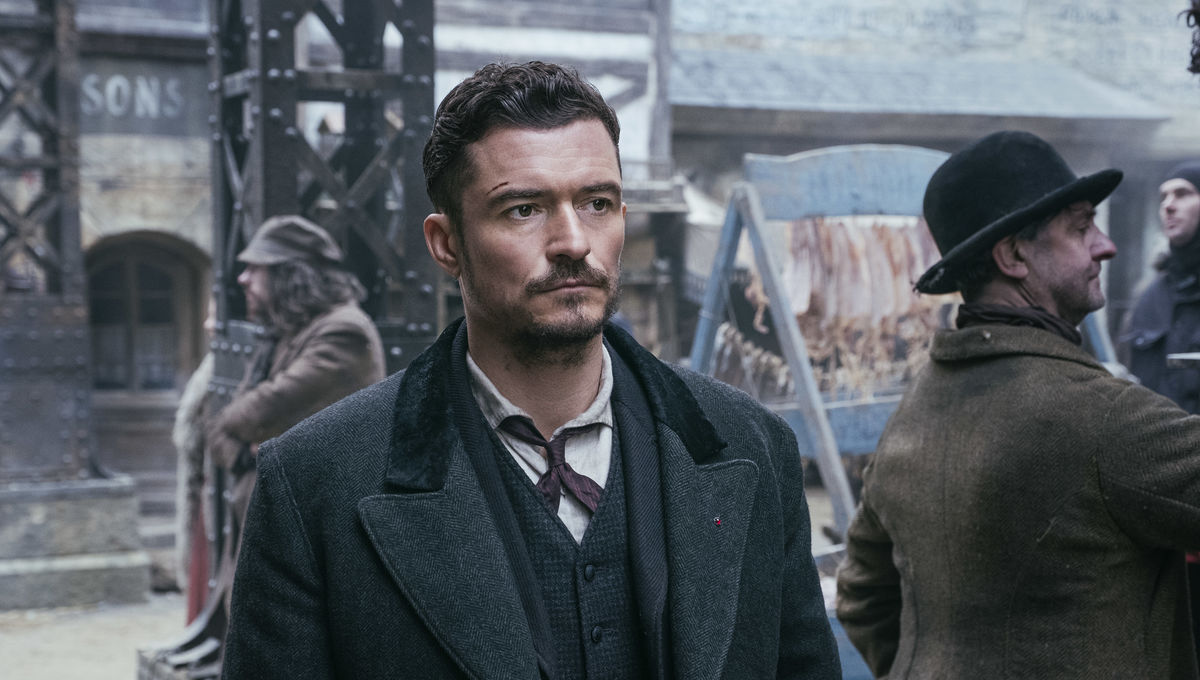 Amazon Studio’s neo-noir fantasy series star has shared some behind-the-scenes images of Carnival Row Season 2. That hints at the much-needed production update. Recently Orlando Bloom took to Instagram while looking back on his time on the set. Well, the streamer renewed the show for the second run back in 2019. But it took almost three years to resume filming- due to the pandemic also the cast schedule is to blame.

Created by Travis Beacham and René Echevarria, Carnival Row revolves around the mystical creature that left their war-torn homeland. But, the growing number of migrants in the city created massive tension amongst the citizens and settlers. It delves deeper into the mystical creature and humans’ relationship as the drama shifts to the madness of power, series of brutal murders, and social adjustments.

Amazon renewed the series for the second run back in July 2019. Soon after a few months, the production began in November 2019. Fortunately, most of the scenes were filmed before the March 2020 shutdown. The half part was already wrapped as the star teased in an interview. But Amazon firmly decided not to split the season into two halves. Despite the filming wrapped up in August 2020 in the Czech Republic. Thus the filming for the second run resumed in May 2021 in the Czech Republic so they can film the remaining scenes, which involve Orlando.

Well, he wasn’t able to film his scenes last year as Katy Perry was pregnant with their first child. Later we learned that besides Prague, the series also filmed some of its scenes at Barrandov Studios as well as in Doksany, Liberec, Tousen, Nelahozeves, and Libochovice. Recently Orlando took to Instagram to share delighting news. He shared his video while shaving his Philo beard. “What a gift,” he captioned. Meanwhile, he looked back on his time on Carnival Row Season 2 set in his lengthy post, having fun with the other cast.

Amazon Studios and the entire cast kept the fans busy while sharing some tidbits about the filming of the second run. But, soon after the series officially wrapped up its filming, the show’s official page shared four brand-new photos of the cast. All the pictures teased plenty and a little about season 2 all at once, meanwhile hinting at the fate of some of the characters.

As we can see, in one picture, blood-soaked Orlando watches a scene on the video with the other crew. On the other hand, the other two images teased Cara Delevingne’s new look in the next season. Unfortunately, it seems she might lose her pinion. Well, it looks like a challenging season for the couple, Philo and Vignette. While another image teases a tense scene between Agreus Astrayon (David Gyasi) and Imogen Spurnrose (Tamzin Merchant).

The last season ended with Jonah establishing a ghetto for the Fae and forced them to leave the city and never return or interact with the humans. But Philo decided to explore his half-fae heritage and chose to join Vignette and the other Fae in the quest. But now it seems Philo’s decision would severely affect him in the next run. As he’s neither a human nor a Fae.

Thus it becomes quite difficult for him to blend with them. Meanwhile, Imogen and Agreus escaped from The Burgue in the finale. But, we saw someone chasing them. Now it looks like they have to stay wary to avoid any danger.

Carnival Row Season 2: When Could It Return?

As of now, Amazon is yet to announce the official air date of Carnival Row Season 2. But, the first season took a year to finish post-production before hitting the streaming platform. So deeming the time it takes, we expect Carnival Row Season 2 to return sometime in 2022.