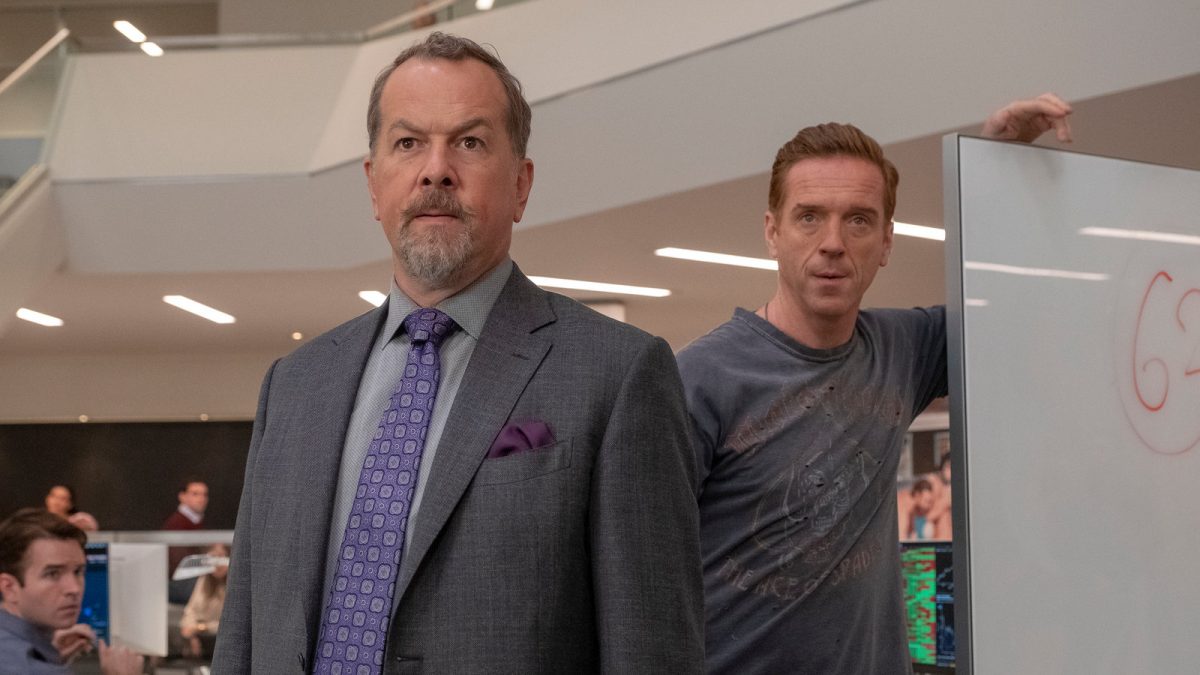 After the pandemic-caused production shutdown, Billions is returning with some bang-on episodes, including a brand-new Billions Season 6. Surprisingly, before the show could return, the network already announced the fate of Billions Season 6. So now you don’t have to wait a lot to watch the endless battle between billionaire Bobby Axelrod and Attorney General Chuck Rhodes. Instead, it will carry on when a new rival crosses Axe’s paths leading to more fireworks in the upcoming season.

Of course! Billions is returning for the sixth season. While the production of the fifth season was on halt in New York, Showtime renewed Billions for the sixth season back in October 2020. Surprisingly, the renewal news came much before the second part of the fifth season could even return. But, the main aim was always to finish the remaining five episodes of the financial thriller before heading on to the next season.

Soon after the crew filmed the last episode of the fifth season, they carried on with the production of the sixth season. During a Television Critics Association panel in August, Gary Levine, Showtime’s President of Entertainment, teased the filming update. Gary stated that the crew shot the last episodes of the fifth season and the pilot of the sixth season altogether. Gary said that they felt guilty for the viewers as they had to wait to watch the rest of season 5.

So the producers and the network decided to plow ahead. Shortly, on September 19, creator Brian Koppelman tweeted that filming had already started. And now they are more than halfway on season 6 filming. Further, the other cast members also shared some behind-the-scenes teasing filming is underway. Kelly AuCoin, who plays Dollar Bill, shared a short funny video of him rolling the chair.

While Showtime announced Billions Season 6, it also confirmed that Corey Stoll who plays Michael Thomas Prince will be upped as series regulars in the next run. Thus indeed, Corey would return. Besides him, the series lead would also return to continue the battle. These include Paul Giamatti as Chuck Rhoades and Damian Lewis as Bobby Axelrod.

Maggie Siff as Wendy Rhoades, Asia Kate Dillon as Taylor Mason, and David Costabile as Mike “Wags” Wagner will also return. In addition, Condola Rashād as Kate Sacker and Kelly AuCoin as Dollar Bill Stearn will join. Jeffrey DeMunn as Charles Rhoades will also return. Janeane Garafalo’s guest star in the fifth run as Winslow, as the owner of a legal cannabis corp. So, she will probably return if her plot extends into season 6.

After watching the recent episode “Liberty,” it’s easier to speculate where the show might be moving in the sixth run. First, it featured Axe getting under the claws of COVID from his plane’s pilot, and now he is quarantined in his house. Meanwhile, Axe Cap employees received the vaccine. So now they don’t have to wear the mask, at least at the office. Thus we expect to see more of the post-pandemic world in the future episodes.

Meanwhile, Wendy and Axe’s relationship finally moved in a significant romantic direction. Well, the show already hinted at this connection in the first season. But it instead developed slowly over the years. However, the relationship might bring more problems between the other characters, especially in Chuck’s world. Are Axe’s feelings real or just Billions scheming to use Wendy as a weapon? Only time will tell this.

As of now, there’s no specific release date for Billions Season 6. But we do know that Billions Season 5 finale will drop on October 3, 2021. However, unlike the prior seasons, there won’t be a massive gap between the two seasons. As Brain recently tweeted that Billions Season 6 could return early in 2022. So perhaps deeming its filming status, it could hit Showtime sometime in January 2022.