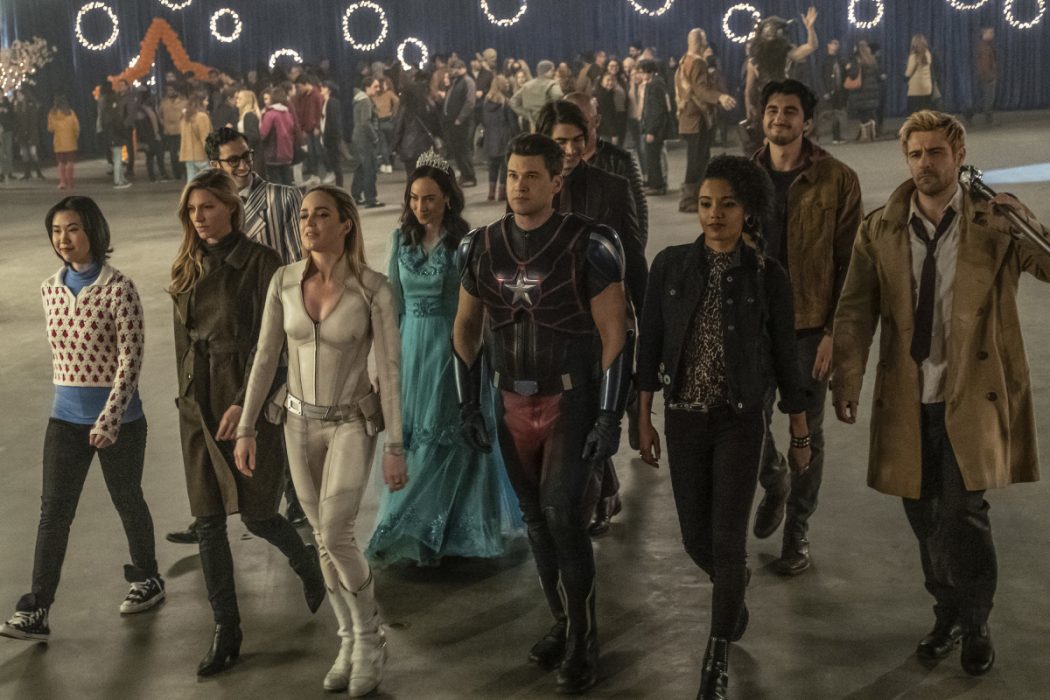 The epic bunch of weirdos with truly random superpowers is soon to make a time-traveling return for Legends Of Tomorrow Season 7. Previously, we saw the Legends succeed in saving the Fountain. Thus, Earth is protected, and the Bishop returned. However, the Legends realize that they are stuck in 1925 as their Waverider is destroyed, leaving them no hope to return home. So what happens next in Legends Of Tomorrow Season 7. Keep reading ahead to find out.

Legends Of Tomorrow Season 7 Preview: What To Expect?

Season 7 will kick start with the premiere episode titled “The Bullet Blonds.” After saving the Earth from aliens by defeating them, the legends will find themselves stuck in the year 1925 at Odessa, Texas. Soon after, they will realize that their Waverider is destroyed, and they are stranded back in time. As Astra uses her powers to try and fix the situation, the superhero squad gathers unwanted attention from the town.

Moreover, the Bureau of Investigation Director, J. Edgar Hoover, will sense something odd and reach the city with a surprise. Further, as the legends realize the need to escape, Sara and Ava go on a crime spree to cause a distraction as Hoover tries to chase them down. Meanwhile, Ziri will struggle to get over Constantine while Behrad proposes the one thing that can help her.

In the latest trailer, we see Waverider blown off by the aliens before escaping from Earth. So, the Legends realize that they are stuck in 1925. The trailer assures a lot of drama unraveling in Legends Of Tomorrow Season 7. The squad will realize that they cannot stay in Odessa for long, as their presence will attract attention. Hence, the group will decide to move on their own. But, the fun does not stop without funny superheroes. So, Hoover will fiercely chase them down while they try to figure out a way to return.

Last season, we saw that the Fountain of Imperial failed to protect Earth from alien invasion. Moreover, we saw the Legends prepping to fight against the aliens in 1925. Further, Bishop tricked Constantine into drinking poison. Constantine tried to save himself with the Fountain, but the Fountain dried with the death of the magic man.

Soon after, the protectors of the Earth renounced Earth to be unworthy. However, towards the end, Sara and Ava’s love convinced the Fountain to protect Earth again. With the destroyed Waverider, it will be exciting to see how the Legends return to the present in Legends Of Tomorrow Season 7.

All the leading cast members are set to return for the next run of superhero drama. Legends Of Tomorrow Season 7 will see Caity Lotz as Sara Lance, Olivia Swann as Astra Logue, Tala Ashe as Zari Tomaz & Zari Tarazi, Jas Macallan as Ava Sharpe, and Shyam Sobhian as Behrad Tarazi. Moreover, Adam Ysekhman as Gary Green, Lisseth Chavez as Esperanza Cruz, Amy Loise as Gideon, and Nick Zano as Nate Heywood will also join season 7. In addition, Matt Ryan will appear in a new character as Gwyn Davies.

The CW announced the show in February 2021. And finally, the first episode of Legends Of Tomorrow Season 7 is all set to premiere on October 13, 2021, at 8/7c. Further, the network has not revealed an episode count. However, citing the episode count of the last two seasons, we expect season 7 to feature 15 episodes.

Each episode will air on Sundays, following the streaming of the latest season on The CW website the next day. So keep returning for the latest updates, and don’t miss out on the newest episodes of Legends Of Tomorrow.