Home Entertainment Legends of Tomorrow Season 7 Episode 1: Legends Find Themselves Stuck In 1925! How Will They Return?
Entertainment News TV Shows

Legends of Tomorrow Season 7 Episode 1: Legends Find Themselves Stuck In 1925! How Will They Return? 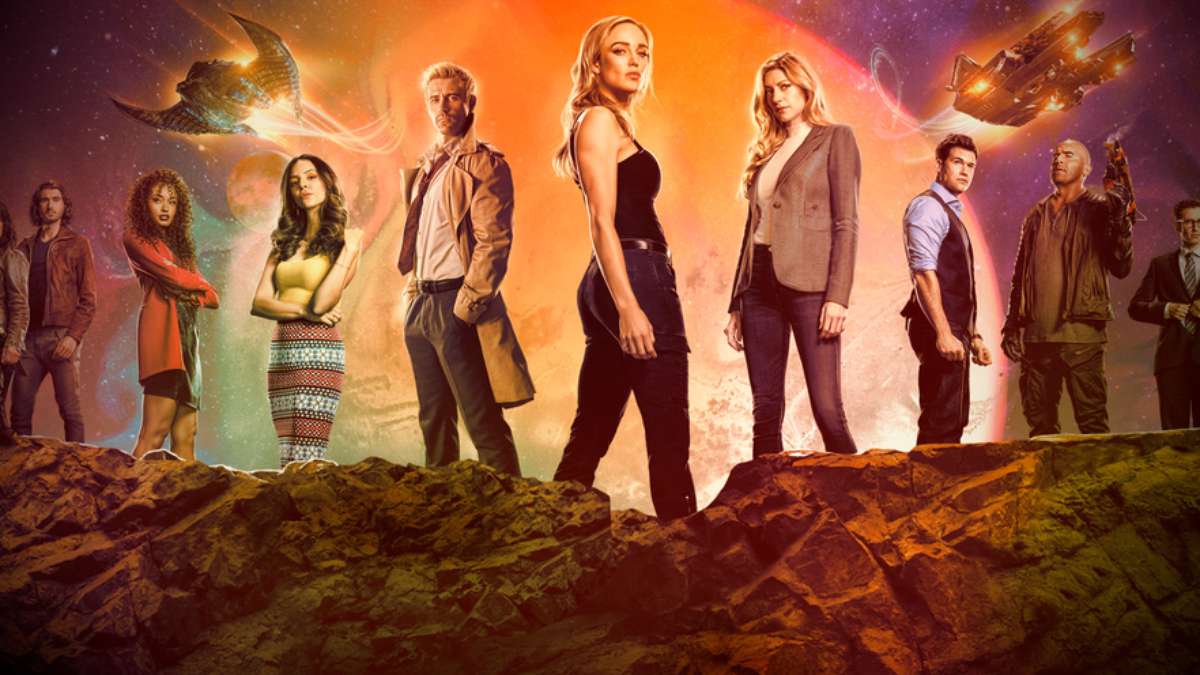 It looks like the legends will be stranded in 1925 Odessa when the series returns for Legends Of Tomorrow Season 7 Episode 1. After defeating the uninvited aliens and saving the earth, the superheroes find their Waveriver destroyed. Without the Waverider, the Legends find themselves unable to return to their time.

Moreover, they are about to attract some unwanted attention to the town, which will result in a surprise in season 7. And fans will also see Matt Ryan returning with his new role as Dr. Gwyn Davies in the upcoming episode. So continue to know all the details about the premiere episode of Legends Of Tomorrow Season 7.

Legends Of Tomorrow Season 7 Episode 1 Preview: What Will Happen?

The CW has revealed the official synopsis for the premiere episode of Legends Of Tomorrow Season 7 titled “The Bullet Blondes.” Unfortunately, the legends will find themselves stuck in the 1920s when the premiere episode reaches the screens. Before leaving earth, the aliens destroyed Waverider. So, the legends cannot go back to their time without fixing Waverider. Meanwhile, the superheroes have to spend their time in Odessa, Texas. There, Astra will use her powers to fix things, which will only draw unwanted attention to the town. The incident will lead to the new Director of the Bureau of Investigation, J. Edgar Hoover, reaching the town, followed by an unexpected surprise.

Meanwhile, the legends will realize that they must escape. So Sara and Ava will go on a crime spree to distract Hoover as he tries to chase them down. In addition, Zari will still suffer from the absence of Constantine in the first episode of Legends Of Tomorrow Season 7. Hence, Behrad will suggest the only thing which would help her get over Constantine. Moreover, the trailer teases a funny adventure ahead as the legends try to figure their way out of the situation.

The previous season ended with the destruction of Waverider

destroyed by another one before it disappeared. Before that, Constantine died, and Zari was extremely sad about his passing. However, he returned from hell and gave Zari a key before bidding farewell. He also expressed his desire to walk alone on this designated path to hell. Although, Matt Ryan will appear as Dr. Gwyn davies in Legends Of Tomorrow Season 7.

Meanwhile, the legends try to restore the fountain to avoid the Zaguron’s from invading the earth. They kidnapped a young bishop from 2212 Vancouver to create an antidote to awaken Spooner. However, their plan failed, and Zaguron pods landed on the planet. Eventually, the legends’ connection revived the fountain, leading them to defeat the aliens using each other’s powers. However, the premiere episode of Legends of Tomorrow Season 7 will find the superheroes stuck in the 1920s.

The premiere episode of Legends Of Tomorrow Season 7 will air on October 13, 2021, at 8:00 p.m. exclusively at the CW. Further, the network has announced the titles for the first eight episodes of the season. Each new episode will have a runtime of around 45 minutes, airing weekly on Wednesdays at The CW. Hence, prepare yourselves for another thrilling adventure in the upcoming season and keep coming back for more updates.