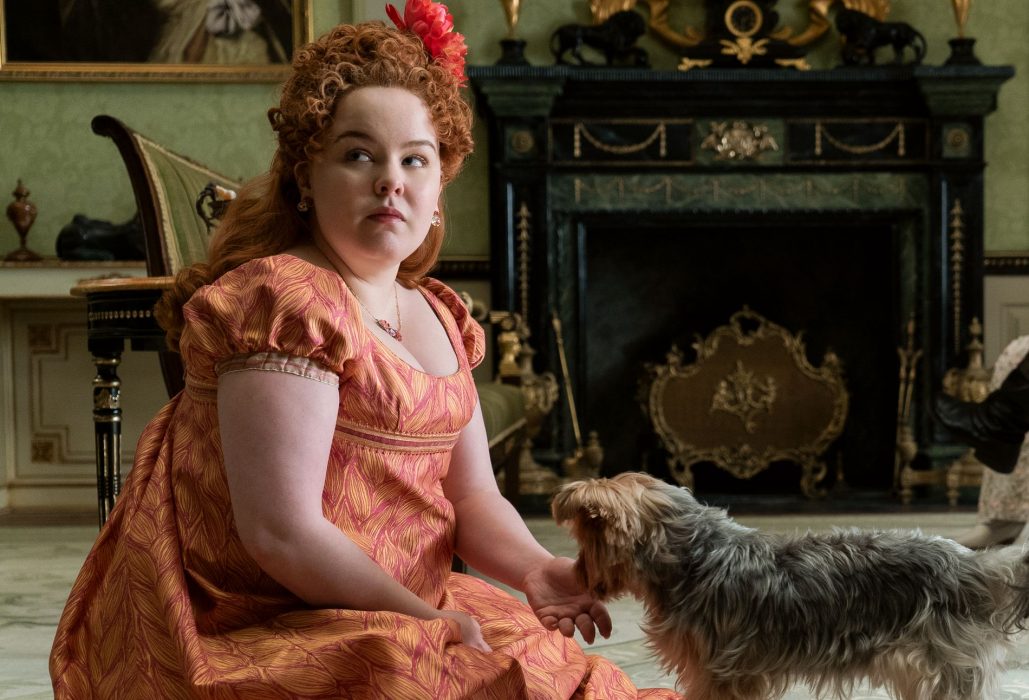 Netflix’s period-drama actress Nicola Coughlan, who portrays Penelope Featherington, has teased an emotion-packed finale for Bridgeton Season 2. While the production for the second season is nearing an end, fans have been treated with a finale tease. The streaming network has also dropped the first look for the second installment recently.

Bridgeton became Netflix’s successful original series, grossing 82 million viewership worldwide. The series draws inspiration from the eight-novel series by Julia Quinn. The first installment of Bridgeton was based on Julia’s novel named “The Duke and I,” showcasing Daphne Bridgeton and her romantic relationship with Simon Basset, the Duke of Hastings.

The upcoming season will focus on Daphne’s brother, Anthony Bridgeton. He is the eldest of Bridgeton’s siblings and also acts as the Viscount of the family. Season 2 will focus on Anthony and his search for a perfect bride. So, continue reading further to discover all the details about the following season.

The Irish actress has recently teased a few details about the upcoming season’s finale while talking to Radio Times. She revealed that the filming for season 2 is currently underway, and her filming schedule will end in October. Moreover, she added the creators have planned to provide the fans with a “heavy” and “dramatic” finale, which will surpass their expectations. At the conclusion of the first season, Penelope Featherington was disclosed as the mysterious Lady Whistledown of the Bridgeton family.

The spotlight will shift from Dafne Bridgeton to her elder brother Anthony Bridgeton in the upcoming season. Netflix has also revealed the first teaser video of Bridgeton Season 2. Anthony will seek a deserving bride in the next installment. The teaser depicts Anthony’s encounter with Edwina Sharma. She will be named the “Diamond of the First Water” in season 2. Following a fierce meeting, Anthony is bound to chase Edwina in the upcoming season.

In February, the network revealed that Simone Ashley would portray Kate Sharma in Bridgeton Season 2. Moreover, Charithra Chandran as Edwina and Rupert Young have also been added to the cast. In addition, Shelly Conn, Calam Lynch, and Ruper Evans have also been added to the cast. The lead cast members returning for season 2 are Lorraine Ashbourne, Jonathan Bailey, Adjoa Andoh, Sabrina Bartlett, Ruby Baker, Bessie Carter, and Harriet Cains.

Bridgeton Season 2: When Will It Return?

Netflix renewed Bridgeton for a second run in January 2021. Moreover, the streaming network has also renewed the series for the third and fourth season in April. Further, as confirmed by Nicola Coughlan, the filming kicked off in March and is slated to conclude in October. Thus, we can expect Bridgeton Season 2 to premiere in the first half of 2022. However, Netflix has not yet announced the release date for the second installment. So, keep returning for more updates about your favorite shows.