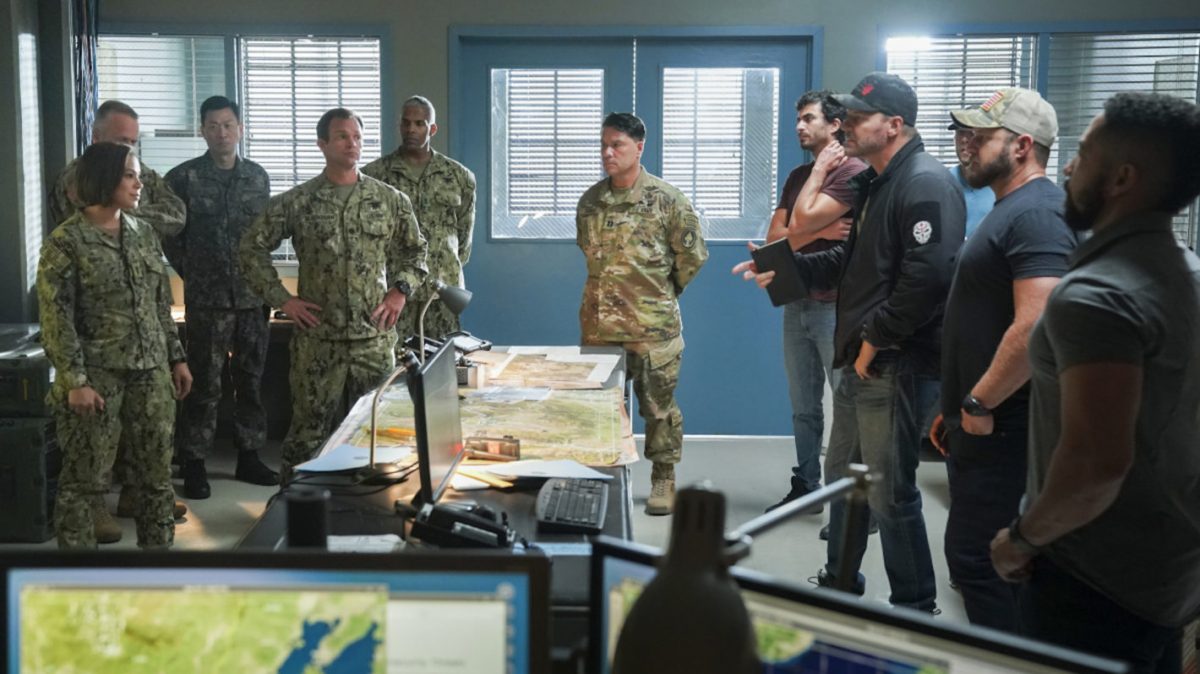 It looks like the Bravo Team will continue their pursuit of Boukare and Mandy’s whereabouts in Seal Team Season 5 Episode 6. But, first, they will have to escape their burning vehicles in the upcoming episode.

After disarming the train in the previous episode, the Bravo Team was headed to track down Boukare. However, they were ambushed by Molotov Cocktail. Hence, what will the Bravo Team do in the upcoming episode? Keep reading on to know all the details about the next episode.

The sixth episode of Seal Team Season 5 is titled “Man on Fire.” The upcoming episode will depict the Bravo Team struggling to escape the SUV that caught fire after the Molotov Cocktail sowers. However, they will manage to escape without much damage. But unfortunately, Jason’s desire to track down Mandy will come in between their mission.

Between the skirmish of his personal and professional life, Jason will be forced to make some crucial decisions. However, his choices will put the lives of the Bravo Team members at risk in the sixth episode. Also, the final part of the three-episode arc will reveal the fate of Mandy. It will be quite thrilling to discover if the Bravo Team finally manages to rescue Mandy or not. The mystery revolving around the kidnapping of their former team member is deepening as Bravo is inching closer to Mandy. So, the sixth episode of Seal Team Season 5 is bound to clear up the fog from these unanswered questions.

The fifth episode found the Bravo Team trying to get aboard the commuter train, allegedly carrying the third HVY, Boukare. The train also consisted of the designs on the suicide bombing of the U.S. consulate. The team boarded one of the rear back cars of the train through a chopper. Davis revealed that Boukaro’s men were live-streaming the proceedings, which meant the presence of soldiers at the front of the train. Moreover, Davis told the team that additional bombs were on the train beyond the S-vest with no confirmation about the triggerman’s location. Then, the team moved forwards through the cars while Sonny was posted outside.

Surprisingly, Boukare and some of his men got off to a station before the U.S. consulate. Jason defied the orders of CIA agent Dryden and ordered Clay and Trent to follow Boukare. Bravo managed to get to the front car and got hold of the triggerman. But Clay and Trent lost track of Boukare. Soon after, Dryden took the team off the mission in Seal Team Season 5 Episode 5.

Next, Dryden got a possible location of the terrorist leader. Jason convinced the CIA officer to send Bravo as backup, who put a condition of taking Remington along with them. While on their way to the GB area in armored vehicles, Bravo acknowledged the random gunfires in the night sky. Remington told them that is how the SGS sends threat warnings. Eventually, Molotov cocktails rained in the night sky, leaving the two armored vehicles in flames in Seal Team Season 5 Episode 5.

The sixth episode of Seal Team Season 5 will air on November 7, 2021. Each new episode will air weekly on Sundays, exclusively on Paramount+. The series has been discontinued on CBS recently. Also, the fifth season will feature a total of 14 episodes. So, don’t forget to watch the latest episodes and keep returning for more informative updates.