The Curse Of Oak Island Season 9 Episode 2: Excavation Restrictions Leads To More Challenges! Will The Laginas Find The Traces Of Money Pit? 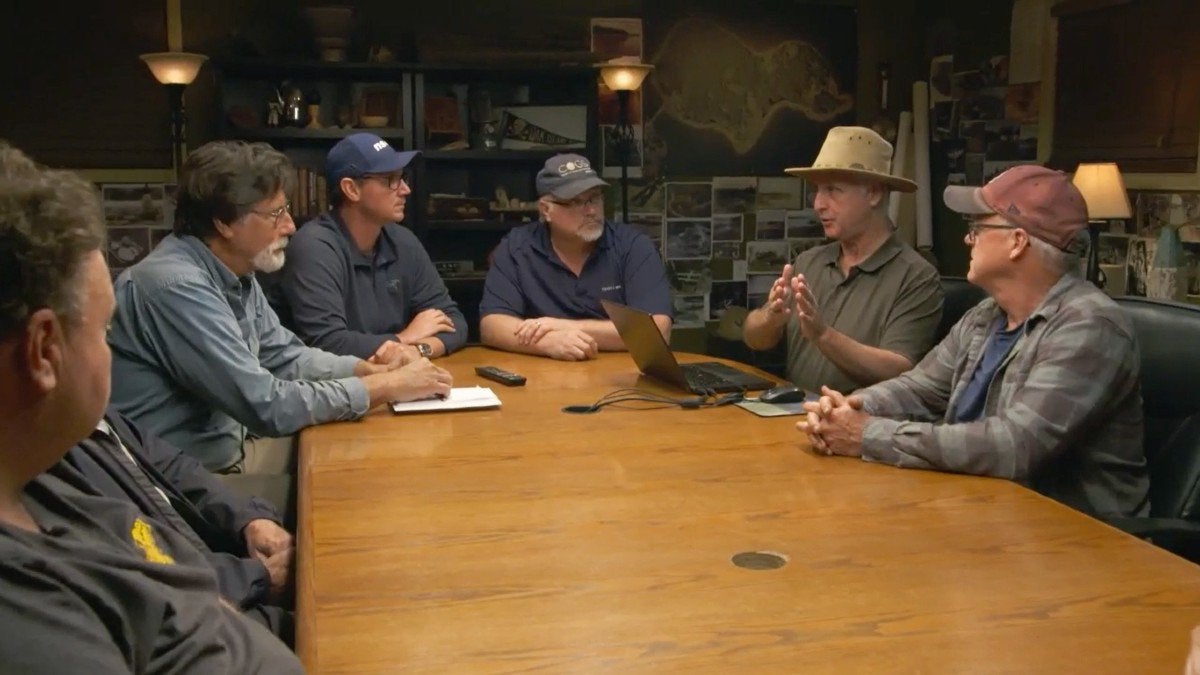 The Laginas will look forward to getting some clue about the location of Money Pit in the second installment of The Curse of Oak Island Season 9. Unfortunately, their excavation has been restricted to the Money Pit area, which is a big setback for the crew. Their search for traces in the previous episode did not lead them to a positive result.

However, the Lagina brothers and their team will look to find something intriguing that would lead them to the gold in The Curse of Oak Island Season 9 Episode 2. So keep reading ahead to learn all the updates about the upcoming episode.

The Curse Of Oak Island Season 9 Episode 2 Preview: What Will Happen Next?

The second episode of season 9 is titled “The Gold Metal.” The upcoming episode will continue the Lagina brother’s quest to search for the hidden treasure at Oak Island. Unfortunately, the team has faced a setback as the digging is now restricted to the Money Pit. With limited areas to explore, the Laginas will have to strengthen their search for the Money Pit.

However, now they will use new methods and techniques to find the location of the hidden treasure in The Curse Of Oak Island Season 9 Episode 2. Moreover, the challenge gets critical with the team getting close to the treasure. The Laginas will look to get their hands on the gold by the end of season 9 anyhow.

The premiere episode began with the Laginas’ discovery of silver traces in the water body. However, several attempts to excavate buried materials and clues for the gold’s location did not bear positive results for the team. They also decided to halt the digging outside the Money Pit area after the implementation of new excavation regulations this year. Moreover, in the first episode, the team relied on the area’s aerial pictures to discover the true nature of the water bodies. Their research led to a confirmation that the stone road was a port constructed by the Portuguese.

Meanwhile, in the premiere episode, the Laginas were busy exploring the southeast corner of the swamp. They found some brass ornaments, barrels, and pottery remains at the location. Further, the water test in the Money Pit area found traces of gold. However, the measure of the gold traces was parts per billion. Also, the boreholes dug at the gold concentrated places did not get any promising results in the first episode. The team also used the metal detectors only to find an iron piece of a wagon wheel, assumed to be from the 1650s.

When Will the Second Episode Of The Curse Of Oak Island Season 9 Air?

History Channel will air episode 2 of The Curse Of Oak Island Season 9 on November 9, 2021. Each new episode airs weekly at 9:00 p.m. on Tuesdays, with an estimated runtime of about an hour. The show is also available on the network’s official website, Spectrum TV, Fubo TV, DirecTV, Philo TV, and Sling TV. So don’t forget to watch the newest episode of season 9 and return for more news and updates.