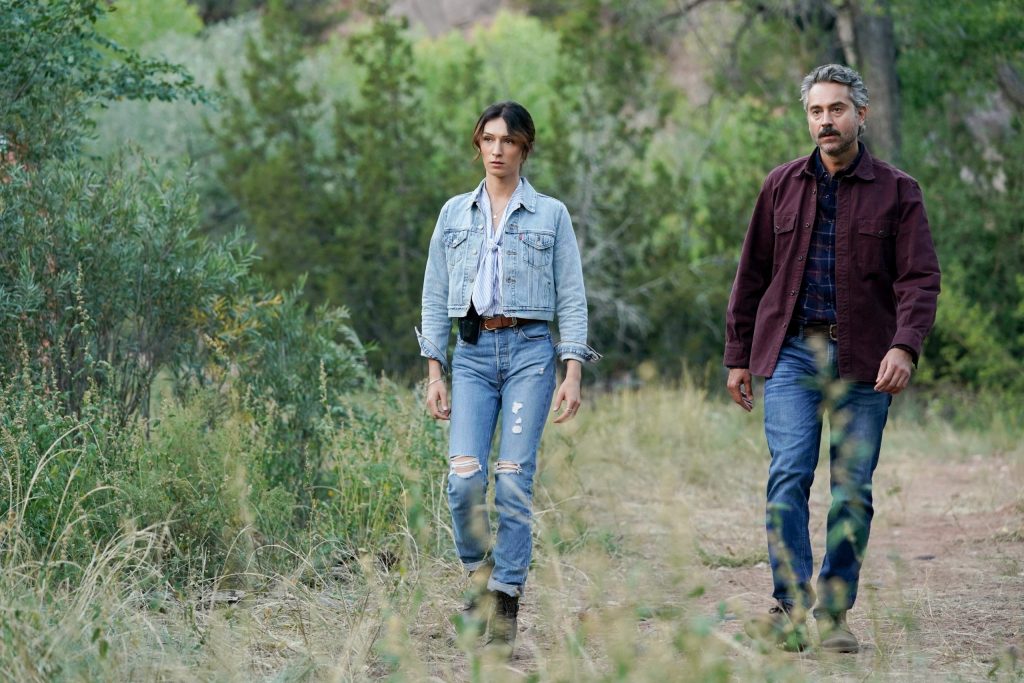 It looks like Donno will unleash hell on Cassie and Jenny with his deadly attacks in Big Sky Season 2 Episode 5. Meanwhile, Deputy Harvey’s location is still unknown. In the previous episode, tonya deceived everyone by blaming Harvey for her abduction and her boyfriend’s murder.

However, Tonya’s confession turned out to be a manipulation by Wolf to launch an attack on the squad. So what will transpire next in the upcoming episode of Big Sky Season 2? Keep reading on to know all the details about the forthcoming episode.

The promo for the upcoming episode titled “Mother nature” teases that “Monsters are not born, Monsters are made.” In the upcoming episode of Big Sky Season 2, Cassie and Jenny will find themselves struggling to dodge an attack by Donno. The duo tries desperately to save Bridger. Meanwhile, Jerrie will be visited by someone for her past. The person will cause trouble for Jerrie, as she does not want the person to return to her life.

Casie and Jerrie searched for Tonya in the previous episode of Big Sky Season 2 titled “gettin’ tight to it.” Meanwhile, Wolfgang Legarski, Rick’s twin brother, slowly convinced Ronald to join him. Harper spotted Creary and informed Max about it. Also, the duo tried to break a deal with Dylan but received a text from Bridger. However, Deputy Harvey grabbed Bridger, tied him up, and questioned him. Bridger gave Harvey his sister’s number. He agreed to give up the drugs and the money in return for him walking free.

Furthermore, Ren fooled Cassie and Jerrie when they entered the construction site while Donno hid Tonya in the closet. Wolf put a choke collar around Ronald’s neck and asked Scarlett to set him on fire, but she refused. Further, Tonya surprised everyone at Hoyt and Dewell’s investigation offices by stating that Harvey abducted her. She also told them that Harvey murdered her boyfriend and the restaurant owner. Cassie and Jerry search for Harvey while Tubb does not believe Tonya. At the end, when Cassie walked into Harvey’s office, Donno fired bullets at her in Big Sky Season 2 Episode 4.

The second season is returning with episode 5 after a break of three weeks. ABC will air Big Sky Season 2 Episode 5 on November 11, 2021. Each new episode airs weekly on Thursdays at 10:00 p.m. ET, with an average runtime of 45 minutes.

If you miss the airing on ABC, fans can watch the latest episode on the network’s official website and ABC app. Moreover, Big Sky Season 2 is also available to stream on Fubo TV, Xfinity, YouTube TV, Hulu+Live, and DirecTV. Thus, don’t miss out on the fifth episode of season 2

and keep coming back for more updates about your favorite TV shows.