The Flash Season 8: Latest Images Tease A New Clue And Return Of Familiar Foes! Can Flash Stop The Apocalypse? 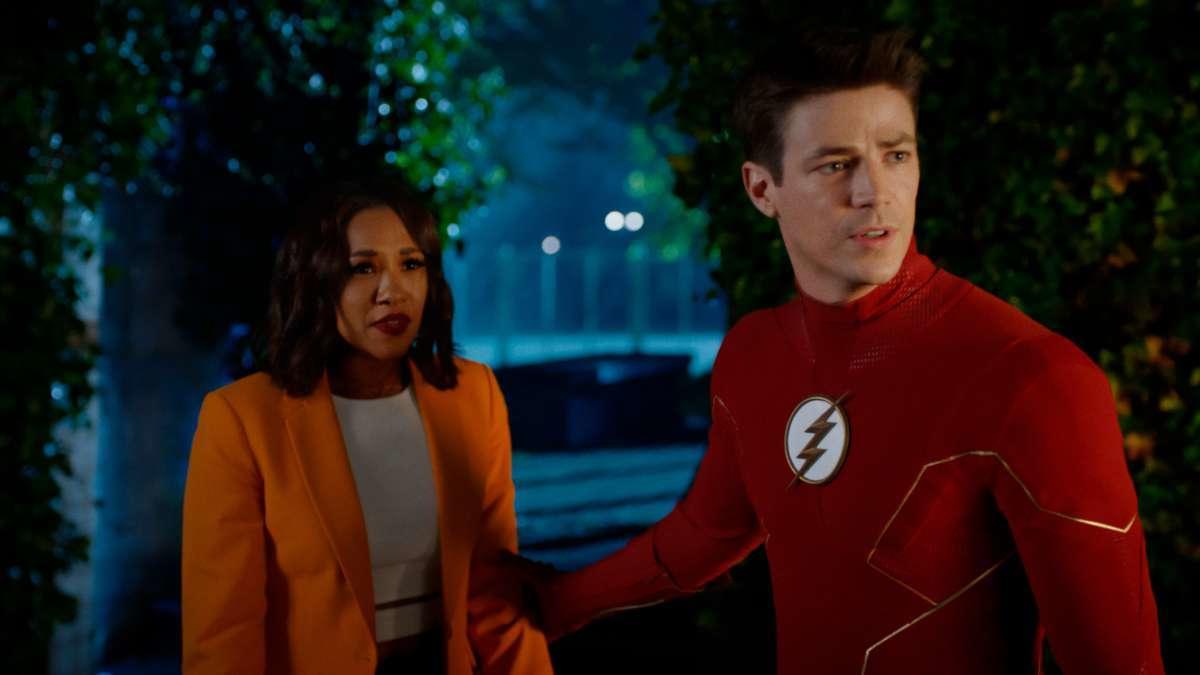 After The CW dropped the official trailer of The Flash Season 8, the latest images are out. And they tease the return of the infamous villain. However, it seems the new deadly threat will push The Flash and his team to their limits, and probably the familiar villain could turn out as a big ally for them. Will he? Only time will tell! But the exclusive five episodes’ season will bring the biggest crossover events when some famous supes return to stop the cataclysm. But can they do that? Let’s see!

Based on DC Comics’ character, The Flash revolves around Barry Allen, a crime-scene investigator who accidentally gained superspeed power. Over the seasons, he has dealt with several supervillains. However, the seventh season shattered him when his wife, Iris West-Allen, was abducted and trapped in the mirror world. That later led to the rise of the most deadly threat ever in the DC universe.

New Images Hints At The Return Of A Familiar Character

Recently, the series dropped some latest images of the second episode of the next season. It focuses on the arrival of Despero (Tony Curran), who seems to have a one-on-one talk with Barry. Although from Despero’s expression, it doesn’t seem like he returned to drive Barry insane, yet we shouldn’t forget that he’s one of the foes of Barry. However, their fateful meeting might be a trap for Barry and his team to borrow some time for the looming threat to appear.

Meanwhile, the latest images also focus on the return of the meta-villain The Hotness (Max Adler). Max will reprise his role as Jaco Birch, who gained meta-power just like everyone gained. While season 8 sets the stage for Grant and Max’s reunion, both played a prominent role in Glee. But on-screen, Max’s return would create more trouble as we know The Hotness will join forces with the baddies. So now, let’s see how Barry and the team will tackle it.

The Flash Season 8: What Will Happen Next?

A few weeks ago, The CW dropped the official trailer of the eighth season, which opens up with Barry trying to deal with a situation caused by the Royal Flush Gang. Then, it apparently shifts to Despero, who is looking for Barry as he’s the main reason behind the apocalypse. But can Barry trust Despero’s words? At first, he disbelieved him, but later it seems he has to as the looming threat of Armageddon is coming closer.

Now with Despero trying to kill Barry to stop the apocalypse, Barry asks his superheroes’ pals to help in saving the world. But to prove Despero wrong, Barry doubles down his speedster to prove his innocence. Meanwhile, disastrous news from Iris will cause Barry to lose his mind, which is what Despero warned him. However, to balance his life, Barry seeks Black Lightning’s help. But the trailer hints at Barry’s defeat by Reverse-Flash and Damien Darhk, who are the main cause of Armageddon.

The Flash Season 8: Who Will Be In The Cast?

Undoubtedly, Grant Gustin will return as Barry Allen / The Flash and Reverse-Flash. In addition, Candice Patton as Iris West-Allen, Danielle Panabaker as Caitlin Snow and Frost, and Danielle Nicolet as Cecile Horton will also return. Along with them, Brandon McKnight as Chester P. Runk will return with Kayla Compton as Allegra Garcia and Jesse L. Martin as Joe West. Other recurring characters include Tony Curran as Despero, Carmen Moore as Kristen Kramer, Natalie Dreyfuss as Sue Dearbon.

As well as Jessica Parker Kennedy as Nora West-Allen will return with Jordan Fisher as Bart Allen / Impulse and John Wesley Shipp as Jay Garrick / Flash. Additionally, some of the famous supes will also return. These include Rick Cosnett as Eddie Thawne, Tom Cavanagh as Eobard Thawne / Reverse-Flash, and Jon Cor as Mark Blaine / Chillblaine. In addition, Javicia Leslie as Batwoman will join Brandon Routh as The Atom and Cress Williams as Black Lightning. Further, Chyler Leigh as Sentinel and Katherine McNamara as Green Arrow will join them too. Along with them, Osric Chau as Ryan Choi and Neal McDonough as Damien Darhk will return.

The biggest crossover of the year will return next week when The Flash and his other friends join the forces to defeat the impending threat. It will air on November 16, 2021, at 8/7c only on The CW. In contrast, the rest of the four episodes will drop weekly on Tuesday. So don’t miss it.