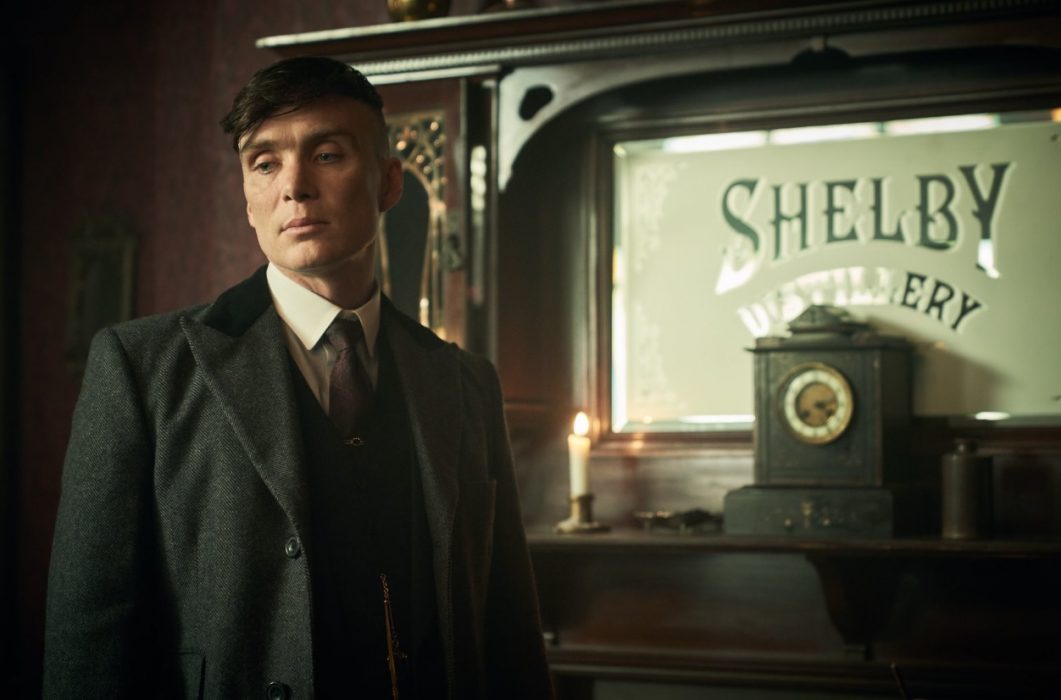 As per our reports, Netflix’s gangster drama is close to wrapping up the post-production for Peaky Blinders Season 6. However, while the passionate fans wait a little longer, it has been rumored that Rowan Atkinson might revive an infamous tyrant from Germany’s history for the second world war. The upcoming season will be one of the most crucial installments for the famous series, as Anthony Byrne teased the impending doom for Tommy and the Shelby family.

The show’s creator and filmmaker have dropped several clues for season 6 since the production wrapped up in May 2021. Also, Tommy had been betrayed by one of his own in the last season. Thus, we will see Tommy hunting down the individual and get a taste of vengeance in the season finale. Unfortunately, the quest for revenge might end up taking Tommy’s life in Peaky Blinders Season 6. So will he survive in the end, and who will Rowan Atkinson portray? Keep reading to know all the crucial details.

Rowan Atkinson To Star In The Final Season?

The famous Rowan Atkinson is rumored to play the notorious German Tyrant Adolf Hitler in Peaky Blinders Season 6. We all know Rowan for his humorous roles as the favorite Mr. Bean and from Johnny English. He has inspired several generations with his inspiring parts, entertaining us with his superb yet straightforward acting. It will be thrilling to see if Atkinson takes up the role of Hitler in the final season as the storyline of Season 6 does coincide with the beginning of World War 2.

Thus, fans can expect to see a cameo from Atkinson portraying Hitler in season 6. However, the reports about Atkinson have not been confirmed by the show’s producers. But just thinking about Cillian Murphy and Rowan Atkinson starring in the same show is a spine-chilling experience in itself. We might have to wait a little longer to find out if the rumor is true or not.

Tommy has been through a rough time in the previous season. His plan to take down his biggest rival, Oswald Mosley failed miserably. Moreover, the incident led to the death of Aunt Polly’s partner, Aberama Gold. Someone from his own family had betrayed him, leading to a huge failure in the last season’s finale. The incident led Tommy to consider taking his own life as he was seen putting a gun on his head in the middle of nowhere.

However, it looks like Tommy has decided to take revenge instead of giving up. He will hunt down the family mole and provide a fateful ending to that person in Peaky Blinders Season 6. But, as per Daily Mail, Tommy will be seen tripping and vomiting in front of the Bolton magistrate’s Court.

It seems that Tommy’s health has taken a lot of toll after the exit of Aunt Polly. She was staged to leave the town after Aberama’s death. Thus, Tommy will be left alone to make all the crucial decisions about the family’s future. But his deteriorating health and an upcoming attack could lead to the death of Tommy Shelby in the final season.

Peaky Blinders Season 6: Will It Be The End Of The Shelby Franchise?

The sixth season has been confirmed to be the final installment of Netflix’s series. But, luckily, it will not be the last time we will be watching the Shelbys on screen. Creator Steven Knight has confirmed an upcoming feature film set in Birmingham. The film will tie all the loose ends left behind in this unbelievable story. However, Cillian may not be a part of the film. Thus, we can expect a fateful end for Tommy Shelby in Peaky Blinders Season 6.

Filmmaker Anthony Byrne recently took to Instagram to share the closing stages of post-production for season 6. The editors have finished cutting the final episode of the upcoming season. Thus, the show is expected to come out in a couple of months. Peaky Blinders Season 6 is set to premiere in February 2022. However, Netflix is yet to announce the official premiere date. So don’t miss the updates on the premiere of the final season of Peaky Blinders on Netflix.