The Walking Dead: World Beyond Season 2 Episode 7: Jadis Returns To The CRM, Dr. Bennet And The Group Have Trust Issues! 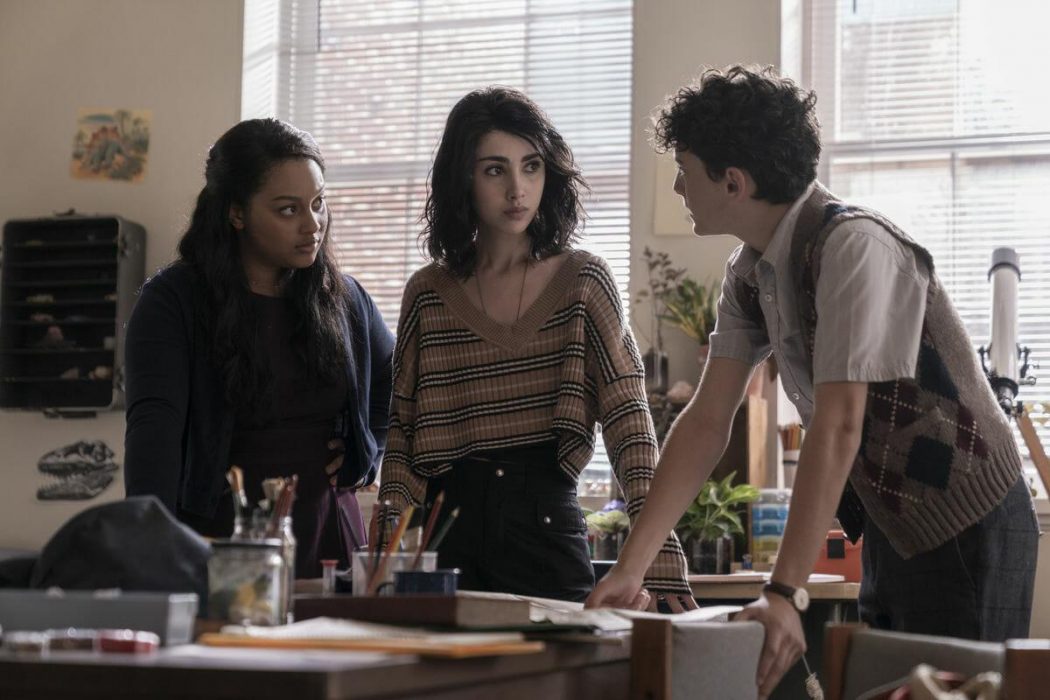 It seems that things are going south for the members at the Perimeterwith the CRM coming closer in The Walking Dead: World Beyond Season 2 Episode 7. The secret about Lyla has left the group having severe trust issues at the CRM. Dr. Bennet was in disdain about finding out Lyla’s involvement with the CRM.

And the remaining member at the Perimeter will get the bad news about Dev’s death when Will returns after escaping from the soldiers. The previous episode also witnessed the return of Jadis at the CRM. So, keep reading ahead to know what the group will do in the next episode.

The Walking Dead: World Beyond Episode 7 Precap: What Will Happen?

The group will search for some crucial answers in the seventh episode titled “Blood and Lies.” Some will look to find peace in companionship, while others will have some serious trust issues in the next episode. Meanwhile, Elton will disclose his big secret while Indira will deal with a burn exposure.

She will undergo renal different, but the deadly burns could lead to her death in The Walking Dead: World Beyond Season 2 Episode 7. In addition, Will and Dev were almost captured and imprisoned by the CRM patrol group. Thus, some crucial changes will be put into action as the season approaches towards a series conclusion. Furthermore, Dev was shot and killed in an attempt to escape the facility in the last episode leading to a huge twist in the series. And with Jadis returning, the CRM is bound to get brutal in the upcoming episode.

The previous episode of The Walking Dead: World Beyond Season 2 was titled “Who Are You.” Jeniffer showed Dr. Bennet stolen evidence, which revealed that the CRM was working on some kind of biohazard project. The group decided to postpone their escape to stay and get more details about the CRM’s plans. Iris and Hope tried to send a message through a CRM vehicle to Elton at the Perimeter. However, the group was unaware that Silas was captured before he could leave the facility.

Meanwhile, Lyla visited Dr. Bell, who was trying hard to figure out the stolen paperwork’s mysteries. At that moment, he realized that Lyla had something to do with the plan as he remembered Lyla dropping out the paperwork with the same initials on them before. Meanwhile, Iris’s message reached the Perimeter. But, Elton shared his concerns about destroying CRM’s headquarters with Will. He revealed that the CRM provided Indira with the kidney medicines she desperately needed to stay alive.

However, Will grew impatient about waiting for Felix and decided to attack the CRM in the dark. Unfortunately, the attack went south, resulting in Dev getting shot by the soldiers. Will managed to escape the CRM as he headed back to the Perimeter. At the same time, Asha and Elton prayed for Will and Dev’s safe return, unaware of the truth in The Walking Dead: World Beyond Season 2 Episode 6.

Where To Watch The Next Episode of TWDWB Online?

If you miss the broadcast on AMC, you can also stream the latest episodes on Fubo TV, YouTube TV, Philo TV, Amazon Prime Video, and DirecTV. So don’t miss it and keep returning for more exciting episode previews.