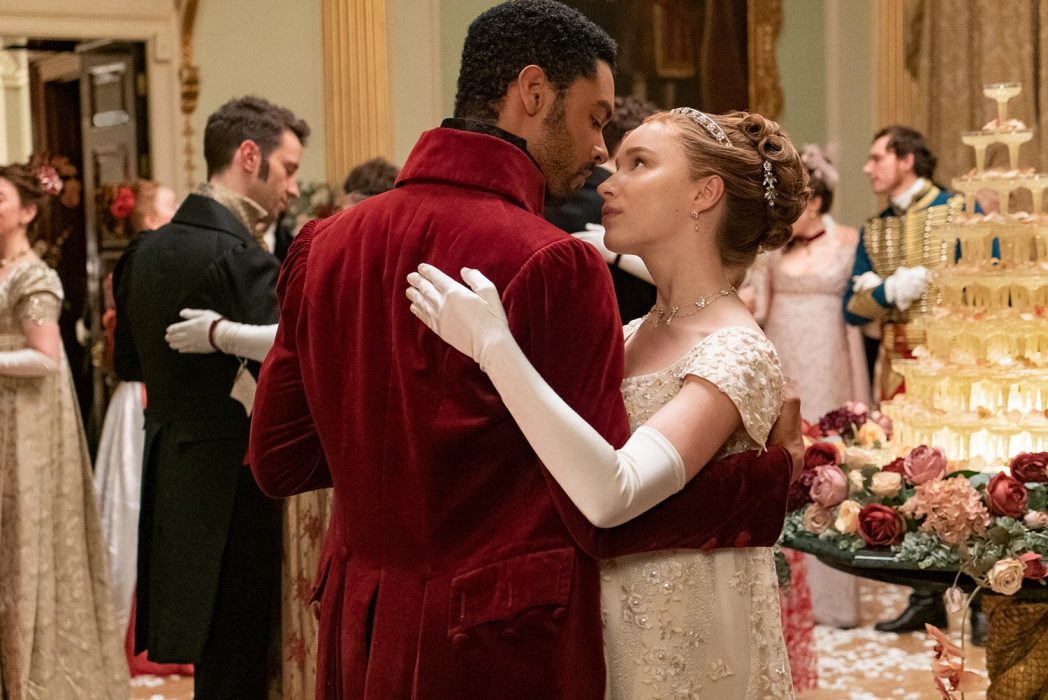 Fans of royal drama have been waiting eagerly for some news or updates about Bridgerton Season 2. Netflix’s romantic drama series first premiered on the platform on Christmas last year and became one of the most popular shows on the streaming service. The show is a royal romantic drama, which revolves around three noble families in Regency-era London. These families are the Bridgertons, the Featheringtons, and the Bassets.

The show created by Chris Van Dusen for Netflix is based on a novel of the same name by Julia Quinn. The many faithful fans of the book series by Quinn have waited years for a live-action adaptation of her works. As a result, the show took Netflix by storm with a massive 82 million views in just the first month.

Bridgerton became one of the most-watched shows of all time on the streaming service. The critical community equally well received the show for its captivating storyline, brilliant portrayal of family drama. In addition, it gathered 12 Emmy noms for its masterful storytelling. With the buzz already high for Birdgerton Season 2, show star Nicola Coughlan has spilled some tea about the upcoming season.

What Did Coughlan Say About Bridgerton Season 2?

The production for the first episode of Bridgerton Season 2 has finished. And recently, the show’s cast came together for a special premiere of the said episode. Previously, during the ending of the first season, Nicola’s character on the show named Penelope Featherington was confirmed to be ‘Lady Whistledown.’ Nicola Coughlan has received praises and acclaim for her excellent portrayal of Penelope on Bridgerton. She even garnered an Irish Film and Television Awards nomination for actress in a supporting role.

Nicola Coughlan recently shared a photograph with other members of the series cast on her Instagram handle, with the caption saying, “Came to London to see these rascals and to see Bridgerton Season Two Episode One and spoiler-it’s f**king brilliant”

Nicola further stated that the first episode is if “Fu##king Brilliant”! Yes, these are her exact words. Although we don’t know how many viewers will agree with Coughlan once the episode airs. But we do know that her comments have indeed skyrocketed the already hightened hype for Bridgerton Season 2.

When Will Briderton Season 2 Premiere?

All the eight episodes of Bridgerton season 1 premiered on Netflix on December 25, 2020. Netflix announced the renewal of the series for the second installment in 2021. And the production of the series started in the spring of this year. But unfortunately, the filming had to be stopped when a couple of crew members got infected by Covid19.

However, the creators resumed production in August 2021. In the same month Chris Van Dusen, the show creator, confirmed that the first two episodes had finished filming and were post-production. There is no official release date for the Bridgerton Season 2 but based on everything we know. It’s safe to assume that the show might return sometime in early 2022.