Home Entertainment After Life Season 3: Ricky Gervais Teases A Special Appearance In BTS Video! Will This Be His Last One As Tony Johnson?
Entertainment News TV Shows Uncategorized

After Life Season 3: Ricky Gervais Teases A Special Appearance In BTS Video! Will This Be His Last One As Tony Johnson? 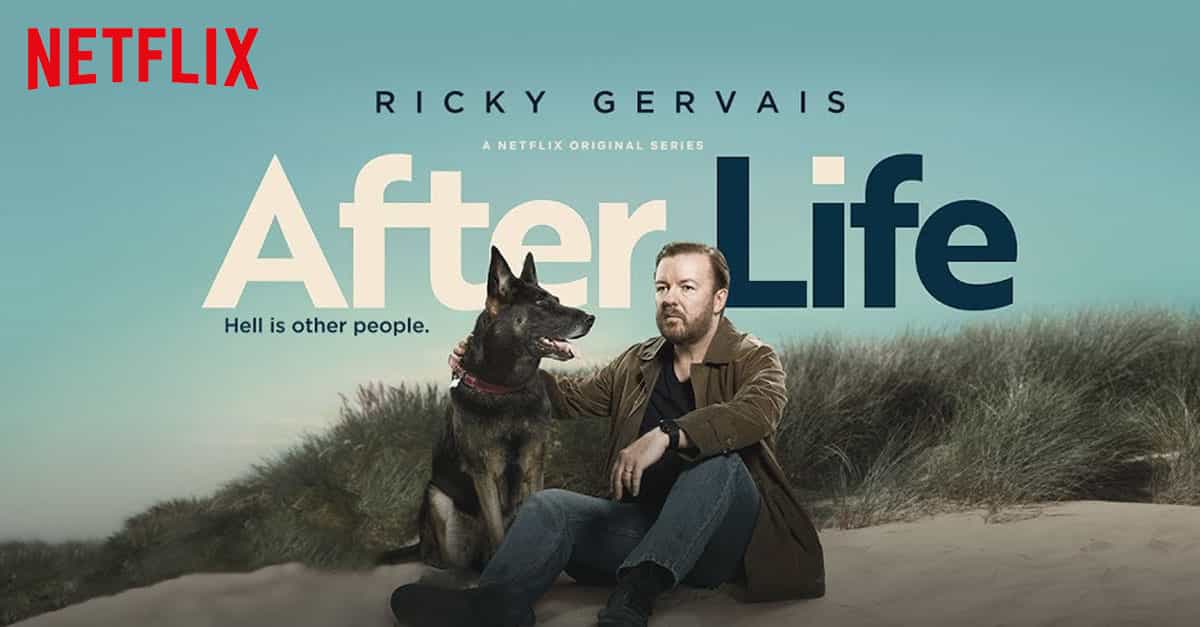 The fans have been eagerly waiting for the British black comedy-drama to return for After Life Season 3. Recently, the show’s lead actor Ricky Gervais has revealed a BTS video teasing the return of two humorous characters for the third installment. Earlier this month, he posted a short teaser video, which depicted the joyful moments he will be spending with his pet buddy in the next season.

“After Life” has also been written, created, produced, and directed by Ricky Gervais. The series is set in Tambury, a fictional town. It focuses on Tony, who works as a journalist for a local newspaper, the Tambury Gazette. He receives a massive setback in life when his loving wife dies from breast cancer. He is taken aback by the pain and considers killing himself.

However, Tony decides to have a long life and punish the world for his wife’s death by doing and saying what he pleases. He feels it to be his superpower. But, his whole existence is questioned when his friends try to transform him into a better person. The second season premiered on Netflix in May 2020. And fans have been waiting for After Life Season 3 to return soon. So, keep reading ahead to know all the recent developments about After Life Season 3.

Recently, Ricky posted a BTS footage from the second season revealing that the witty duo of Ratty & The Nonce will feature in After Life Season 3. The video was posted on his official Twitter account from the time when Ricky and his friend ran into the psychiatrist. He introduced them to the duo, who steal the show with their extremely comical scene. We are not sure if it will be a cameo or a more prominent role for Ratty & The Nonce this time. However, it will be fun to see the two appear next season.

Earlier in November, Ricky also posted the first teaser footage for season 3. Gervais’ character Tony was seen spending the time of his life with his dog with The Queen’s “You’re My Best Friend” playing in the background. The caption from his Tweet reads, “After Life Season 3 is coming soon. It’s the best one yet and I promise the dog does not die.” Thus, according to Ricky, the upcoming season will be the best installment of the series.

Will This Be Te Final Season for Ricky?

Ricky Gervais is set to make a third season of any show he had worked on for the first time. As per him, the audience expresses that they want another season, but they are unsure. So you have to be careful. Thus, it could be the last season of the series created by Ricky.

However, there is a lot to be dealt with in the third installment. Fans are curious to find out if Tony’s romantic fling with nurse Emma leads to a happy ending or not. Also, Tony’s unresolved issues with his father’s death and his belief of never being happy will be focused on in After Life Season 3.

Netflix announced the third season of the show in May 2020, two weeks after the premiere of the second season. The production for the third season kicked off in April 2021. Netflix US & Ireland’s official Twitter account posted a picture of Ricky to share the news. The filming for After Life Season 3 wrapped up in June 2021. Ricky then posted a photo, sharing the news that the filming ended in 35 days. Thus, with the production finished, we can expect the show to return very soon.

In May, Netflix shared behind-the-scene images of the stars during the filming of the third season. The photos confirmed that Ricky Gervais as Tony, Penelope Wilton as Anne, Joe Wilkinson as Pat, Tony Way as Lenny, and Jo Hartley as June would return for After Life Season 3. In addition, Tony’s buddy dog Anti will also feature. Moreover, Ashley Jensen, Tom Basden, David Earl, Mandeep Dhillon, Roisin Conaty, Diane Morgan, and Ethan Lawrence are also expected to join the cast.

The third season filming had wrapped back in June. Thus, Netflix can release After Life Season 3 in December 2021 or early 2022. However, the streaming giant is yet to reveal the official release date. So stay tuned for more thrilling updates.