NCIS Season 19 Episode 8: Navy Reservist Gets Shot Outside A Gun Range In “Peacekeeper”! Know What’s Next 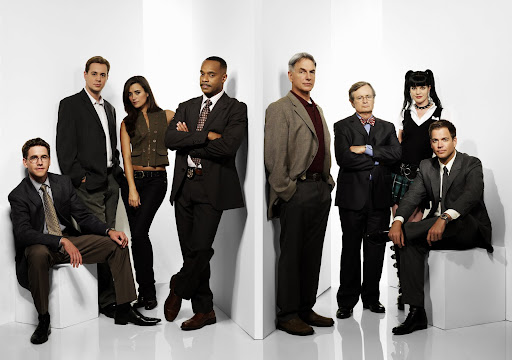 It looks like the Squad will be investigating the murder of a Navy reservist in NCIS Season 19 Episode 8. The man is found dead in his car with bullet holes all over. Thus, the team will look to find the murderer while Kasie talks about the pros and cons of having a gun in the next episode. Therefore, continue reading to discover all the updates about the eighth episode.

NCIS Season 19 Episode 8 Preview: What Will Happen Next?

The eighth episode of NCIS Season 19 is titled “Peacekeeper.” In the upcoming episode, the team will be investigating the death of a Navy reservist who is found beaten up in his car at the end of a gun range. Meanwhile, Kasie will debate the pros and cons of owning a gun in NCIS Season 19 Episode 8. The man’s whole car and body are filled with bullet holes. The team will have to take a different approach to solve the mystery following the murder of a Navy professional.

In the previous episode of NCIS Season 19, the team investigated the murder of Navy Commander Roger Burrows at the Zenith Cruise. McGee’s mother-in-law Judy was also present at the cruise. The victim was left floating in the hot sauna with two puncture marks around his neck.

Meanwhile, the team ordered a total ship lock down and used a virtual app to communicate among themselves. It turned out that Roger was investigating the death of an old family friend’s daughter named Allison Howell. She used to work as a waitress at the Zenith.

Meanwhile, when Judy returned home, she almost got caught in an explosion that destroyed her house. Her fingerprints were also found on a wine glass in Roger’s room. It turned out Allison witnessed illegal waste disposal from the ship. She complained about it to the ship’s Captain Frank. In return, the Captain killed Allison to get money for the disposal.

Meanwhile, Kasie discovered that the ship was dumping toxic chemical waste and Zenith’s CEO got the ship released in three hours. Judy spotting the barrel of her favorite ale on the footage leads to solving the case. They caught the person named Grainger, who disposed of the waste. Grainger also revealed the Captain’s involvement. Burrows found out about Allison getting strangled by them, so he was killed too. At the end of NCIS Season 19 Episode 7, Judy went on an African safari with Harold and promised McGee to send her an itinerary.

CBS will air the eighth episode of NCIS Season 19 on November 29, 2021, at 9:00 p.m. ET. The current season is returning after a break of almost three weeks. Therefore, don’t miss it.

If you miss CBS’s broadcast, the upcoming episode is also available on Paramount+, Hulu+Live, Spectrum, Fubo TV, YouTube TV, and Vudu. So, don’t forget to watch the eighth episode of season 19