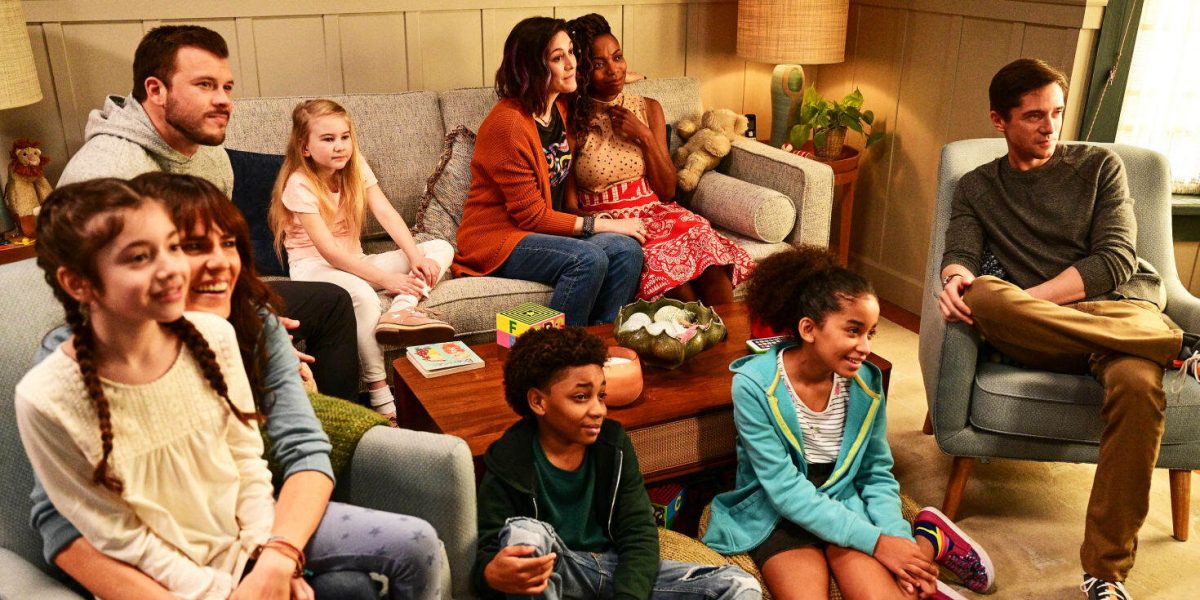 It looks like Tom will receive his first advance for the Salazar book in Home Economics Season 2 Episode 9. He will have to decide how to use this money in the best way. Meanwhile, Sarah’s parents will send her a huge gift on her first day at school. Hence, continue reading to learn all the updates about the ninth episode.

Home Economics Season 2 Episode 9 Precap: What Will Happen Next?

The ninth episode of Economics Season 2 is titled “Secret Santa Gift, $25 Limit.” With Christmas approaching, Tom will receive his first advance from the Sofia Salazar book. Thus, he and Marina will wonder what to do with all that money. Meanwhile, Sarah will receive an overwhelming gift from her parents at her new school in Home Economics Season 2 Episode 9.

Tom, Sarah, and Connor wanted to spend Thanksgiving in the conventional Hayworth fashion in the previous episode. However, it didn’t quite turn out as the two might have expected. So, the duo decided to go to Connor’s house for the celebrations. However, they were unaware that their mother Muriel was also visiting.

Meanwhile, in Home Economics Season 2 Episode 8, Connor planned a Caribbean-themed party, and Tom was not too happy about it. He argued that the decorations made Thanksgiving look like some tropical vacation. Soon after, Muriel came in and began to cry due to her present struggles in her acting career. She felt that nobody wanted her anymore in the industry.

Thus, Tom, Sarah, and Connor prepared a delicious meal to improve her mood. However, she felt more hurt after feeling that even her children do not need her anymore.

Further, Denise struggled to come to an arrangement with her social media influencer sister, Jojo. He felt that Jojo had always been treated specially by their parents. The two argued about it. After things settled down, Jojo revealed that she was jealous of everything that Dennis has, along with his wife, kids, and home.

So, Dennis decided to let his sister stay at his place until Christmas. Towards the end, Sarah, Tom, and Connor ended up starting a fire in the kitchen. Their mother was pleased to see it, and she gladly cleaned up after them in Home Economics Season 2 Episode 8.

The ninth episode of Home Economics Season 2 will air on December 1, 2021. The network airs each new episode weekly on Wednesdays at 9:30 p.m. ET, with 20-21 minutes of estimated runtime.

If you miss the upcoming ep isode on ABC, it can also be streamed on the network’s website and the ABC app. In addition, season 2 is also available on Hulu, DirecTV, Fubo TV, YouTube TV, Spectrum, and Vudu. Hence, don’t skip the ninth episode and keep coming back for more informative episode previews about your favorite TV shows.