It’s Always Sunny In Philadelphia Season 15 Episode 1: The Gang Reunites At Paddy’s Pub In “2020: A Year In Review”! 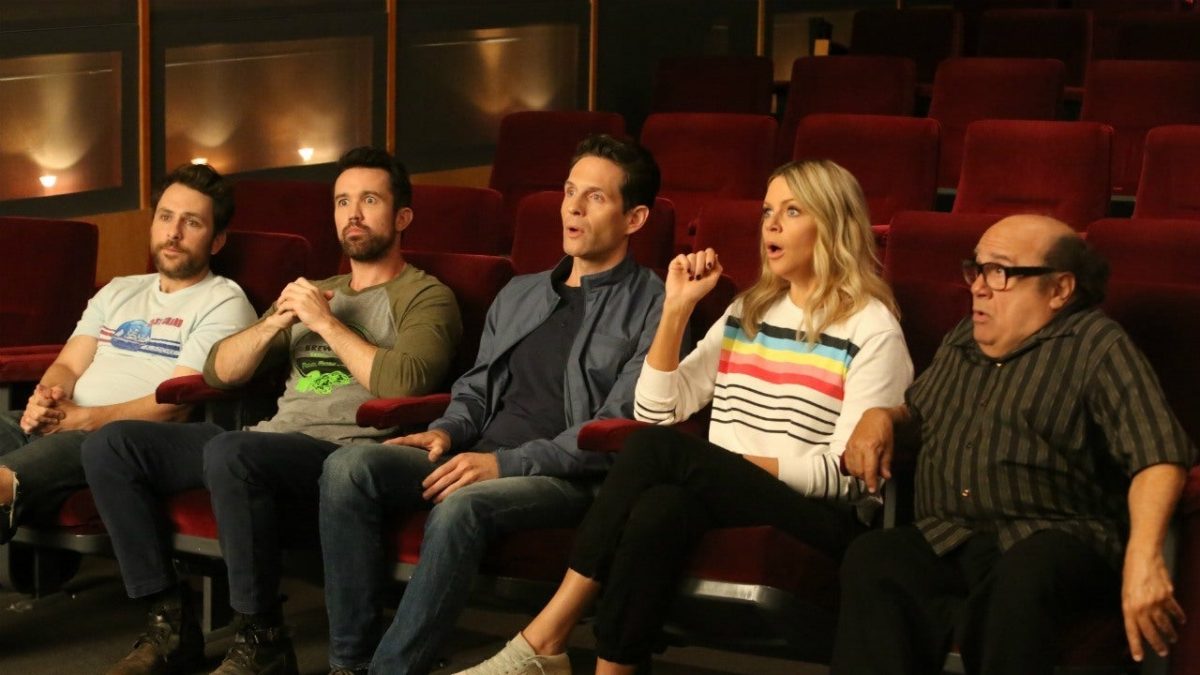 FXX is all set to release It’s Always Sunny In Philadelphia Season 15 Episode 1. In the premiere episode, the squad will reunite once again as they look back at everything that has happened in the past year. Thus, it will be thrilling to watch the gang justifying the unthinkable contributions they have made in the horrific turn of events. Hence, continue reading to know all the updates about the premiere episode.

The premiere episode of It’s Always Sunny In Philadelphia Season 15 is titled “2020: A Year in Review.” In the first episode, the gang will reunite after almost spending a whole year without each other due to COVID 19. They will adjust to the new circumstances while introspecting everything that has happened in the past year. The gang will peep in the past and advocate their contributions to the horrific events of the political year. But, unfortunately, the unimaginable things have forced them to take multiple PPE loans.

As per a social media post, it was confirmed that the upcoming episode would be set at Paddy’s pub. In addition, Rob will be wearing a tactical vest.

The final episode of the previous season was titled “Waiting for Big Mo.” Dennis and his squad had been the legends of the Laser tag, and they were proud of it. However, their supremacy was challenged by young Big Mo and his buddies in a battle to win the Dolla Dolla Bill. And for Dennis, winning is everything. So he put all his moves into action to make it happen. From manipulating his men to playing unfairly by hiding Mac and Dee in the air duck. Meanwhile, the big question that revolved around Dennis’ head is why they play the game and what it means to them. He also used useless Frank to its best effect by turning his pack off and distracting the kids with laser sounds.

Further, in It’s Sunny In Philadelphia Season 14 finale, Frank turned dads against each other by suggesting that one dad was a pedophile to another’s kid. Dennis also used coercion to paint Big Mo’s entity as a symbol that is needed to be taken down. Meanwhile, Dee smashed one of the kid’s glasses in an attempt to win at any cost. After a while, Dennis found out that the owner of Lazer Tag Fun Zone, Takashi, killed himself in a wishing well. Also, he wrote a suicide note on Dolla Dolla Bill.

For a moment, Dennis realized that Takashi’s whole empire didn’t mean anything. So he left the base with his friends and declared that they are not having fun anymore and Bi Mo can have his victory. However, just as Big Mo reached the abandoned base, the team ganged up on the kid, claiming the victory.

The premiere episode of It’s Always Sunny In Philadelphia Season 15 will air on December 1, 2021. FXX will air eight episodes of season 15 weekly on Wednesdays at 10:00 p.m. ET. Every episode of the shoe has a runtime of around 30 minutes.

If you miss FXX’s broadcast, the latest episode can be streamed on the network’s official website and Hulu. In addition, season 15 will also be available on Fubo TV, Sling TV, DirecTV, Xfinity, Spectrum, and YouTube TV. So don’t miss out on a riveting episode of season 15 and return for more intriguing episode previews.