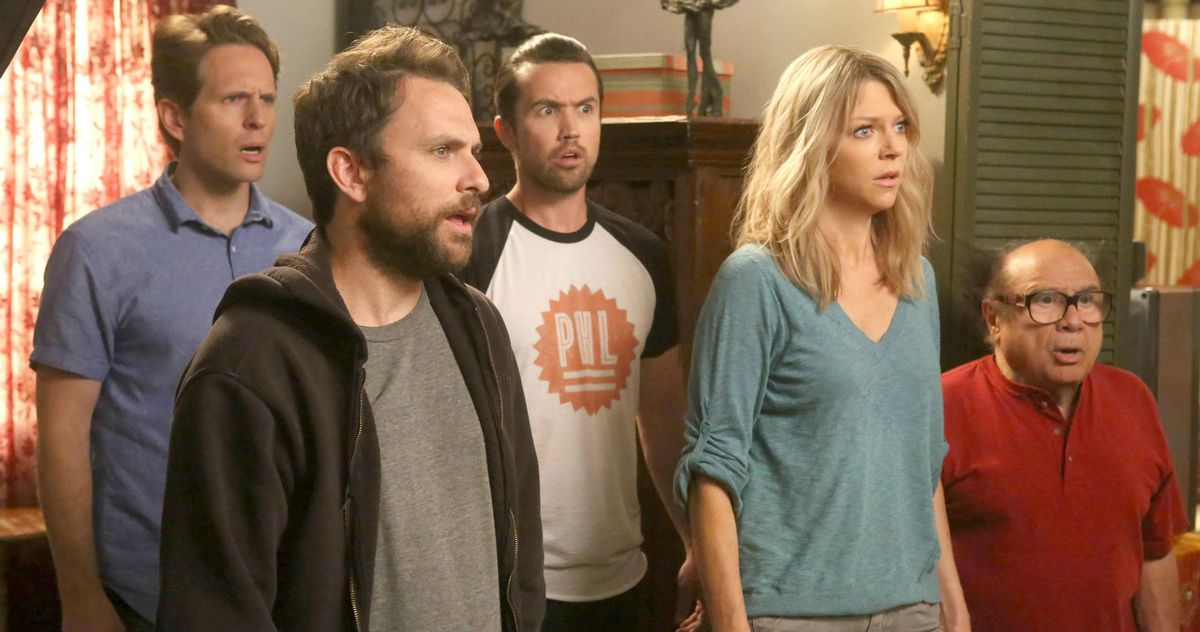 FXX’s one of the most prominent sitcoms has recently concluded its fifteenth season. Yes, we are talking about It’s Always Sunny In Philadelphia. The Gang took a trip to Ireland and had some great adventures while dealing with some peculiar situations in the last season. But what will happen next? Luckily for the fans, it has been confirmed that the show will be returning for It’s Always Sunny In Philadelphia Season 16.

Created by Rob McElhenney, the show debuted on FX in August 2005. After eight long seasons, the sitcom was moved to FXX and has been there ever since. The comedy show follows “The Gang” of five narcissistic underachievers who run an unsuccessful Paddy’s Pub in South Philadelphia. The Gang comprises Dennis and Deandra”Dee” Reynolds, who are twins. They have friends named Charlie Kelly and Ronald “Mac” McDonald. The fifth member of their group is Frank, their legal father.

The previous season focused on the Gang reminiscing the moments of the pandemic. Moreover, they always looked back at how they came to own the Paddy’s Pub. After that, they took a trip to Ireland with Dee, who received an acting gig at the Irish Opera. And the after events of that has made the fifteenth season of the show. But what will happen next season, and when does it return? Keep reading ahead to find out!

Lately, the network ordered three more seasons of the sitcom in 2020. Thus, It’s Always Sunny In Philadelphia Season 16 was confirmed on December 10, 2020. Fans would also be thrilled to know that the show is not going anywhere till season 18. And, given the show’s popularity, there could be far more seasons of the series coming ahead in the future.

The development of the scripts is premised to be concluded. However, the production and post-production might take a while to finish. The filming for the previous season began in May 2021 and wrapped up in October. Thus, fans can expect a similar production schedule for the next installment as well.

was titled “The gang Carries A Corpse Up a Mountain.” Mac, Dennis, Dee, and Frank met Charlie for a hiking trip. However, it turned out that Charlie’s newfound father, Shelley, had passed away. So Charlie asked the group to help him fulfill an Irish custom for the dead.

They took Shelley’s body up the hill. But, eventually, everyone bailed out one by one. Only Charlie was left to carry the corpse while the Gang took a breather at the bar. In the end, the Gang arrived on a Ford pickup and helped Charlie deal with his father’s corpse. With the hiking trip, they ended their adventures in Ireland and returned to America.

Now, the upcoming season will find the Gang dealing with a whole new set of comedy, drama, and crisis. The plotline will take the Gang on different adventures, which would lead them to some more tricky situations in It’s Always Sunny In Philadelphia Season 16.

The lead cast returning for It’s Always Sunny In Philadelphia Season 16 will be Charlie Day as Charlie Kelly, Glenn Howerton as Dennis Reynolds, and Rob McWlhenney as Ronald McDonald. In addition, Kaitlin Olson as Deandra Reynolds and Danny DeVito as Frank Reynold will also return for the next season.

Fortunately, season 16 has already been renewed. However, the production is yet to start. And it is expected to begin in May/June 2022. Thus, fans can expect FXX to release It’s Always Sunny In Philadelphia Season 16 in November/December 2022. So, stay tuned for more informative news updates about your favorite TV shows.