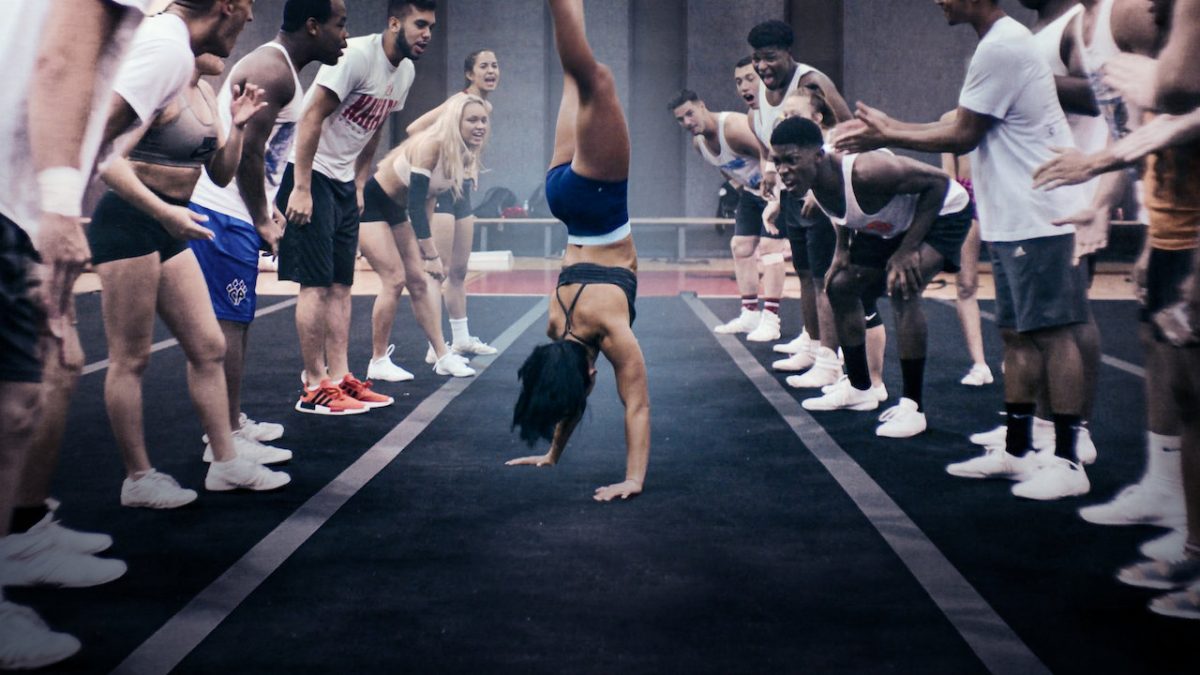 The first season of Netflix’s docudrama series Cheer was filled with jumps, flips, pompoms, and heartbreaks. The first season of the series premiered on Netflix in January 2020. Fans well received the first season and are still waiting for the second season. However, the good for the fans is that Cheer Season 2 is very close. Not just that, Netflix has already shared a trailer for the upcoming season.

The sports docuseries takes place in Corsicana, Texas. Cheer is a reality documentary drama series that follows the young and ambitious cheerleading group from Navarro College. The group deals with the ups and downs as their college competes to win the prestigious National Championship. The first season of the series was divided into six episodes and was absolutely fun to watch.

The reality docuseries is created by Emmy nominated Greg Whiteley, who also serves as the executive producer for the series. With the debut of the show, it took the streaming platform by storm, gathering all the critical acclaim and fans’ admiration altogether. The show has become one of the most viewed reality docuseries on Netflix.

Netflix dropped the official trailer for Cheer Season 2 on December 28 on YouTube. And the trailer gives us some glimpses into what will happen in the upcoming season of the docudrama series.

The trailer features the running probe into Harris’ harassment cast, and the 15-year sentence he will face if proven guilty. Head Coach Monica Aldama even called that it is the hardest season she has ever seen. Cheer Season 2 will drop on Netflix on January 12, 2022.

Cheer Season 2: What To Expect?

The first season of Cheer concentrated on the Bulldogs. Now, the following season would introduce us to the cheerleading team of Trinity Valley Community College in Athens, Texas. They are the arch-nemesis of Navarro college. With a lovable coach and teammates with compelling backstories, the cheerleading gang of Trinity Valley is likely to raise the bar. It might also bring some serious competition for Novaro.

Unfortunately, the first season wrapped up a few months ahead of the NCA National Championships. The championship was likely to happen in early April 2020. However, due to an unforeseen pandemic, it had to be postponed. This left both the players and the cheerleaders heartbroken.

Now, Cheer Season 2 will see the cast members adapting to their newly found fame (Thanks to the immense popularity of the first season). However, the series’ apparently linear storyline will change as the NCA National Championships are postponed. And now, the team has to decide their next move.

In addition, the sexual harassment allegations against Mitchell Ryan and Robert Joseph might also come into play. This will make things even more problematic for the cheerleaders’ relationships as well as the team’s lineup and structure.

Meanwhile, the official synopsis for the second season reads as “The stakes have never been higher” in Season 2. “As Navarro defends its championship crown against a slew of challenges, including their fiercest rivals at Trinity Valley Community College. Unexpected events threaten the camaraderie of the team and the season itself.” So, don’t miss out on the second run of Cheer, and stay tuned with us for more updates.

Also, read The Orville Season 3: Release Date Out Now! Will Kaylon Return To Take His Revenge? Know All Details