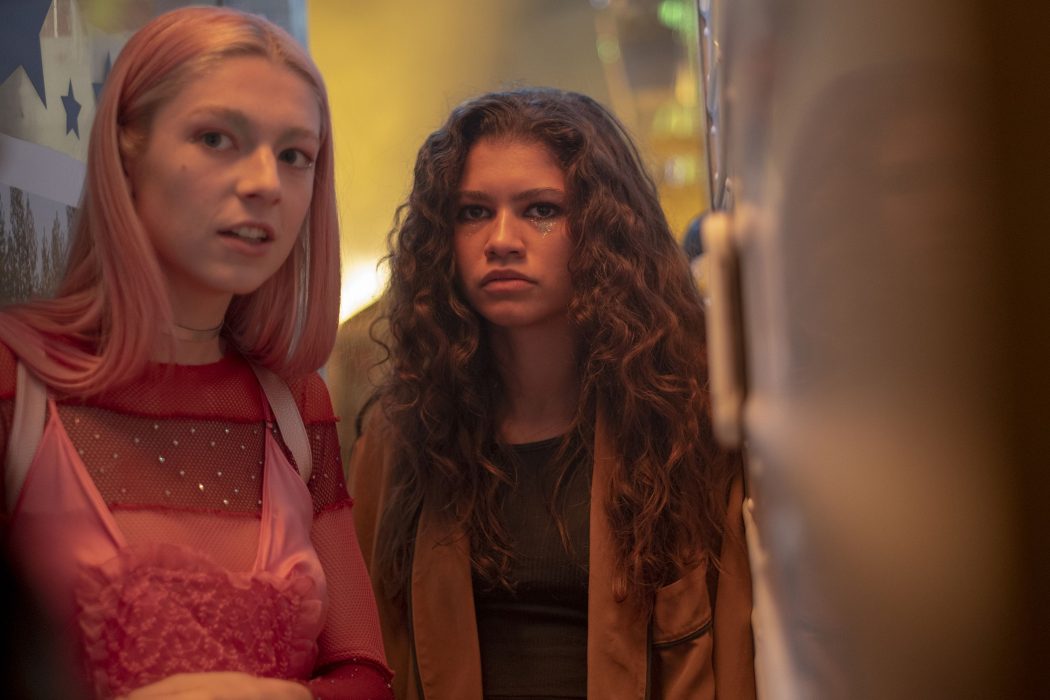 It seems like the show will depict the beginning of a new semester in Euphoria Season 2 Episode 2. However, Jules will have some issues with Rue’s growing friendship with Elliot. Even though the duo reconciled with each other in the previous episode. Meanwhile, Nate and Cal will find themselves in some tough situations in the upcoming episode. So, continue to read to know all the essential updates about the second episode.

Euphoria Season 2 Episode 2 Precap: What Will Happen Next?

The third episode of Euphoria Season 2 is titled “Out Of Touch.” A new semester will kick in as Jules begins to question Rue and Elliot’s friendship. She will feel a bit possessive after her return. Moreover, Nate will have to make a tough decision while Cal looks for some disturbing answers in Euphoria Season 2 Episode 2.

Further, it would be really tough to differentiate the reality when Kat thinks deeply about her relationship while Maddy decides to end hers in the upcoming episode.

The premiere episode began with a glimpse of Fez’s childhood. She had been taken in by her grandmother, who got him involved with the drug trade. Picking up from the last season’s finale, Ashtray killed Mouse with a hammer. An intoxicated Rue went with Fez and Ashtray to a quite intense drug deal before showing up at a huge house party.

Meanwhile, in Euphoria Season 2 Episode 1, Cassie was drunk and ran into Nate at the convenience store, who offered to give her a ride to the party. The two ended up having sex in the bathroom before Maddy almost walked in on them. Cassie was forced to hide in the bathtub.

Further, Ruth nearly had a heart attack after gulping a concoction of pills with a boy named Elliot. However, she revived by taking Adderall, which stabilized her heart rate. Jules and Rue reunited, and the latter told her that she relapsed the night Jules left her at the train station. The two eventually confessed their feelings and kissed intensely. Fez had a nice conversation with Lexi as the two shared phone numbers. He confronted Nate and beat him until others stopped him in Euphoria Season 2 Episode 1.

HBO will air Euphoria Season 2 Episode 2 on January 16, 2022. The network airs a new episode weekly on Sundays at 9:00 p.m. ET. And, each episode of the second season will have an estimated runtime of about 48-65 minutes.

If you miss the latest episode on HBO, you can stream it on HBO Max and Hulu. Moreover, season 2 is also available on DirecTV, YouTube TV, Apple TV, Xfinity Stream, Amazon Prime Video, and Google Play Movies and TV. So, don’t skip the upcoming episode and keep returning for more intriguing episode previews.