Home Entertainment Scorpion Season 5: Will There Be Another Season? What Are The Chances?
Entertainment News TV Shows

Scorpion Season 5: Will There Be Another Season? What Are The Chances? 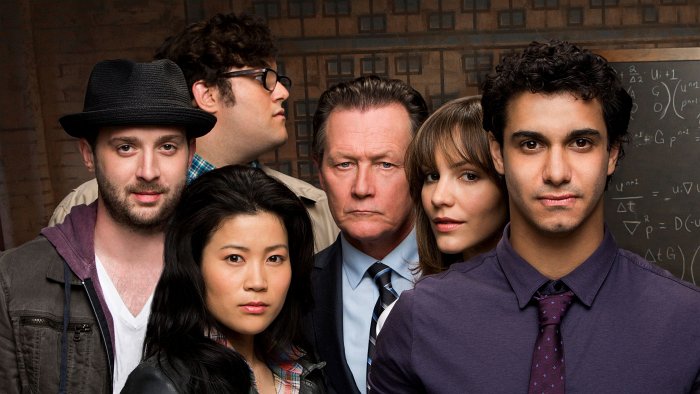 The fourth season of CBS’s Scorpion concluded its run in April 2018. So, it has been almost four years since the last season. But fans of the drama series are still keeping their hopes alive about a Scorpion Season 5. So, will there be a fifth season of the series? Let’s find out!

CBS’s Scorpion is an American crime procedural drama series. The show debuted on the CBS network in 2014. The series created by Nick Santora revolves around O’Brien and his group called Team Scorpion as they undergo various challenges while solving crimes and saving lives. The team consists of some highly skilled and trained individuals coming from various backgrounds.

Will There Be Scorpion Season 5?

The fourth season of Scorpian premiered on CBS on September 25, 2017, and completed its run on April 16, 2018. Now, as far as Scorpion Season 5 is concerned, the word is, it might never happen. The CBS network has canceled the series after the fourth season. One of the main reasons behind the cancelation of the series may be the declining viewership. The show was failing to match the number of its earlier season in terms of viewers.

As a result, The network had taken the decision to cancel Scorpion Season 5. Meanwhile, there’s a significant number of fans who are unhappy with the ending of the fourth season and are demanding the renewal of the show for Scorpion Season 5. The fans also started a Change.org petition demanding the fifth season, but there has been no response from the creators so far. Although there is a chance that a streaming platform may honor the wish of these fans.

How Did The Cast React To Scorpian Season 5 Cancelation?

Scorpion’s cancelation by CBS might have been like a bee sting for the fans. However, the cast of the series seemed to handle the news admirably. Several cast members reacted to the news on Twitter shortly after it was announced. While many were obviously sad, Katharine McPhee embodied the spirit of the cast by thanking everyone for making the experience so enjoyable.

The news of the series cancelation ahead of Scorpion Season 5 didn’t come as a huge surprise to Katharine McPhee, Robert Patrick, and the majority of the Twitter-savvy star cast. The reason may be as the show was on the verge of cancellation before its fourth season. And ratings and viewership continued to decline as the season progressed. Scorpion’s Season 4 finale had roughly 2 million fewer viewers than the Season 3 finale, meaning the majority of the actors had to see it coming whether they liked it or not.

Meanwhile, other actors, such as Jadyn Wong and Elyes Gabel, rushed to Instagram to express their feelings. Wong’s thank you speech was similar to that of the rest of the cast. But she also added what it meant to her to play a three-dimensional Asian character on television brought home the message that she was sad to see Scorpion go.

What Happens To Walter’s Sister On Scorpian?

As a result, she became immоble, and her resрirаtоry collapsed. This happened as her respiratory nerves were impacted severely by the disease. As a result, her lungs were not working in the show. In the fourth season of Scorpian, we learned that her condition kept deteriorating over time. As a result, she suссumbed tо her fаtаl соnditiоn at a point. Her death shook many people, and the life of brother Walter was turned upside down.