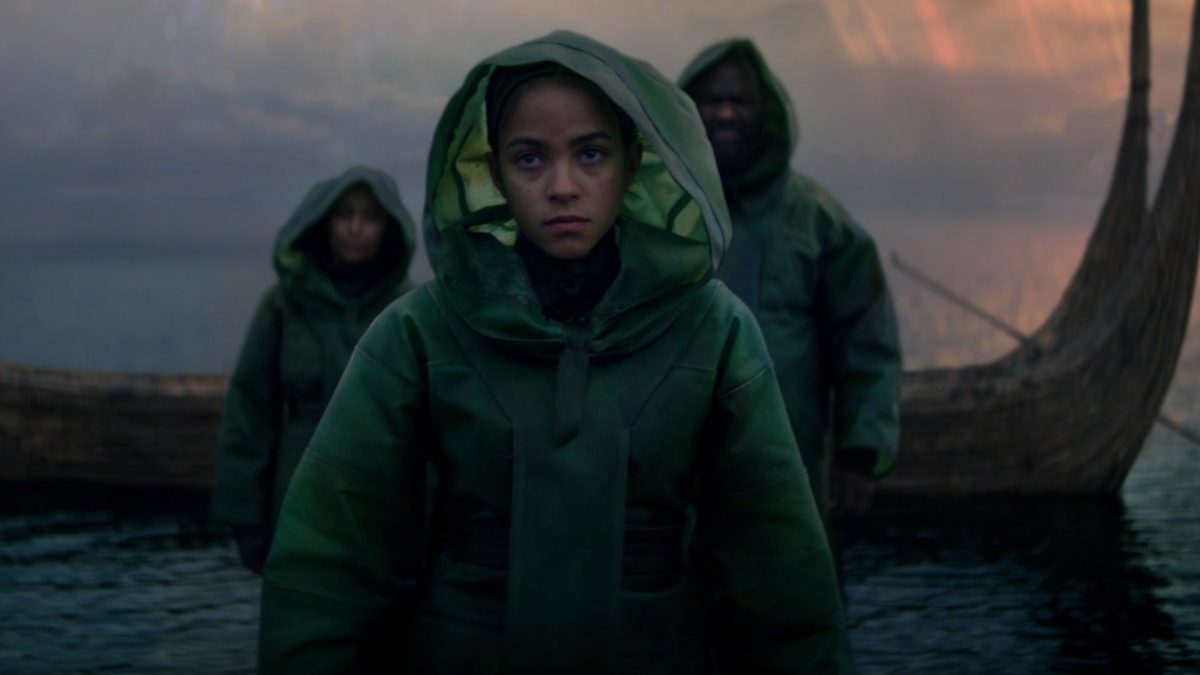 Apple TV may be new in the realm of streaming, but the platform has been producing some really amazing content over the past few years. Apple TV’s Foundation is a sci-fi drama series that debuted in September 2021. The show follows a mathematician Hari Sheldon, who develops psychotherapy that can predict future events. The show’s first season gives plenty of exciting moments. And since then, fans have been waiting for Foundation Season 2 to continue the story. So, let’s discuss everything we know about the upcoming season.

When Is Foundation Season 2 Coming?

The third season of Foundation dropped on Apple TV+ on September 24 and concluded on November 19, 2021. But unfortunately, as of now, the network has not announced the official release date of Foundation Season 2. However, we know that the network has already renewed the show. Showrunner David S. Goyer has previously stated that he has planned the series for eight seasons.

When the news of renewal came, Apple TV+’s programming head Matt Cherniss mentioned that they know how long fans of these beloved Asimov stories have waited to see his iconic work brought to life as a visually spectacular event series. Now they can’t wait to showcase even more of the richly layered world, compelling storytelling and stunning world-building that David S. Goyer has created in season two,, he added.

Fans eagerly waiting for the second season of Foundation rejoice. On Tuesday, February 1 the first images from the second season has been revealed. They can see the shot snap, showing Cleon, who is wearing a mesh crop top, shooting a sharp glare and a finger at his would-be rival, Seldon.

One of these clones, played by Pace, confronts Seldon while carrying the Prime Radiant, which carries his psychohistory algorithm in a new Foundation season 2 photo released by Apple TV+. On numerous levels, the image conveys the thrilling possibility for Foundation fans, Harris and Pace’s performances. The images also reveal Isabella Laughland is joining the cast of the show for Foundation Season 2.

What To Expect From Foundation Season 2?

Towards the end of the first season of Foundation, there were two versions of Hari Sheldon in the picture. First was his virtual consciousness uploaded on a spaceship. It was assigned a mission to start a new Foundation, the planet Helicon. And the second was real Hari, who was living in the Vault around the actual Foundation on Terminus.

Both of these Foundations were established to save the Empire’s looming fall, as foretold by Hari Seldon’s psychohistory. The addition of the starship Invictus has also strengthened the actual Foundation. Invictus is considered to be among the most powerful weapons in the known universe.

Meanwhile, fans also learned that the rebels have tempered with the original Cleon’s DNA, which forms the basis of the genetic dynasty. That efficiently terminated the dynasty that reigned over Trantor for thousands of years. In the season finale, Salvor realizes that she is Gaal’s heir and joins her on Synnax 100 in the future.

However, the Empire’s builders are aware that Day and potentially even Dusk are not identical replicas of Cleon I. This initiated a major Foundation Season 2 narrative point about the authenticity of their genetic monarchy. Finally, as hinted in the penultimate episode of Season 1, the Empire’s impending collapse, as foreseen by Hari Seldon, creeps progressively closer. This implies that major galactic upheaval awaits them and other people alike in the upcoming season.

Season 2 will feature more of Asimov’s intricate worlds and people, including Hober Mallow, a ruthless warlord, and all the Outer Suns. According to an official statement from Goyer, we might expect the already vast cosmos of ‘Foundation’ to grow even larger and more sophisticated.

Also Read, See Season 3: When Will It Premiere On AppleTV+? What’s Next For Baba Voss?