Firefly Lane Season 2: Releasing In 2022? What’s Next For Kate and Tully? 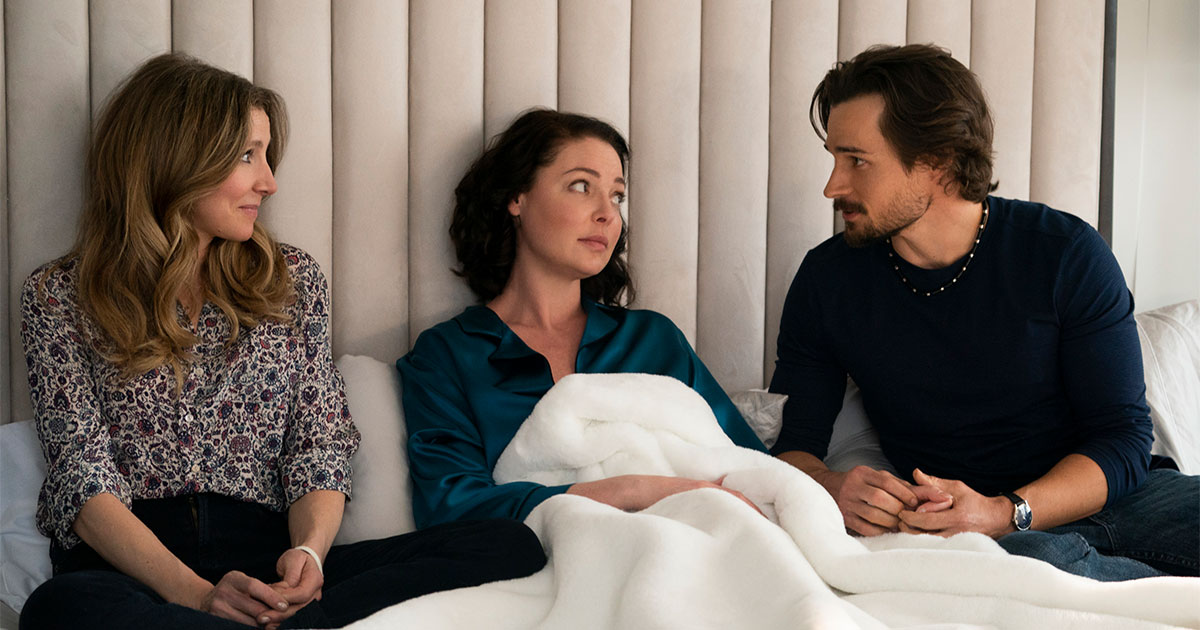 Due to the enormous amount of content present on Netflix, sometimes it’s hard for new releases to get studded in the crown. However, Firefly Lane surely managed to stand out. The first season of the drama series dropped on Netflix in February, and fans loved it. And as we are already in February 2022, fans are wondering where is Firefly Lane Season 2? Well, here is what we know about it.

Netflix’s Firefly Lane is women-centric drama series that debuted on the streaming service in 2021. The show is based on Kristin Hannah’s 2008 novel of the same name. The drama series revolves around Tully Hart and Kate Mularkey, who are best friends since their teenage years. The series chronicles the individual journies of the two friends as they try to navigate through various challenges in their thirties.

Created by Maggie Friedman, the series was subjected to some criticism from critics for being overly dramatic and stereotypical. However, the audience has found the light-hearted friendship tone of the drama series comforting. The on-screen portrayal of two best friends, Kate and Tully, is one of the major highlights of the show. Fans are waiting for Firefly Season 2.

When Is Firefly Season 2 Coming?

The first season of the drama series landed on Netflix on 3 February 2021. Now, as far as Firefly Lane Season 2 is concerned, we’ve got some great news! The streaming giant confirmed the renewal of the series for another season in May 2021. Moreover, there were reports that the production for the upcoming season will begin in late 2021. However, there are no details available regarding the release date of Fireflylane Season yet. But it will arrive on Netflix sometime in late 2022.

What To Expect From Firefly Lane Season 2?

In the first season of Firefly Lane, Johnny’s medical emergency was a major plot point. Tully also left her chat program, The Girlfriend Hour, after becoming dissatisfied with the production’s misogynist tone at the end of Season 1. Tully and Kate decided to establish their own talk show, which will certainly be a big plot point in the future. Finally, the first season finishes with Tully’s mother, a 14-year-old girl, getting arrested, which significantly impacts Tully’s life.

So, Firefly Lane Season 2 might explore the reasons behind the meltdown of Kate and Tully. There might be some difficulties in their friendship due to family issues. The next season will also focus on what fate has in store for Johnny. Meanwhile, it could also explore Martha’s scrabble as a teenager. After losing her baby, Tully’s complex association with Max will also be the focus of Firefly Lane Season 2.

The first season of Firefly Lane ended with a cliffhanger. It was difficult for viewers to believe Johnny Ryan would be killed off on the show. They have reason to be skeptical, too: he does not die in the book. That isn’t to say the Netflix series won’t stray from Johnny’s story in the novel. For example, neither his divorce from Kate nor the entire “embedded reporter in Iraq” storyline is included in the novel. However, it’s difficult to believe the series will stray so far from the source material that the character will be killed off entirely.

Two secrets were hidden in Season 1’s interwoven timelines. The first was who’s funeral they were going to, and the second was what had caused Kate and Tully’s feud. Firefly Lane Season 2 is expected to pull off the same trick, but with a far more tragic angle. Kate realizes she has inoperable cancer, which is a significant narrative point in the novel. And how she and Tully rekindle their relationship during her final months alive.

Marah’s revolt is another major story aspect in the books. Throughout 2003, Chloe increasingly relies on Tully as a confidante, leaving Kate feeling useless as a mother and irritated that her BFF is going too far. The show established this dynamic with the birth control pills storyline in the first season. Marah’s behavior may worsen now that her father is seriously hurt or dead in Iraq. If that’s the case, Tully might find herself attempting to be nice just to have it backfire on her in Firefly Lane Season 2.