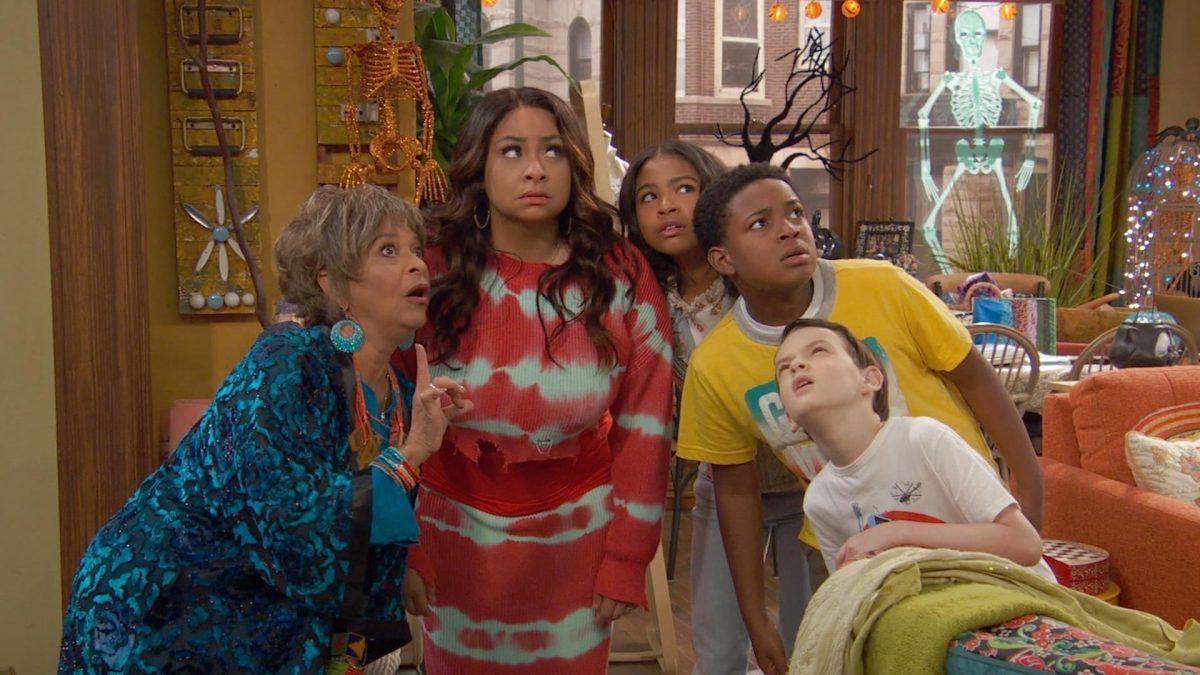 The American family sitcom drama series Raven’s Home is Disney Channel’s attempt to recreate the magic of the early 2000s show That’s So Raven. The spinoff series created by Jed Elinoff and Scott Thomas stars Raven-Symoné in the titular role. The first four seasons of the series have managed to attract the old fans while also gathering some new fans. And as the release for Raven’s Home Season 5 is getting closer, let’s discuss what we know about it.

Disney Channel’s Raven’s Home is a spinoff to the network’s old sitcom titled That’s So Raven, which premiered in 2003. The show follows Raven Baxter. She lives in a Chicago apartment with her two kids and her pal Chelsea and her son named Levi. Raven has some psychic powers, but even she can’t predict the ebbs and flows in her own life. The show also focuses on Raven’s son Booker who seems to have inherited her powers of catching a glimpse into the future.

Similar to his watchful mother, Booker can also peek into what’s about to happen. However, that is more than adequate to drive both of them to meddle with the predicted future. His power to glimpse short sights of the future is developing, and he is finding it hard to control them. On the other hand, often seems to clash with Raven’s own sights, resulting in madcap adventures for everyone living there.

What Will Happen In Raven’s Home Season 5?

The fourth season of the comedy series of the show focussed on Booker, Nia, and her friend Tess. They formed a band together and named it Chi-Lective, and requested Levi for aid in shooting the video. Meanwhile, Chelsea found a new direction in her life working as a life coach, and Raven was clinched to establish her very own fashion and apparels brand. The members of the Chi-Lecture crew had only one goal in mind to win the Radio Eclipse Live Contest. The fourth season ended with each of them on the verge of accomplishing their personal goals.

When the series returns for Raven’s Home Season 5, it will continue the story after the events of the fourth season. Raven and her son Booker will continue using their abilities to see the future for the good. The fifth season will also follow the characters as they persist in advancing their creative pursuits.

The cast for Raven’s Home includes Raven-Symoné in her role of Raven Baxter from the parent series That’s So Raven. Raven’s pre-teen son Booker Baxter-Carter is played by Issac Ryan Brown, while Navia Robinson plays his twin, Nia Baxter. In addition, Anneliese van der Pol appears as Chelsea Grayson, and Chelsea’s son Levi is played by Jason Maybaum. The show also features Brian George as Dr. Sleevemore. So, when the series comes back for Raven’s Home Season 5, most of the main cast members will return to their roles.

When Will Raven’s Home Season 5 Arrive?

Talking about the fifth season, Ayo Davis, president of Disney Entertainment, said, “This beloved series is in good hands with the experienced team of Raven, Scott Thomas, Jed Elinoff and Anthony C. Hill leading an amazing cast and crew.”