Home Entertainment What We Do In Shadows Season 4: Release Date Out? What’s Next For Nadja And Guillermo?
Entertainment News TV Shows

What We Do In Shadows Season 4: Release Date Out? What’s Next For Nadja And Guillermo? 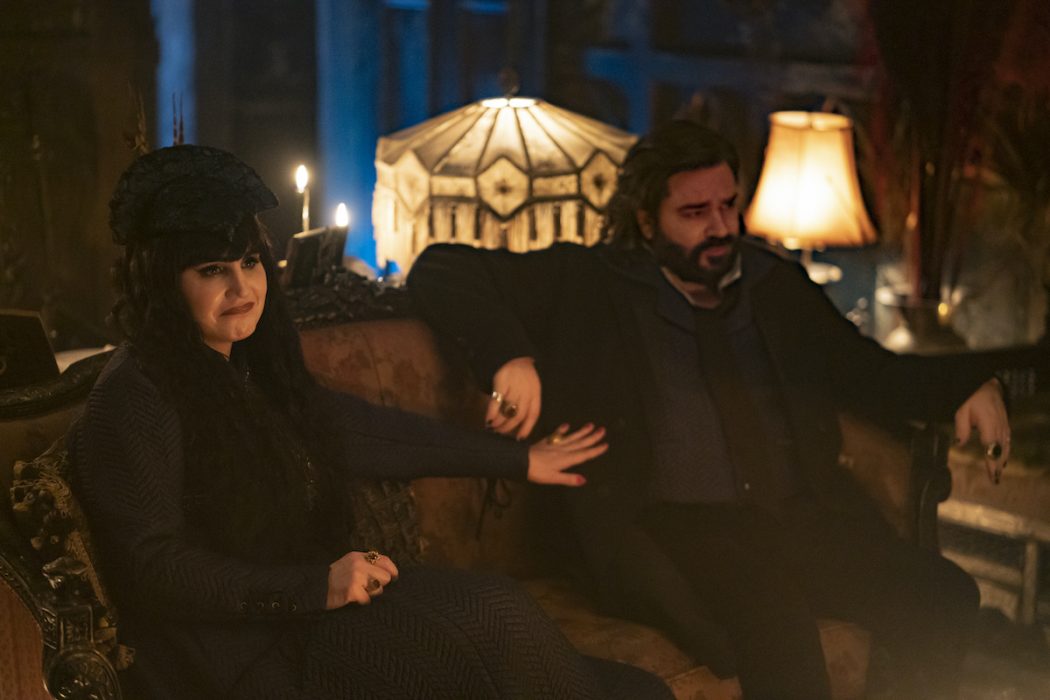 We’ve seen vampires in countless films and shows, but O Boy Vampires have never been funnier. Yes, we are talking about FX’s What We Do In The Shadows Season. The series developed by Jemaine Clement is based on Taika Watiti’s 2014 film. And it took the viewers on an impressing journey of adventures over the course of three seasons. However, things took a drastic turn for Staten Island’s vampires in the third season. Now, fans are waiting to know where the story will head in the upcoming What We Do In Shadows Season 4.

What We Do In The Shadows Season 4: Premiere Date!

Season 3 of the mockumentary series aired on FX from September 2, 2021, to October 28, 2021. Meanwhile, talking about What We Do In The Shadows Season 4, we know that FX had already renewed the series in August 2021. In Late December 2021, cast member Harvey Guillén confirmed via his social media handle that the production for the fourth season has been completed.

So although we don’t have an official release date for the fourth season yet, we know that the season is already in its post-production stage. So if everything goes smoothly, we may get a mid-2022 release date for What We Do In The Shadows Season 4.

Jemaine Clement, the creators, discussed his play for a spinoff during a press conversation. Jemaine said, “Taika and I are working on a new series right now, which we just started writing. I can’t tell you much about it yet, but what’s fun about it and what makes it exciting for me is it’s something I always wanted to do which is long-form episodes in a sitcom.” he continued, “It’s an action-adventure comedy. It’ll be different from what I’ve usually done. I’ve made three sitcoms now, and I hope this one is still funny but more of an adventure series.”

What We Do In The Shadows Season 4 Cast!

The stellar cast of the comedy series What We Do In The Shadows includes Kayvan Novak Nandor the Relentless, Natasia Demetriou playing Nadja, and Matt Berry appearing as Laszlo Cravensworth. In the series, Mark Proksch appears as Colin Robinson, and Harvey Guillén essays Guillermo de la Cruz.

In addition, the series also stars Anthony Atamanuik as Sean, Myrna Cabello as Silvia, and Cree as Jan, respectively. Meanwhile, in the show, there have also been several cameos from popular stars like Mark Hamil, Tilda Swinton, Evan Racheal Wood, among others. When What We Do In The Shadows Season 4 premieres, fans will see most of the main cast members returning in their roles. Also, there might be some new additions to the cast in the fourth season.

Where Did Energy Vampires Come From?

In the third season, Colin Robinson was searching for further information about his past as he approached his 100th birthday. While the ending implied that energy vampires are reincarnated after reaching such a milestone, much more about their beginnings remains unclear.

Given the show’s introduction of the Sire this season, it’s probable that new episodes may provide more secrets. Whether it’s through his understanding or additional study at the Vampiric Council’s headquarters. On the other hand, the secret surrounding the energy vampires’ existence adds a humorous and unpredictable element of mystery to Colin’s purposefully bland demeanor.

How Are Vampires Of England?

The film What We Do In The Shadows provided an insight into New Zealand’s mystical world. Similarly, the series has done the same in the United States. However, the United Kingdom of this world has yet to be discovered.

Laszlo’s own old recollections of life in England may still be true in some circles. But has things altered in the vampire community? The diversity of London suggests that, like New York City, many supernatural cliques exist. But whether Nadja and Guillermo will find the Council there welcoming, we will get the answer in What We Do In The Shadows Season 4!

Also Read What We Do In The Shadows Season 4: Filming Wrapped! Nandor Set To Explore The World, Will It Include The Pandemic?