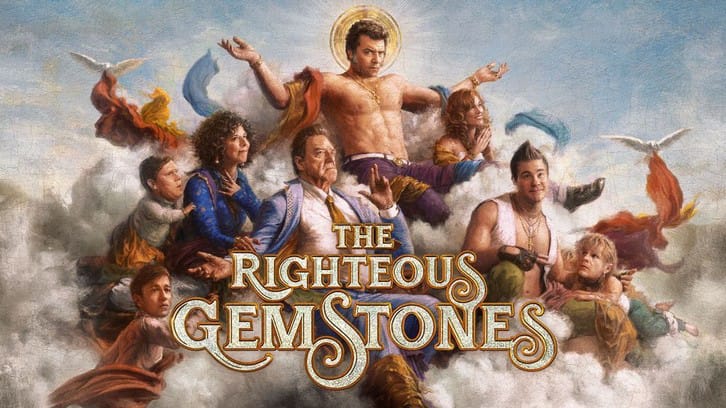 The Gemstones will celebrate a new beginning with Zion’s launch in The Righteous Gemstones Season 2 Episode 9. They will also go after the biker’s gang who attacked Eli. Moreover, Baby Billy will get a chance to spend some quality time with his son. So, keep reading to know all the details about the ninth episode.

The Righteous Gemstones Season 2 Episode 9 Preview: What Will Happen?

The ninth episode of The Righteous Gemstones Season 2 is titled “I Will Tell of All Your Deeds.” The Gemstones will be celebrating the launch of Zion’s Landing in the upcoming episode. Baby Billy will get a chance to make up with his son Harmon. He will spend some quality time with his son. Moreover, the Gemstones will go after the Cycle Ninjas who attacked Eli. It would be thrilling to find who planned the attack on Eli if Junior did not.

depicted the events of 1993 when Junior took over the business after Glendon Marsh Senior’s retirement. Unfortunately, Mark robbed him and escaped the town soon after Junior proved himself capable of taking over his father’s position. In the present, Baby Billy decided to visit his grown son, Harmon, hoping to make amends for his absence as a father. Harmon refused Billy’s efforts initially. However, he punched Billy in the face as an acceptable means of reconciliation.

Elsewhere, Eli was recovering as he praised and thanked his family for their efforts during his absence. Kevin regained the leadership of the God Squad and disbanded them. Judy also accepted Tiffany as a member of the family. Eli too gave his blessings and money for Jesse to pursue Zion’s landing.

Further, Eli confessed the truth about Mark Sr. to his children. He told them his plans to confront Junior to end the conflict. Eli carried out the plan against his children’s wishes. Junior forgave Eli after learning the truth and revealed that he was not behind the Cycle Ninjas. Later in the night, the Cycle Ninjas escaped jail in The Righteous Gemstones Season 2 Episode 8.

HBO will broadcast The Righteous Gemstones Season 2 Episode 9 on February 27, 2022. The network airs a new episode weekly on Sundays at 10:00 p.m. ET. Also, each episode of the current season will have 33-60 minutes of estimated runtime.

If you miss HBO’s broadcast, you can stream the latest episode on HBO Max. In addition, the current season is available to stream on Vudu, Google Play, and Amazon Instant Video. So, don’t skip the ninth episode and keep coming back for more thrilling episode previews only on TechRadar247.com.